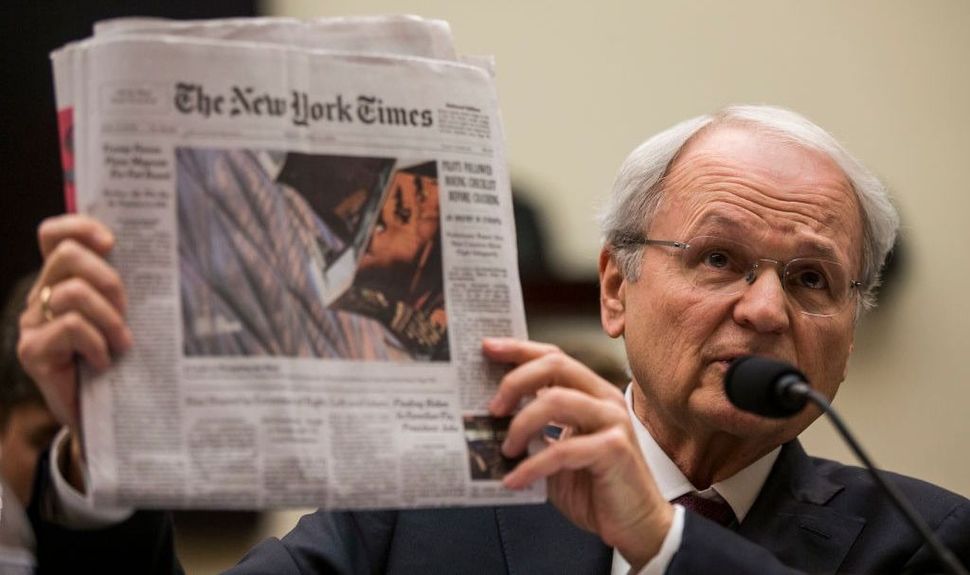 Last May, I was perplexed and amused to see Mort Klein, head of the Zionist Organization of America, respond to an article posted on Twitter about “sex robots.” In a since-deleted tweet, Mort lamented that they didn’t exist while he was in high school, because he apparently was not the suavest with women at that point in his life.

Over the past year, in a series of sophomoric tweets, I’ve needled him about this incessantly. This week, he finally called me out on it, tweeting, “You don’t need to hurt me by insulting me. I was simply making a silly joke.”

You don’t need to hurt me by insulting me. I was simply making a silly joke. And I had and have a wonderful social life with many friends both male and female. And I’ve been with my dear supportive wife for well over 40 years and have been blessed with a daughter and 4 grandkids https://t.co/ki4A6TaSFZ

Instead of engaging in ad hominem attacks, I should have engaged in civil discourse and thoughtfully articulated how inappropriate it was for him to suggest that AIPAC, the American Jewish Committee and the Union of Reform Judaism support “Nazi-like behavior.”

Instead of suggesting Mort Klein had a robot fetish, I should have pointed out the association fallacy in his argument that HIAS or NCJW support enablers of sexual assault.

Instead of insinuating that Mort Klein liked to fornicate with robots, I should have gently pointed out that when he said the ADL “joined radical Islamists/Israel haters” when they were advocating for Syrian refugees, he was pandering to our most base fears rather than our greatest ideals.

Instead of saying that Mort Klein dreamed of shtuping robots, I should have explained the underlying problems that his casual and explicit racism create for the Jewish community.

When I reached him by phone, Mort told me he is proud of everything he’s written (more on that soon). But I’m not.

My coarse language on social media towards Mort and others might have made me feel good and given others something to laugh about. But while it certainly got me some nice buzz, it did very little to advance the causes I really care about, and arguably did nothing to help the Jewish people. In my local community in Saint Louis, it has justifiably raised questions about my ability to serve as a Jewish communal leader and educator, and in one case prevented me from serving on the board of a local Jewish non-profit.

Our community should be cautious about bestowing leadership opportunities to those who bully others. We should be careful about providing platforms to those who have consistently used them to coarsen the dialogue. And we should not honor folks for their service to the issues that matter to our community while they are simultaneously punching down.

And yet, for reasons that I still don’t understand, our community is willing to tolerate and even elevate extremists on the political right in a way that we do not tolerate on the political left. Organizations and individuals on the left who are outside of the consensus view on Israel and support a one-state solution are deemed to be BDS supporters, anti-Semites, or worse, and are rejected from participating in the mainline Jewish community.

Yet those on the right who are outside of the consensus view on Israel and support a one-state solution where Jews rid themselves of their Arab neighbors by any means necessary are somehow still welcome at the table.

We see this when mainline community umbrella organizations are willing to deny membership to groups if they partner with others who don’t hew to pro-Israel orthodoxy, and yet Mort Klein and the ZOA who call the two-state solution “a myth,” continue to have a seat at the Conference of Presidents of Jewish Organizations.

We see this when our Jewish Federations and JCRC’s around the country continue to promote and partner with right-wing Christians and radical Islamophobes because they’re seen as pro-Israel, while simultaneously funding secret organizations that demonize and attack politically progressive Jewish college students.

The same day a Florida State Representative was being called out by the local press for saying a Jewish constituent was a “Judenrat” — a Nazi collaborator, he was being thanked for his “friendship,” and “leadership” by the Jewish Federation of Palm Beach County because he had sponsored a bill intending to create a legal definition of Anti-Semitism.

I often wonder why our mainstream Jewish communities and organizations tolerate this bad behavior from some but not others — and I can’t help but look inward. Because the truth is, this whole year I knew it was wrong to troll and needle Mort over what was very obviously a self-effacing joke. But each time I saw him defend the alt-right, or bully and harass others online and in the most powerful rooms in America, I told myself it was for the greater good, even when I knew it wasn’t.

I believe that our communal professionals know the same truth deep in their heart of hearts. They know that the behavior of extremists on the political right is just as intolerable of those on the left that they already reject. But each time they see right-wing extremists defend Israel, or bully and harass our enemies, they tell themselves it’s for the greater good, even when they know it’s not.

After I thought about writing this piece, I called Mort to apologize for these cheap shots. He was surprised to hear from me. “This is Russel Neiss? From the Twitter world?”

I asked him if, like me, he had any regrets about his strong language in the past. He did not, and proceeded to justify many of the statements I found most problematic, by… deploying many of the same stereotypes I found so problematic. (“You know the Jews are not speaking out against these Blacks and Hispanics — it happens to be Blacks and Hispanics each time — attacking conspicuous Jews in Williamsburg and Borough Park and Crown Heights. So that’s why I say Nazi-like, because it is Nazi-like and because I want to get their attention that this is serious.”)

Eventually though, he did express a smidgen of regret. When I asked about his willingness to tie HIAS and NCJW to an alleged sex offender through guilt by association, he relented. “It may have been ill-advised for me to make it seem as if they are supporting some aspects of the things she’s done, which clearly HIAS and NCJW are not supporting,” he said.

As for our willingness to accept coarse language from those who bully and harass our enemies so long as they defend Israel, Mort agreed.

“A friend to Israel gets a lot of slack from me,” he admitted.

Going forward, I’m going to try and ignore my inner demons when it comes to calling out Mort’s sex-positive views on robots. But the broader challenge of tolerating extremists in our community still remains.

On the left we’ve decided that actively saying anything nice about BDS supporters or even partnering with them on issues beyond the confines of the Israeli/Palestinian conflict is beyond the pale.

Russel Neiss is a Jewish educator, technologist and activist who builds critically acclaimed educational apps and experiences used by thousands of people each day.