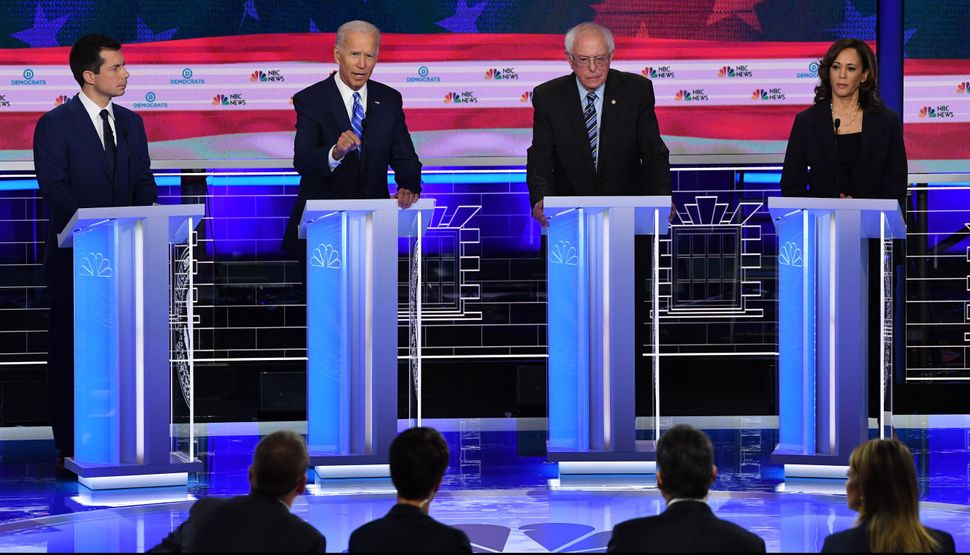 But those debates only briefly touched on the area of policy where the president has the most power: foreign policy.

Every morning, the president wakes up and receives a daily briefing about threats across the world. They have to make decisions about military and covert operations, talk to foreign leaders, and make decisions that impact millions of people.

Unlike domestic legislation – which has to go through both houses of Congress and under which the President has limited influence – the executive branch has enormous unilateral power in the realm of foreign affairs.

Yet the candidates, most of whom have thin resumes when it comes to dealing with our foreign challenges, were rarely asked about their record and ideas about engaging with the world.

In the first of two Democratic debates this week, foreign policy only briefly reared its head, with a question about the Iran nuclear deal, a question about preventing atrocities overseas, and an exchange between Hawaii Democratic Rep. Tulsi Gabbard and Ohio Rep. Tim Ryan about the war in Afghanistan – America’s longest conflict. In two hours, viewers received no detailed discussion about the size of America’s military budget, which is larger than the budgets of the next seven countries combined.

In the second debate, more than an hour and a half of the two hour debate had passed before a foreign policy question was finally introduced. Moderator Chuck Todd asked candidates about which foreign relationship they would “reset,” but gave them no time to explain how or why.

“I’m trying to get one or two words here,” he told the candidates, going from politician to politician to quickly blurt out an answer.

Moderator Rachel Maddow asked Biden about his vote to authorize former President George W. Bush to invade Iraq – one of the most momentous foreign policy decisions of the 21st century – but Biden’s response was vanishingly brief, as he replied by calling for an end to the war in Afghanistan, a topic that was not otherwise explored in the debate.

How quickly would Biden commit to ending the war? Would he continue limited counter-terror operations or pull all troops out altogether? What did the other nine candidates on the stage think about the conflict? Thanks to the moderators’ limited interest in the topic, we simply did not know the answer to these questions.

Lest you believe that voters simply don’t care about foreign policy, recall the swing voters across the Midwest who broke towards Donald Trump in election 2016. A study published in 2017 found a relationship between areas of the country with high military casualties and pro-Trump votes.

Perhaps cognizant of this desire under the surface to address America’s endless wars, Vermont Senator Bernie Sanders did sneak in a call to “take on… the military-industrial complex” – a vast and sprawling defense industry that has dominated the agendas of virtually every president, Republican or Democrat, since the Second World War, in his closing statement.

This simply isn’t the debate we need to have about the person who we are debating elevating to the position of commander in chief where they will control the world’s most powerful military and a nuclear arsenal.

How much we should spend on the military and what we should use it for could’ve been an entire two hours by itself, at the very least.

One way for the Democratic National Committee (DNC) to better serve the country would be to authorize foreign policy issue-focused debates. These debates would allow candidates to explore issues like trade, international climate agreements, drone warfare, overseas military bases, our engagements in Afghanistan and Syria, and our alliances with countries like Saudi Arabia and Israel.

The next president will have immense power over these issues, yet they are not being asked to elaborate on their records or ideas in this area in any level of detail. The DNC and the media must do better.