Which Democratic Candidate Gets Intersectionality Best? A Ranked List 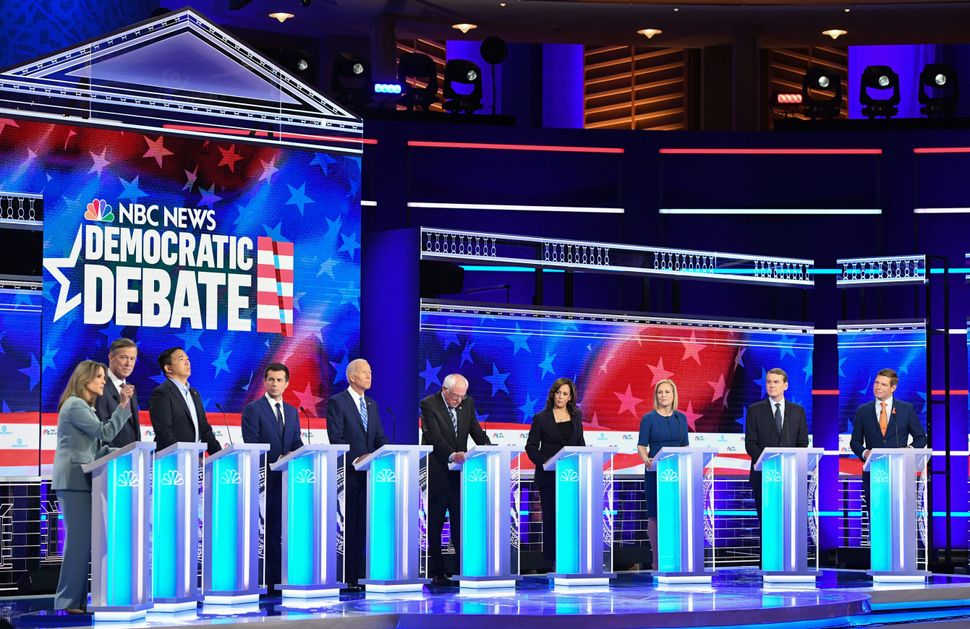 The left is fractious. Where the right wing prizes uniformity and compliance, we lefties come from hundreds of perspectives. To get us marching in the same direction takes a compelling force. Hence the adage, “Democrats fall in love, Republicans fall in line.”

The 2016 Democratic presidential primary was a fiasco because Bernie Sanders couldn’t wrap his brain around the ways that race and gender impact economic inequality, and Hillary Clinton was too easily tarred with the failed neoliberal policies of her husband’s administration. (Also, sexism.)

This gave the Russians/Republicans leverage to tear the left apart, induce key constituencies to stay home or cast protest votes, and throw the election for Donald Trump.

That’s why, this nominating cycle, I’m most interested in candidates who have an intersectional analysis of the problems we face, and whose lived experiences give them a direct understanding of at least some of those problems.

Over the last two nights, we heard from twenty Democrats, each of whom believes that she (or he) is the right person to take on Donald Trump. After the first round, here is my analysis of the performances I found most notable.

It struck me that when Elizabeth Warren was asked a question about the economy, she came right out of the gate with an example of the for-profit prison system’s devastating impact on communities of color. That’s a great example of the thinking Democrats need to bring to this election cycle. I also appreciated how she spoke to gun violence not only in terms of our perpetual headline-grabbing mass shootings, but as a day-to-day public health emergency.

Julián Castro is a textbook example of how lived experience matters in policymaking. His analysis of immigration was head and shoulders above everyone else on that stage, and his conclusions were spot on: We must stop talking only about refugees and asylum seekers while being silent about our government’s ongoing terror campaign against people whose only crime was not getting around to the paperwork. Castro’s moral clarity on decriminalizing undocumented people is rooted in his identity and the communities he’s part of, and I am here for that.

I loved what Kamala Harris had to say about DACA, decriminalizing undocumented people, and the cost of health care. Her clarity on Trump’s instability and climate denial as existential threats to our species was necessary and refreshing. Her exchange with Biden about bussing and his collaboration with segregationists was blistering and necessary. However, her work to shut down Backpage when she was the Attorney General of California made life harder for the sex workers I know and love, and you really can’t claim to stand for bodily autonomy and the rights of workers if you’re not standing up for sex workers.

Cory Booker’s lived experiences not just as a Black man in this country, but as someone who has lived up close and personal with poverty and gun violence are absolutely crucial for us to listen to, and I jumped out of my chair when he specifically mentioned the violence that Black trans people face. I also appreciated his mention of immigration not just as a border issue, but as a case of ICE terrorizing our communities.

Jay Inslee has been a great governor for us here in Washington. A friend of mine who works on the issue of post-partum health recently told me a story about him reading a news article about maternal mortality rates among women of color and deciding he was going to reach out, learn more, and do something about it without having to be lobbied. That, in addition to his desperately needed climate advocacy, is why I’m glad he’s in the race; but I’d hate to lose him here in Washington.

Pete Buttigieg impressed the hell out of me with how bluntly he took responsibility for the police brutality death that recently took place on his watch. He’s clearly got leadership skills and he has lived experiences as a veteran and a gay man that are important to have at the table. He’s articulate and his values are pitch perfect, but I want to see him develop more as a leader – including seeing this police brutality investigation through – before I’ll take him seriously as a presidential candidate.

Beto O’Rourke had couple of impressive moments, most notably on the criminalization of mental illness and the need for a new Voting Rights Act; but he’s not compelling enough to justify remaining in the race when he has a shot at flipping the Senate seat currently held by John Cornyn. As more than one candidate pointed out, ending Mitch McConnell’s stranglehold on our democracy is essential, and O’Rourke actually stands a chance of shifting the balance of power in the Senate and handing the Majority Leader title to someone who actually deserves it. He should check his ego and switch gears.

And finally, because I couldn’t not notice them, given how much stage time they were given, let’s talk about Joe Biden and Bernie Sanders. I have respect for some of what these two men have done during their time as leaders of our country, but that time is drawing to a close. Their lived experiences as white men of a certain generation means that they are not attuned to the issues we face in the same way that some of the other candidates are. Neither one of them should be running for President. They need to put ego and ambition aside for the good of the country.

Which Democratic Candidate Gets Intersectionality Best? A Ranked List