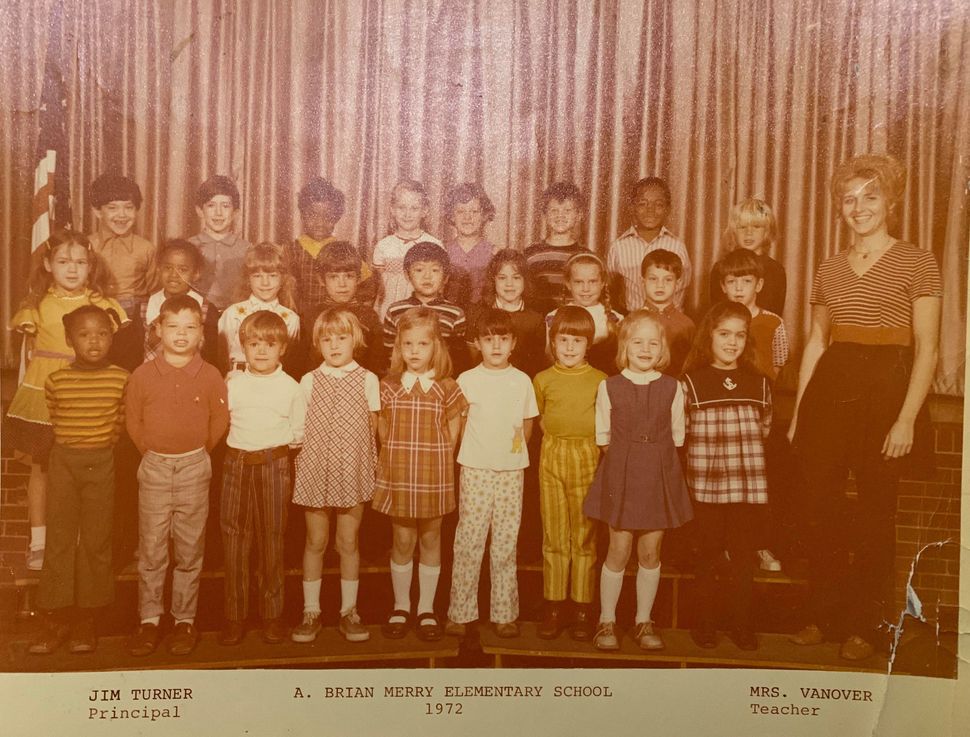 In 1972, I was six years old and attending first grade at an elementary school in Augusta, Georgia. My two older brothers and I were, as far as I knew, the only Jews in the school.

But on March 15 of that year, we would also be the only white students in attendance.

The previous evening, my father had sat us down and, speaking to us very much like adults, told us what was happening in the wider world around us. Our school district was under a federal desegregation order, and African American students were going to be bused into our school.

This was 1972, in the heart of the South, and while most of the hard battles of the Civil Rights Movement were behind us, hearts, minds, and white supremacist culture were slower to change than the laws of the land.

White parents decided to protest and keep their children home that day. My father left the decision up to us.

Instead of telling my brothers and me what to do, he trusted that we could figure out the right thing to do based on all he had taught us, not just about Judaism but about our family members who perished in the Holocaust. We had been the “different” ones ourselves, so was it appropriate for Jews to follow the other white kids into the boycott?

The next morning, my brothers and I woke up as usual, got dressed, ate breakfast, and went to school.

And though the white parents kept their kids home, we went through a perfectly normal day. The only difference I noticed was how many new kids there were to meet.

To this day, I am proud of this decision we made.

So, when I saw Democratic presidential candidates Kamala Harris and Joe Biden argue a few days ago over bus desegregation, my mind immediately hit rewind to 47 years ago, and my own family’s desegregation drama.

And when I heard Biden deliver the ancient, racist rallying cry of “states rights,” I shook my head.

The state of Georgia was not ready, even as late as 1972, to accept school integration. Harris was right. It took a federal court order to force desegregation in Augusta. It was an order that was not lifted until 2013.

But the postscript to this story is something I did not learn until much later, when I examined it as an adult. Many white parents could never accept their children sharing a classroom with African American students, and while the boycotts could last a day or two, in the end, they had to send their kids to school.

Culture is slower to change than laws. Sometimes, it takes generations. I would be the only white kid who swapped desserts with an African American classmate at lunchtime. My white classmates refused to eat any food they touched.

Eventually, white parents got together to open private schools for their own kids, resulting in what for decades still was a de-facto segregation.

Three years after my school integrated, in 1975, my family and I came home from vacation to find our house vandalized and defaced with swastikas and anti-Semitic slogans. It wasn’t random. The vandals knew we were Jewish and had even written our names, specifically, on the wall. Not only that; they tortured our three black cats we had left at home. Their whiskers were cut, their fur singed with cigarette burns.

The truth is, although my skin was white, we were never considered white at all in a deeply racist Augusta. “My daddy told me that Jews killed Christ” was a refrain I had heard more than once.

After that, my family immediately packed up and moved to Michigan. I never even got to say goodbye to my friends. It was one of a few key experiences in my childhood that became so hard-wired into my brain that it altered the way I thought about everything.

I think of these experiences when I hear about “white privilege” also applying to Jews. Maybe that is true for some Jews, but I did not feel that way at all when I lived in Augusta.

Either way, I will always be grateful to my father for trusting me to become the person I am today – at six years old.