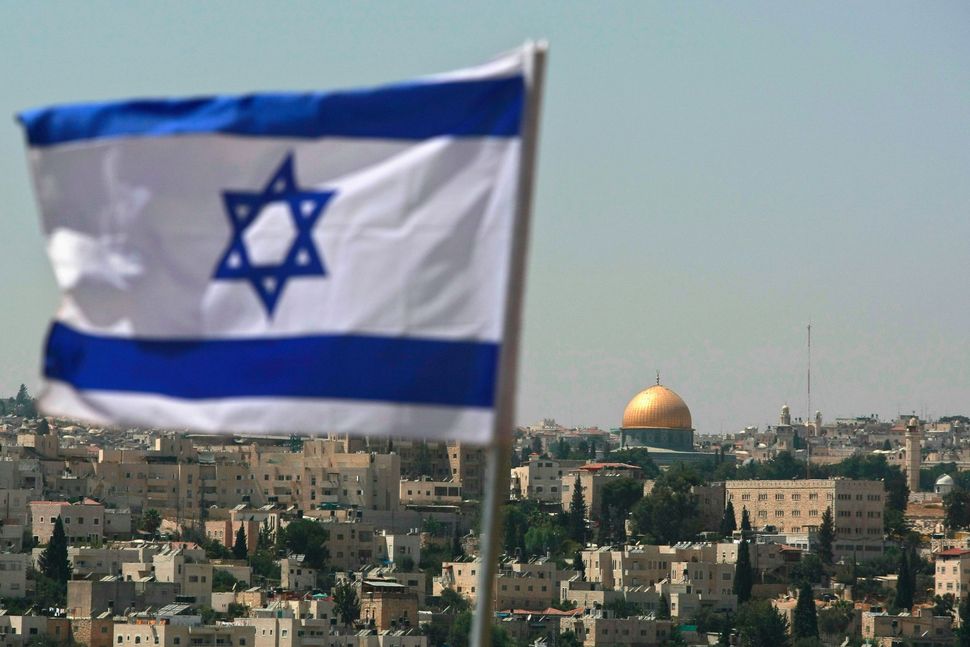 An Israeli flag flies from the Kidmat Zion Jewish settlement community on the outskirts of the Arab village of Abu Dis, where the Old City with its golden Dome of the Rock Islamic shrine is seen in the background, August 18, 2008 in East Jerusalem, Israel. Image by Getty Images

As part of their alleged plan for the Middle East, the Trump administration held what they called an economic “workshop” in Manama. It was an utter failure. 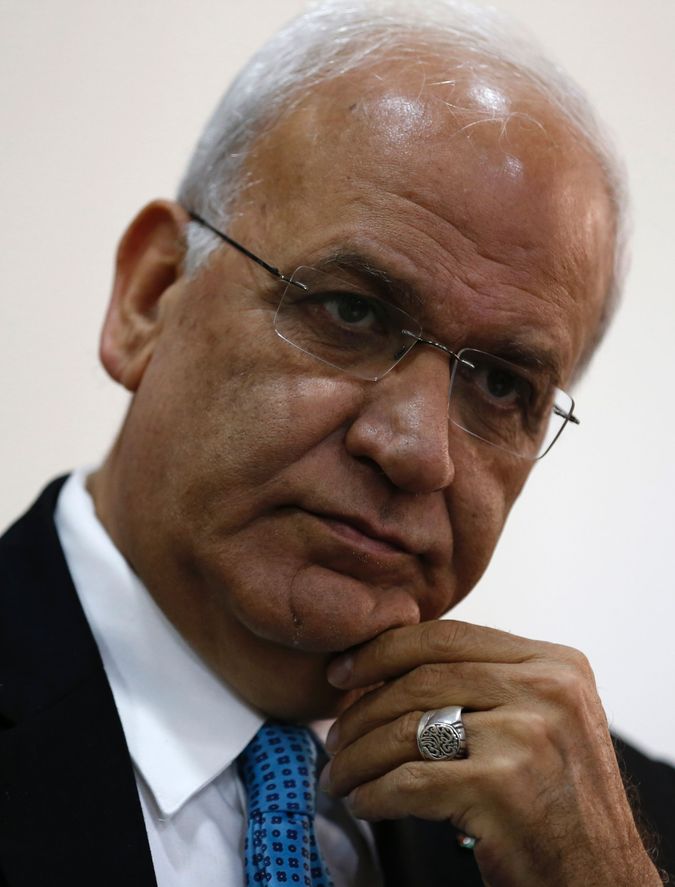 Palestinian chief negotiator, Saeb Erekat, looks on during a press conference in the West Bank city of Ramallah, on July 4, 2016. Image by Getty Images

For peace to prevail and prosperity to thrive, Israel must end its occupation and stop obstructing the national, political and human rights of the people of Palestine, including freedom and sovereign control over our own economy. This very message was repeatedly echoed, even by many of the participants in Manama.

But Manama was not about supporting the economy of a thriving, free and independent Palestinian State. It was about the perpetuation of Israel’s occupation and colonial-settlement enterprise.

For a while, it was possible to see the Trump Administration’s actions as simply biased in favor of Israel. No longer. It is in fact a full-fledged underwriting of the ideological dynamics at play, which negate Palestinian rights, international law, and United Nations resolutions.

Kushner, along with Ambassador David Friedman — himself a supporter of the settler movement — and Special Envoy Jason Greenblatt have exposed a clear goal of eliminating the Palestinian national project, to the benefit of those who advocate for “Greater Israel.”

No wonder Prime Minister Benjamin Netanyahu promised his voters that he would annex more of the occupied territory of Palestine during the previous election cycle.

Now that this plot, which has been clear to us Palestinians all along, has been so clearly exposed to the rest of the world, the question is: What are you going to do about it? Those who attended Manama have an opportunity and a responsibility to make clear that their presence at the summit did not amount to supporting Kushner’s efforts to propagate Israel’s expansionist enterprise and desired apartheid in a Greater Israel in which Palestinians have no rights.

This is not a mere rhetorical issue. While there are those who hope that a change in the US administration may reverse the Trump administration’s hostile measures, reality suggests that it may be too late at that point for a negotiated two-state solution.

The support the Trump administration has lent to Israel’s expansionist plans, beginning with its recognition of Jerusalem as Israel’s capital, extends beyond verbal commitments to accepting further Israeli annexation of occupied Palestinian land — a war crime under international law. It has overseen the dramatic increase of Israel’s colonial-settlement activities, including home demolitions and ID revocations, which are designed to make an irreversible change in Palestine’s landscape, specifically in Jerusalem.

The Eastern part of Jerusalem, which is the occupied Palestinian capital, has for too long suffered the continuous Israeli efforts to alter its character and identity. These efforts include allowing settlers to take over Christian buildings in Jaffa Gate, building more settlements, advancing other related tourism projects such as the cable car, allowing attacks against Muslim worshippers at Al-Aqsa Mosque Compound, the underground excavations carried out by Israeli settlers in Silwan, and the ongoing criminal raids in al-Isawiyeh.

Our allies must speak up. A new political reality requires world leaders to act firmly, starting with the recognition of the State of Palestine on the 1967 border, with East Jerusalem as its capital. This will at least serve as a diplomatic barrier against US and Israeli attempts to erase the political rights of the Palestinian people.

Such steps are no longer a matter of choice: Failure to act at this stage, where the threats of further annexation are looming, only strengthens the Israeli colonial enterprise in occupied Palestine. After 52 years of oppression, colonialism and exploitation of our lands and resources, we have every right to demand sanctions against the Israeli occupation.

To be clear: The occupation is not going to end out of “goodwill” but only as the result of a courageous global action that will force Israel to change its calculation — by making its occupation costly and not profitable.

The failure of Manama serves as a reminder for those who, unlike the Trump administration, aim at the realization of a just and lasting peace — to reaffirm the Arab Peace Initiative as the formula for engaging the rest of the region in the context of an agreement that fully ends the Israeli occupation that began in 1967 and achieves a just solution to all final status issues based on international law and UN resolutions.

Manama has highlighted how isolated and detached from reality the Trump Team is. Regardless of their arrogance and ignorance about basic rules of international engagement and their ideological commitment to the Israeli occupation and its colonial enterprise as seen in Silwan, they have failed to change the terms of reference for a peace agreement as defined in international law, UN resolutions and previously signed agreements.

No matter how many unilateral measures have been taken against us, we stand firm on our principle that peace can only be achieved in a context that aims at equality and freedom for all.

We remain open to dialogue and cooperation with all international parties to advance on this internationally agreed vision.

Dr. Saeb Erekat is the Secretary General of the Palestine Liberation Organization and head of the Negotiations Affairs Department.