I’m Jewish And My Partner Is Palestinian. I Was Barred From Israel. 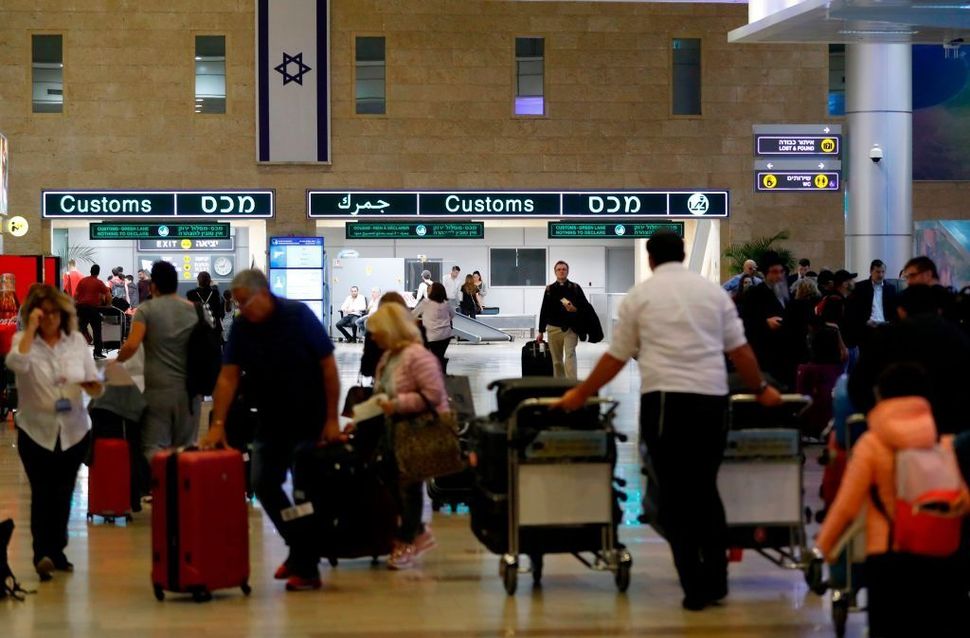 I wish I could say I was shocked and surprised like so many of my fellow Jewish Americans when Israel denied entry to US Congresswomen Ilhan Omar and Rashida Tlaib last week. However, for me it was business as usual.

As I read through the hand-wringing theories about who was to blame — Trump, Netanyahu, the Republicans, the upcoming elections in Israel and the US — they all seemed to miss the point. The fact is, Israel regularly denies entry to travelers. Desmond Tutu, UN Special Rapporteur on human rights Richard Falk, and Noam Chomsky are among those who’ve been turned away. So is a young Spanish clown who planned a series of performances for Palestinian children.

I learned about this policy in detail during my time as campaign coordinator for Right to Enter, a citizens group in Ramallah, West Bank. The group is led by volunteers, including Sam Bahour, a prominent Palestinian-American communications executive, and Amira Hass, the noted Israeli journalist.

This grassroots campaign defends the rights of access, movement and residency in the Israeli-occupied Palestinian territory. Recently, they worked with Birzeit University to oppose the harassment of international academics traveling to teach in the West Bank.

The year I worked for Right to Enter, a member of my own extended family almost became one of these statistics. Most people don’t realize that there are many Jewish-Palestinian couples in my generation. My partner, Eddie, and I are one of them. I grew up in Pittsburgh’s close knit Jewish community, and he has roots in Taybeh, a Christian village outside Ramallah known for its eponymous beer.

When Carol, Eddie’s sister, came to visit, she was held in detention for hours of questioning. The Israeli border guards said it was suspicious for a Palestinian woman of marrying age to travel alone. 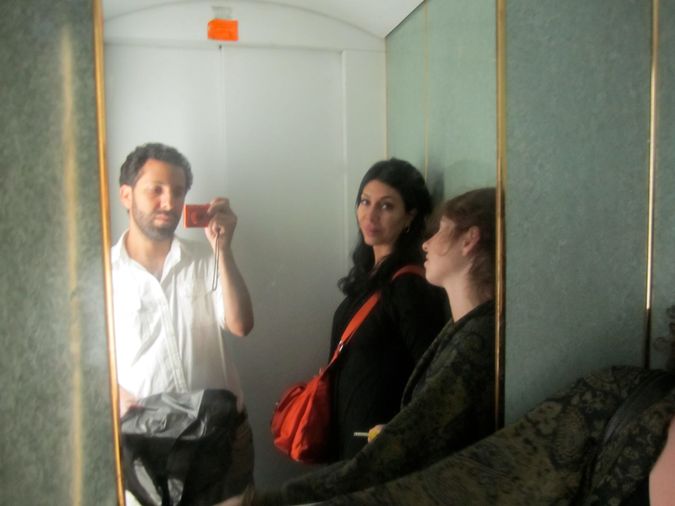 The author with her partner Eddie and his sister Carol

It’s hard to describe the helplessness Eddie and I felt that day. We sat in the comfortable shade of our furnished apartment in Ramallah, separated from Carol by cities and multiple checkpoints, facing an opaque bureaucracy determined to turn our family vacation into a nightmare.

Suddenly, the work I’d done for Right to Enter meant nothing. The meetings with local human rights organizations and international diplomats, the meticulous documentation of abuses dispersed in newsletters to like-minded people, couldn’t help me help my family cross the border. I spent the afternoon calling local friends and colleagues who said what I knew they would say: that there was nothing to do but wait. Carol would hopefully not be arrested, or detained for days without a warrant, or deported. But if she was, there was very little I could do. If the US Embassy intervened at all, which it typically didn’t, it wouldn’t do so until she made it through questioning. If I went to the airport, I’d only risk getting deported as well.

I anxiously cooked dinner for a guest I might not be able to feed.

We were lucky. A relative of theirs had connections in the State Department from his time translating for the US Army in Iraq. He called to intervene. Carol arrived a few hours later, her tiny frame filling the doorway with determined cheerfulness, refusing to let her exhaustion show.

She was generous about the meal, though it was over-spiced. For two weeks, we rode around the country, sunned ourselves at the Dead Sea, ate plates of meat in Jericho, plates of fish in Akka, and squares of knafeh at Eiffel Sweets overlooking the lion statues in Manara Square in the center of Ramallah.

The next year, Eddie and I traveled to Cairo, then headed east to the Egyptian city of Taba. We planned to cross the border and return to Ramallah to see family, then to Beirut, where he’d been accepted to an art residency.

We’d each obtained a second copy of our US passports, an accepted administrative formality when traveling to countries like Israel and Lebanon that don’t enjoy mutual recognition. If we showed up at the Lebanese border with an Israeli visa, we’d be turned away, and vice versa. Two passports solved this problem, but posed another. If the Israelis searched our bags and found two passports, they’d naturally wonder where we were going next. We prepped with our American and Egyptian journalist and artist friends, who encouraged us to be forthcoming, rather than get caught in a lie.

We arrived at the border with equal parts worry and anticipation. We knew a number of international activists were planning to travel to Israel that day to protest the occupation, and that the border guards would likely be on edge. I also knew from the statistics I’d looked at during my time at Right to Enter that the border between Egypt and Israel was particularly tricky and unreliable. But we couldn’t put off our plans.

This time, I was the one taken aside for hours, questioned by a woman who Googled me and discovered my history of human rights work and my writing about the conflict. Eddie, a politically committed poet and artist, waited anxiously in the lobby.

This time we weren’t as lucky. We were told Eddie could pass through, but I couldn’t. I’d been blacklisted.

With guards staring at us, he had to decide whether to abandon me in Egypt, or to abandon his connection to his family and ancestral home. I felt it was my fault, that I should have been someone else, without a history that could sabotage our summer plans.

He looked at me with anguish, his silence underscoring the inadequacy of my gesture.

“It wouldn’t be a vacation without you, though,” he said, finally, and hung his head. “Let’s go.”

As we turned to leave, one of the guards rushed behind us with a look of contempt and threw our suitcases so they almost hit us.

We reached down to pick them up, made our way through the turnstiles to the curb, and traveled north to Lebanon, numb with shock.

We haven’t been back since.

Laura Kraftowitz is a masters candidate in creative writing at Wayne State University in Detroit.

I’m Jewish And My Partner Is Palestinian. I Was Barred From Israel.