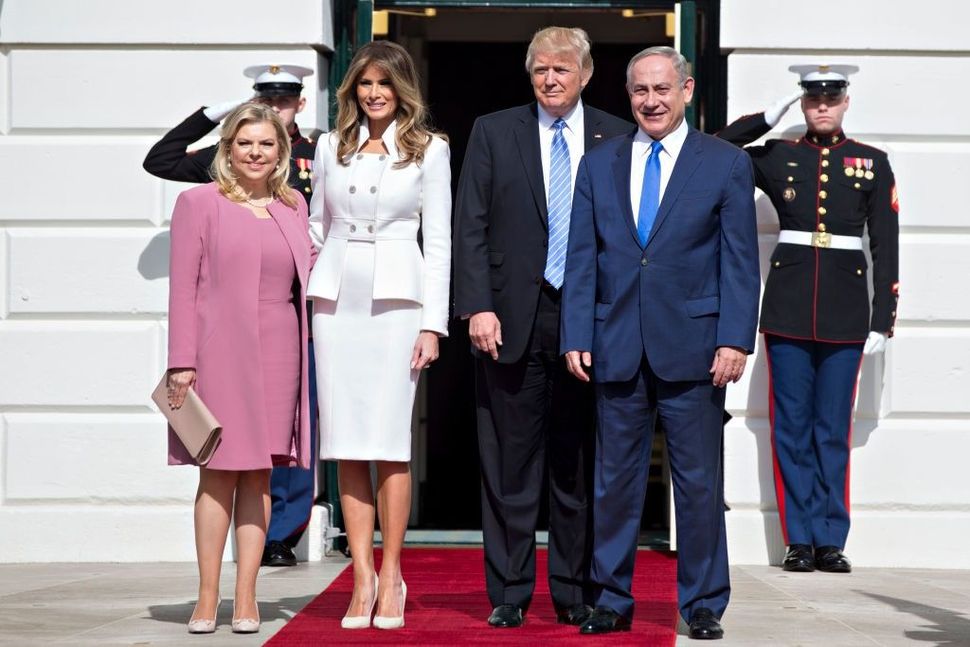 I’ve always believed that the friendship between Israel and the United States is based on deep, shared values between their respective peoples. It’s a thought that has offered me some comfort as Israeli Prime Minister Benjamin Netanyahu and President Trump seem so committed to proving me wrong. The two seem to labor tirelessly to make of the Israel-America alliance a partisan issue; in only the latest salvo, Netanyahu barred two U.S. Congresswomen from entering Israel, Rashida Tlaib and Ilhan Omar, at Trump’s behest, dealing a severe blow to the bipartisan nature of the relationship.

Still, I reminded myself of the shared values, and take comfort. But lately, I’ve started to question the belief. I’ve found myself thinking: Really? Do the U.S. and Israel really still share values?

Only last week, as the electoral campaign in Israel advances towards the September 17th election, Prime Minister Netanyahu signed a pact with Moshe Feiglin, a right-wing extremist who believes that Palestinians should be encouraged to emigrate and seek self-determination in other Arab countries: In exchange for a ministerial position in the future Netanyahu government — if one is voted in, of course — Feiglin will drop out of the race so no votes will be lost.

Then, this last Sunday, Netanyahu again promised to annex the West Bank, in a public ceremony in the West Bank Settlement of Elkana. “With God’s help we will extend Jewish sovereignty to all the settlements as part of the (biblical) land of Israel,” he said, effectively killing the two-state solution.

Needless to say, a greater Israel in which only some residents are citizens who enjoy civil rights is not consistent with the values of the United States.

But Netanyahu isn’t the only one. This electoral campaign has become a parade of right-wing ideas in the main opposition party too, Benny Gantz’s Blue and White Party.

A few weeks ago, Ayman Odeh, head of the Arab majority party The Joint List said he’d be willing to take part in a government led by Benny Gantz. Instead of rejoicing, Blue-White’s leadership rushed to declare that Odeh and his colleagues would actually not be invited to join an eventual Gantz government. And during the recent tensions in Gaza and then in Lebanon with Hezbollah, Blue-White decided to attack Netanyahu from the right, promising to be even harsher militarily.

Clearly, Israeli politicians are promising conservatism and right-wing policies to appeal to the “median” voter. And it’s working for them: One reading from last April’s elections, consistent with all the polls so far for the September elections, is that the vast majority of Israelis — and of Israeli Jews even more so — sympathize with center and right-of-center parties, including extreme right-wing parties.

When it comes to American Jews the trend is even stronger: over 70% voted for Hillary Clinton in 2016, while 80% voted for Democrats in the 2018 midterm election. And it is becoming increasingly clear over time that most American Jews strongly oppose President Trump and do not want to see him in the White House for another term.

So, what are the shared values we are talking about, exactly? American Jews continue to be at the forefront of many progressive movements in their country, while many Israeli politicians are strategically moving farther and farther right.

These Israeli politicians openly talk about more military force and no negotiations with the Palestinians, a priori excluding parties that represent 20% of the population from a government coalition. They even talk about conversion therapy for LGBT persons, an idea that was abandoned as inhumane by liberals and moderates in the U.S. long ago. These politicians, while popular in Israel, wouldn’t get elected to a school board in America if their constituents were American Jews, especially young ones.

It’s a symptom of a disease that has already been diagnosed by many: the sharp break between Israel and diaspora Jews.

The treatment to this disease, however, is still unclear. All the massive efforts to promote exchanges between Israel and Jews in the diaspora, programs like Birthright, for example, while good and necessary seem not to be very effective at helping this problem. Sometimes, these spaces even alienate young diaspora Jews who question whether they actually share values with today’s Israel as they were taught when they can’t visit the occupied territories in an exchange trip, or when Reform and Conservative Jews are looked down on in an Israel where the Orthodox movement rules.

Israel continues to navigate towards dangerous waters, and now more than ever it needs all Jews to take a clear stand and help it pivot towards a place where we all can say, proudly, we share the values of being a light unto the nations, a peace-seeking country, an advanced democracy, and a homeland of the Jewish people with full rights to all of its minorities. After all, even if we aren’t conscious of it, we are all in the same boat.

Dany Bahar is an Israeli and Venezuelan economist. He is currently a David M. Rubenstein Fellow at the Brookings Institution and an associate at Harvard Center for International Development.