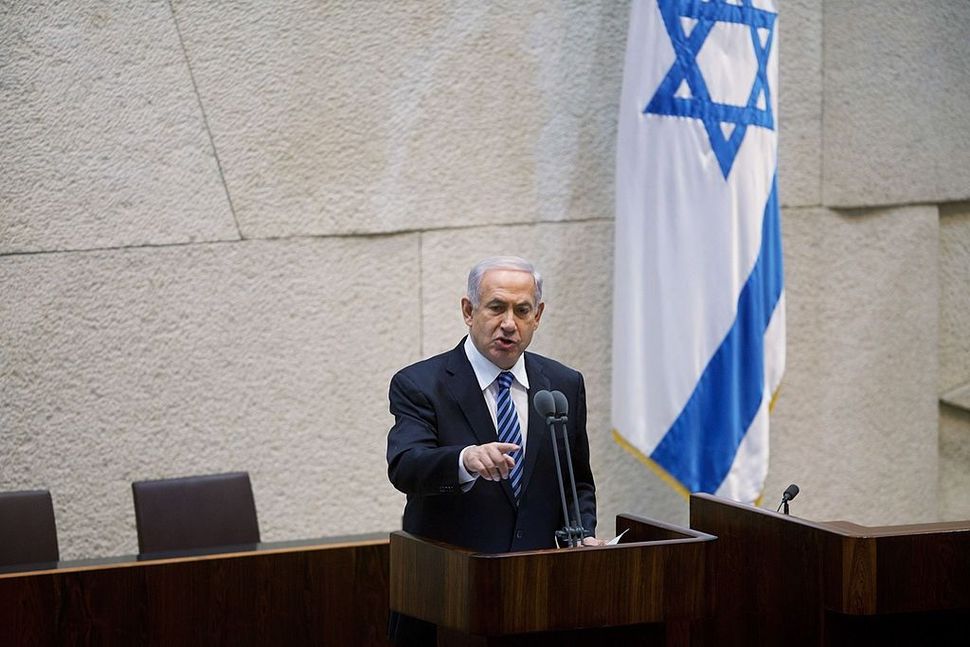 Tuesday was election day in Israel. But no winner has yet been declared. As of this writing, it appears that the parties committed to supporting Benjamin Netanyahu for prime minister will not win a majority in Knesset. At the same time, the opposition parties ostensibly committed to ousting him will also fall short of a majority.

It’s too early to predict exactly how this stalemate will end. But for the liberal majority of American Jews anxiously watching the election results, uncertainty was one of the better possible outcomes. Every Israeli election since 2009 ended with a more or less convincing victory for Netanyahu, victories which, in both 2015 and April 2019 immediately followed incendiary promises to upend the possibility of a two-state solution. For the American Jewish community, which is by and large committed to a just end to the conflict via two states for two peoples, this was a devastating set of affairs.

Netanyahu’s removal from office will be a reason for celebration should it come to that, and certainly a win for the American Jewish community. In the immediate future, a Netanyahu ouster probably spells a period of reprieve in tensions between Israel and liberal American Jewry.

But after the party, the hangover will soon arrive: While the corrupt character of Netanyahu may have lost, his stubborn commitment to maintaining the status quo is now the consensus position among Israel’s Jewish majority.

On the issue of Israel’s continued control of the West Bank and the millions of Palestinians living there, there was little daylight between the opposition and Netanyahu; Blue and White Party leader Benny Gantz is cagey on the subject of a Palestinian state, and claimed that Netanyahu’s promise to annex the Jordan Valley was purloined — from Blue and White. Yesterday’s election, as well as the vote that preceded it in April, only underlined a trend rightward pervading the Israeli electorate. To see it, one should not look at the right, which has moved rightward, but the centrist opposition – which has also moved rightward.

Indeed, Blue and White is the most conservative opposition party Netanyahu has faced in recent elections, and is by far the most successful of them. In 2009, 2013, and 2015, the main opposition parties were all committed — at least on paper — to the two-state solution. Each one failed to stop Netanyahu.

In the long term, in other words, the issue threatening Israel’s status as a democratic Jewish state is its electorate, embodied rather than driven by successful politicians.

If this is indeed the end of the Netanyahu era, the resilience of progressive American Jews will be tested in the coming months and years. Will they continue to move away from the traditional model of generalized support for Israel, or will Netanyahu’s departure stop the bleeding?

Even if there were a majority to make Gantz prime minister and lock Likud out of power, it is doubtful the status quo in the occupied territories would have changed much. Yet it is difficult to imagine the staid and avuncular Gantz eliciting the same level of loathing from American liberals should he become the next prime minister.

Netanyahu not only motivated those paying close attention to Israel, but also Jewish Democrats who otherwise would not dedicate much time to the issue. His clashes with former President Barack Obama severely damaged Israel’s image in the party. Unlike Netanyahu, Gantz has no preexisting affinity for the Republican Party and he could enjoy an indefinite honeymoon period with American Jews desperate to see Netanyahu gone.

It is not just a gentler face that could encourage more American Jews to look more favorably upon the Israeli government; under a unity government with Lieberman, the ultra-Orthodox parties Shas and United Torah Judaism will be in the opposition. This presents an easy opportunity for the new government to improve relations with the Reform and Conservative movements by reinstating the Kotel agreement from which Netanyahu abruptly withdrew in June 2017.

But without progress toward a two-state solution, this honeymoon is unlikely to last long. Palestinian President Mahmoud Abbas is only getting older and polls show the population is growing more frustrated with the daily indignities of occupation.

Eventually the next prime minister, as well as friends of Israel in the U.S. and around the world, will be forced to contend with the legitimate political interests of Palestinians. And we won’t have Bibi Netanyahu to knock around anymore.