Take it from a Holocaust survivor: We need Non-Jews to stand up against anti-Semitism 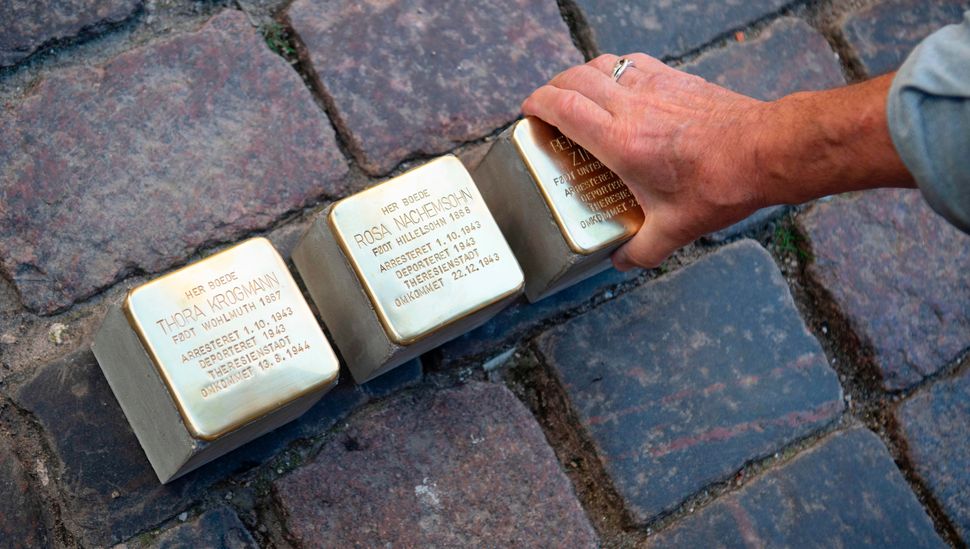 German artist Gunter Demnig puts 3 Snublesten (Stolpersteine; stumbling stones) – in front of the Synagogue in Copenhagen, on June 17, 2019. – Stumbling blocks are memorial stones laid in the pavement next to houses where victims of Nazism had their homes. The Danish initiative group behind the decommissioning has chosen to put the stumbling blocks for 12 people, all of whom became victims of the Holocaust. Some of the victims are Danish Jews, others are stateless. The Danish victims were deported after Nazi Germany in October 1943 decided to take all Danish Jews and send them to concentration camps in Germany. Since 1992, Gunter Demnig has placed over 74, 000 Snublesten in 24 European countries. (Photo by THOMAS SJOERUP / Ritzau Scanpix / AFP) / Denmark OUT (Photo credit should read THOMAS SJOERUP/AFP via Getty Images) Image by Getty Images

As a Holocaust survivor, I know how hatred spreads until it is inescapable. When I was a child, the crimes committed against Jews and others who were persecuted in the Holocaust were part of my daily life. 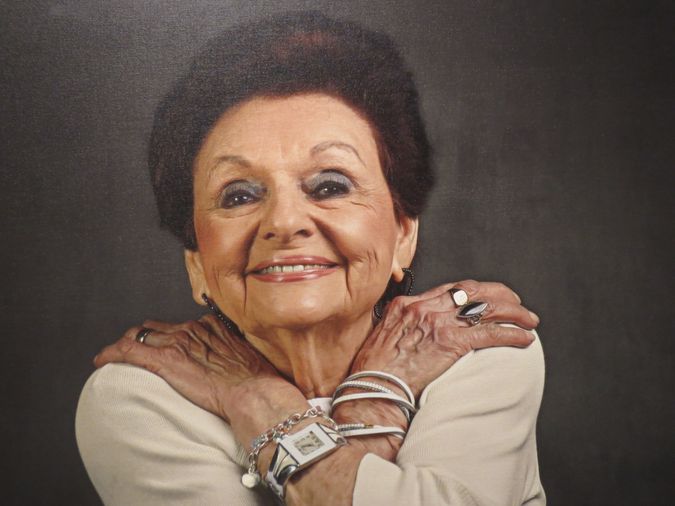 Rachel Epstein Image by Courtesy of the Author

I grew up in Compiègne, France in the 1940s. Anti-Semitism came to my city and overwhelmed the streets. It infiltrated my school. I was called a “dirty Jew” by all but one of my classmates; the one who was an ally has remained a friend to this day. But she was the exception. By almost everyone else, I was made to feel like a piece of dirt.

Anti-Semitism spread across Compiègne until it occupied the city completely. What started as hate crimes that were disregarded grew to be the active policing of the Jewish people.

I remember when Jews had to start wearing the yellow star, and when we had to sit in the back of the movie theaters, until we couldn’t go to the movies at all. I remember going to my favorite park, but only being able to use one part of it, and sit on particular benches. I hope we never get to that point again, but that all started with anti-Semitic attacks that grew more frequent throughout my childhood. 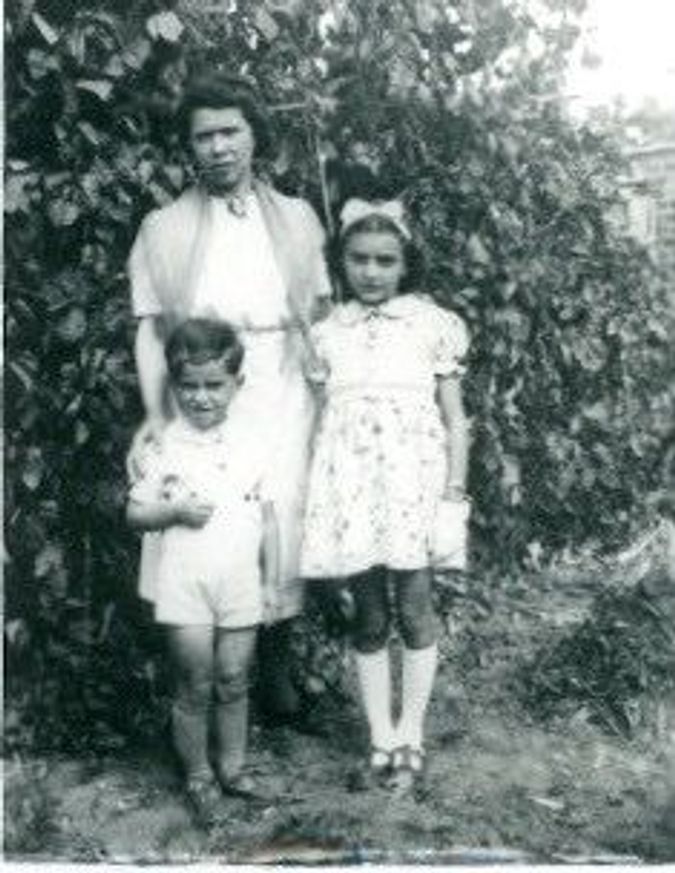 A childhood photo of Rachel Epstein with her younger brother Leon Malned, and the woman who saved her, Suzanne Ribouleau. Image by Courtesy of the Author

In 1942, my parents were arrested, separating my family. After that, most of my classmates stopped talking to me. But that was only the beginning. After my parents’ arrest, my brother and I were lucky to be saved. We were housed by a Christian couple and their two sons. We survived the war because of the great bravery of this family, who I am still in contact with today.

Watching the rise of anti-Semitism back then was terribly complicated. I was just a child and everything was highly visceral. I was quite aware of what was going on — it would have been hard not to be — but my understanding was that of a child’s. I felt the intense emotions: the fear, the distress, the sorrow. And yet, in the day to day, I wasn’t attuned to the greater obstacles to come. I didn’t have the capacity to understand where things were going.

Today I do. In the last month, I feel like I’ve gone back in time to those days and I feel threatened. A week — and sometimes a day — doesn’t go by without news of a verbal attack, a sacred space vandalized, or an act of violence that wounded and/or took lives. Each time I hear news of this nature, my heart grows unbearably heavy. It is painful to witness something this familiar. Above all, I find myself repeatedly saying: This cannot be happening again.

But it is happening. Slowly, America is morphing into a country unrecognizable from what it was when I came here. Back then, I was 17 and drawn to many of this country’s principles, principles that promised freedom, equality, and safety from religious persecution — all the protections that the Nazis stole from me in France.

Watching this today, I’m far beyond my childhood capacity. I understand where this could go and what could happen to America.

Take it from someone who lived through the Holocaust: The rise of bigotry is gradual and steady. Its perpetrators try to make it undetectable to those outside of the targeted group, until it’s passed the point of no return. This was how Nazis took power. What begins as racist remarks grows to hate crimes and then into something even darker.

The promise of a new decade is that of change. Despite the rise in anti-Semitism that we’re witnessing, I believe that good changes can come.

We cannot allow this to happen again.

I am encouraged that our elected officials, religious and community leaders, and regular citizens have spoken out against these hate crimes. And I was pleased to see that more than 25,000 New Yorkers responded at the recent march organized by UJA-Federation of NY, the Jewish Community Relations Council and many other organizations.

I already lost too much by being Jewish, so I am doing my part by sharing my story with younger generations so that they can carry it when I am no longer here. I participated in last weekend’s march against anti-Semitism on Long Island, and I wanted to write this piece. I am seeking comfort in Jewish traditions, having recently celebrated Hanukkah with family and friends at a community event organized by Selfhelp Community Services. Above all, I am speaking up wherever and whenever I can.

I owe my life to those outside the Jewish community who risked so much to keep me, and so many others, safe. I am calling on my non-Jewish friends and neighbors to continue to stand up for the Jewish community — and all persecuted communities — in the face of hate. Join me and act so that “Never Again” can truly mean never again.

Rachel Epstein lives in Roslyn, Long Island with her husband of 69 years, Izzy. She has two children, four grandchildren, and one great grandchild. She is a client in Selfhelp Community Services’ Holocaust Survivor Program.

Take it from a Holocaust survivor: We need Non-Jews to stand up against anti-Semitism