Why black voters are turning to Bloomberg 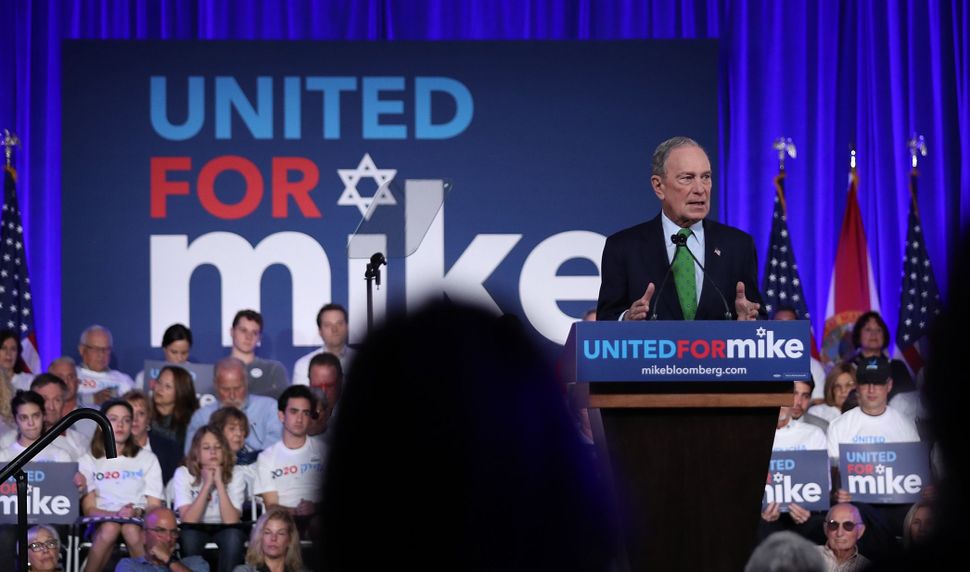 Michael Bloomberg has become a top presidential candidate in the Democratic primary seemingly overnight. He’s spent over $300 million on ads across the country, and he’s been able to pay his campaign staff more than double the going rate of competing campaigns. But while money certainly doesn’t hurt, it doesn’t tell the entire story of Bloomberg’s rise. After all, Tom Steyer is another billionaire running in the Democratic Primary, and he’s garnered little traction nationally.

Despite the narrative that’s quickly developing about Bloomberg buying the election, the truth is, what has set Bloomberg apart is not his lavish spending but his willingness to court black voters.

While Sanders was showcasing an endorsement from the controversial Joe Rogan, Bloomberg was pouring millions of dollars into ads targeting black people across the country. The ads contained messages about generational wealth — and the barriers in the black community to attaining it.

Tonight in Houston, I spoke about our #GreenwoodInitiative.

My goal is to create generational wealth for Black Americans.

This messaging seems to be working; he’s received a fairly warm reception from black mayors and legislators across the country. Bloomberg has been endorsed by four members of the Congressional Black Caucus including Lucy McBath, whose son Jordan Davis was shot and killed in what many believe to have been a racially motivated attack.

He also has secured the endorsements of a number of black mayors across the country. Michael Tubbs, the mayor of Stockton, California, launched a government universal basic income pilot program in 2018, and he endorsed Bloomberg shortly before January.

The endorsements from black officials have been backed up with a surge in black voter support, mostly coming from those formerly supporting Joe Biden. According to a Quinnipiac national poll earlier this month, Bloomberg is receiving 22% of the black vote nationally, second only to Biden’s 27%, putting him ahead of Sanders (19%), Warren (8%), and Buttigieg (4%).

Bloomberg has also polled ahead of Sanders with black voters in Georgia, Florida, and North Carolina.

This might seem perplexing. After all, Bloomberg has become notorious for the stop-and-frisk program from his time as mayor of New York City. The program disproportionately stopped young black and Latino men, and was eventually ruled unconstitutional.

To understand why black voters and legislators have increasingly supported Bloomberg over more liberal Democratic Primary challengers, one has to bear in mind that black voters are not nearly as ideologically left as white voters in the Democratic Party. White Democrats are less likely to be religious, more likely to hold progressive views on healthcare and education, and more likely to want an open immigration policy in comparison to black Democrats. This is in part due to a longstanding political shift after the post-Civil Rights southern realignment, where moderate and conservative white Democrats left the party to become Republicans.

Black voters also tend not to oppose “establishment” candidates, since the Democratic establishment was instrumental in securing Civil Rights era political victories. This has created an environment where progressive candidates tend to struggle with Black voters both nationally and in the south, where a majority of black people live.

In a similar vein, black voters don’t have the same hangups about billionaires that many white progressives do. In fact, black people tend to admire black billionaires like Jay-Z and Oprah who have overcome adversity to create generational wealth.

All of this makes black voters more inclined to vote for a moderate establishment Democrat over a far-left progressive challenger, something you can see reflected in the 2020 endorsements from members of the Congressional Black Caucus. Of the 25 Congressional Black Caucus presidential endorsements given out this cycle, 18 have gone to Biden and four have gone to Bloomberg. Sanders and Warren have only gotten one each.

(Kamala Harris had the most CBC endorsements before dropping out) #BlackHistoryMonth

It’s true, Mike Bloomberg is a flawed candidate. But here’s the thing: black voters have had to vote for flawed candidates for virtually their entire lives. It’s the source of the deep pragmatism one hears about. And even within the 2020 crop, Bloomberg is not alone in having made major missteps on racial issues; each one of the remaining 2020 candidates has. Elizabeth Warren had to apologize for publicly claiming Native American ancestry. Amy Klobuchar’s prosecutorial record has come under fire. Biden voted for the crime bill, and Sanders did the same; as late as 2016, Sanders believed that “most drug dealers are African American.” And Mayor Pete Buttigieg has faced a host of questions about racism in the South Bend police department.

Bloomberg’s problems with race are not unique in this field, and that is something that most black voters, and certainly black legislators, already understand: Black voters aren’t choosing someone with an unblemished record on race, because that person doesn’t exist in the 2020 Democratic primary. Instead, they are choosing which candidate best fits their ideological preference, who will offer the most protection (or at least do the least damage) to their community, and who can perform the best against Donald Trump.

That last point can’t be underscored enough. Black voters desperately want to defeat Trump, and they’re painfully aware of the electoral fears the party has of a Sanders nomination. Moderate Democratic lawmakers have gone on record saying that a Bernie Sanders’ nomination would be challenging for their prospects. Texas Democratic operatives believe that a Sanders nomination could significantly reduce their odds of flipping the state legislature. And several polls have shown Sanders struggling in key battleground states such as Florida and North Carolina.

Meanwhile, Bloomberg’s financial resources are functionally unlimited. He has put his money where his mouth is — spending $100 million to help congressional Democrats take back the House in 2018. He has already pledged to do the same to help uplift Democrats in competitive races in 2020.

Ultimately, Bloomberg’s success depends on what happens to Biden in Nevada and South Carolina. If Biden collapses, it is likely that Bloomberg will benefit more than any other 2020 candidate. Bloomberg could potentially come into the summer convention with delegates from across the south due to his increasing strength with black voters. And in a potentially contested convention, who knows what the outcome would be?

Why black voters are turning to Bloomberg