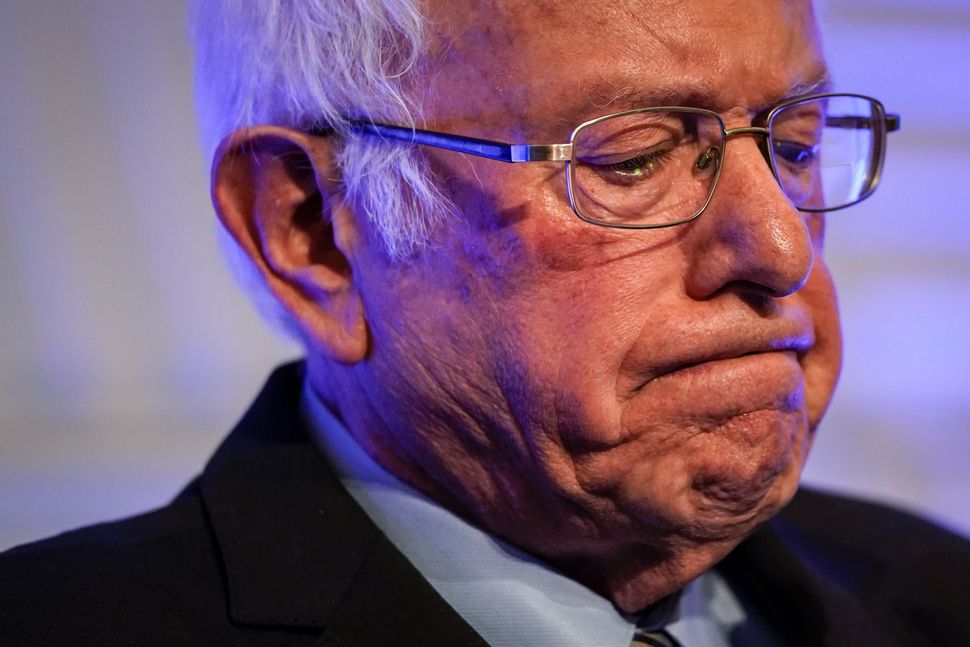 I’m going to the American Israel Public Affairs Committee Policy Conference in Washington next week, and Senator Bernie Sanders should too.

Even more basic than that is that it’s a huge gathering of people who are seriously engaged in politics and policy, thousands and thousands of people paying thousands of dollars and taking off from their jobs and lives to show up and be counted and talk about what’s important to them. How does any serious candidate for president of the United States just blow that off?

Actually, what Sanders did on Monday is worse than that. He could have said he couldn’t go to AIPAC because of Super Tuesday — he has to be in the states casting critical primary ballots on March 3, but he looks forward to speaking at the conference next year. Instead he said he was boycotting out of concern “about the platform AIPAC provides for leaders who express bigotry and oppose basic Palestinian human rights.”

He didn’t say which leaders he meant. President Barack Obama spoke at AIPAC: he supports Palestinian human rights. Obama went to AIPAC in 2008, when he, like Sanders, was emerging as a front runner for the Democratic nomination, and when he was an incumbent running for reelection in 2012. In 2011, a headline in Haaretz, the left-leaning Israeli news outlet, called Obama “the First U.S. President to Tell AIPAC the Truth.”

That’s what Sanders should do — tell his truth at AIPAC. He should say the same things there that he said in October at J Street, the liberal Zionist advocacy group.

I was also at J Street’s conference, by the way, for all the same reasons — big gathering of Jews, of people who care about Israel, of people engaged in politics and policy.

I went back to my notes from J Street. Sanders said there that the Palestinian people have a right to live in peace and security, something everyone at AIPAC should also hear. He said “it’s not anti-Semitism” to say that Prime Minister Benjamin Netanyahu’s government “has been racist,” something it might be harder for the AIPAC crowd to swallow, but is also true; dismissing criticism of Israeli policies or politicians as anti-Semitism is truly dangerous.

.@BernieSanders at #JSt2019: “It is not anti-Semitism to say that the Netanyahu government has been racist – that’s a fact.” pic.twitter.com/DccB9GnJmH

Sanders also told J Street that Americans “have a right” to demand that the “Israeli government sit down and negotiate with the Palestinians an agreement that works for both parties,” something most AIPAC attendees — certainly the vast majority of American Jews — probably also wish would happen.

When asked, he said that American military aid to Israel should be conditioned on Israel’s treatment of the Palestinians, in fact that “some of the $3.8 billion should go right now to humanitarian aid to Gaza.”

If that’s what would happen in a Sanders administration, AIPAC should hear him explain it.

Back in October, Sanders opened his remarks by declaring, “I am very proud to be Jewish and look forward to being the first Jewish president.”

It was a big applause line at J Street; maybe not so much at AIPAC, not now. Many Democrats have been worried for months about Sanders’ ability to beat President Trump in a general election. But there is also growing concern about what would happen if he does.

I’m afraid that he would continue some of the dismissive rhetoric that has characterized our political discourse the last four years. Writing off AIPAC — a bipartisan, mainstream group that is at the heart of many American Jews’ political identity — as a bunch of bigots is not going to help restore respectful discourse in our public spheres. A Northwestern University journalism student I know went to Iowa to check out the Democrats campaigning before the caucuses, and his one-word takeaway from the Sanders rally was: divisive.

I welcome the hatred of the crooks who destroyed our economy. https://t.co/aZcdCFpeqt

Before the J Street conference, where I moderated a conversation with two members of Congress, I took some flak from people on the right regarding Israel because of who else was on the program. I said then that speaking at J Street does not mean I endorse what any other speakers say, and that I hoped I’d also be on stage at AIPAC.

I will be, as part of a panel on news coverage of Israel, on Monday afternoon. Too bad Sanders can’t say the same.