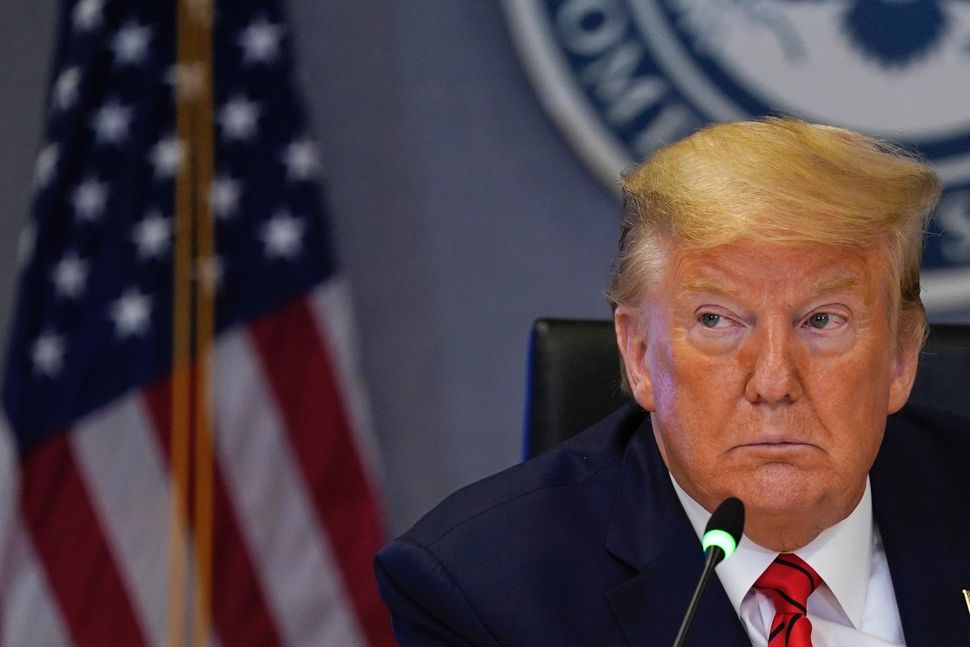 I’m angry and I can’t help but be angry about what this country faces.

I’m not angry at the coronavirus that threatens to cause so much havoc it might unleash a second Great Depression. It’s just a virus, after all, that likely lurked in a bat somewhere in China until it was transferred into another animal before making its way into human beings. It’s a virus. It’s trying to live. There were others before it and are others out we have yet to be introduced to.

But I am angry.

I’m angry that 63 million Americans decided to make a man president each of us knew had neither the qualifications nor character to be in the White House. I’m angry that they spent the past three years excusing his behavior and disgusting speech and pretending he, and he alone, was responsible for an economy that was already growing long before he was sworn in.

I’m angry that that president spent several weeks downplaying the seriousness of the coronavirus, precious time we can’t get back, precious time that allowed the virus to spread within our midst undetected and uncontrolled.

I’m angry that that president said it was only a hoax by a media trying to harm his reelection chances, that it would magically disappear, that the number of the infected would go down not up, that we had it totally under control, for falsely claiming it was the Obama administration, rather than his own, that was responsible for the criminal lack of testing in the United States that has hampered our ability to corral the virus.

I’m angry that his lack of focus and belief in conspiracy theories and hyper focus on his own image meant there was no one to put his administration on full scale alert in January, when the first case was confirmed on our soil, instead of March, when community spread had affected just about every state in the nation. I’m angry that he had to be browbeaten into taking this seriously and must constantly be showered with praise no matter how awful his performance.

I’m angry that to have learned that his team did not take seriously the warnings they were given about a potential pandemic as they were transitioning into office and I’m angry that he disbanded a global health unit in 2018 that was designed to detect and respond to such crises.

I’m angry that the media spent the past few years twisting itself into illogical knots to find ways to not call Trump’s lies lies.

I’m angry that Trump lied that he always believed the crisis was a serious one, breezily and easily lying on national television that he knew it was a pandemic before it was called a pandemic.

I’m angry that Trump’s lies convinced a larger percentage of older Republicans than other groups to believe the crisis isn’t a crisis, even though many of them are most at risk.

I’m angry that he has so little credibility that I don’t feel compelled to follow his lead the way I was happy to follow President George W. Bush after the Sept. 11, 2001 terrorist attacks, the way everyone felt compelled — and honored — to.

And I get angrier still when I remember back to 2009, when we faced the greatest economic downturn since the Great Depression and note that the Republican Party proudly prioritized its own political fortunes rather than helping Americans get through a trying time. Not a single Republican in the House of Representatives voted for an economic stimulus package that was a primary reason the economy began turning around, and only three Republicans in the Senate voted yes.

During this crisis, Democratic lawmakers gave the White House more than twice as much money as it initially asked for to fight the virus, quickly passed another bill to provide even more funding, and still stand ready to help the White House get money into the hands of everyday Americans to stem the tide against a burgeoning economic crisis White House officials say could result in a 20% unemployment rate, twice as bad as what happened in 2009.

They are doing that knowing their efforts might in effect improve the reelection chances of a man they believe should have been tossed out of office for abusing his power.

I’m angry that pointing out those facts might offend the “both sides” brigade, those so focused on pretending our political parties are equally broken they warp rather than deal with reality.

I’m angry at the man in Kentucky who contracted the virus, left the hospital against medical advice and required police patrols around his house to keep him quarantined, angry at the foolish people who bragged about congregating in large crowds in bars and restaurants, angry at the administration’s inability to ensure COVID tests for Americans returning from countries where travel bans are now in effect.

I’m angry at the elected officials and their supporters who are using a moment like this to spread bigotry.

From tanks in Tiananmen Square, to Bird flu and SARS, the Chinese coronavirus is another example of a culture of suppression and censorship that kills thousands of people. #chinesevirus #COVID19

I’m angry that my Asian-American students have had to struggle, not only with their fears about the virus, but about how fellow Americans view and will treat them.

I’m angry that my mother-in-law’s church services have been cancelled indefinitely and that a pastor’s wife in my area is in the hospital after contracting the virus.

I’m angry that I don’t want to rally around the flag with Trump or all the Republicans who have enabled him for so damn long. And I’m angrier still when realizing I have no other choice if I want to defeat this virus and limit the damage it could cause.