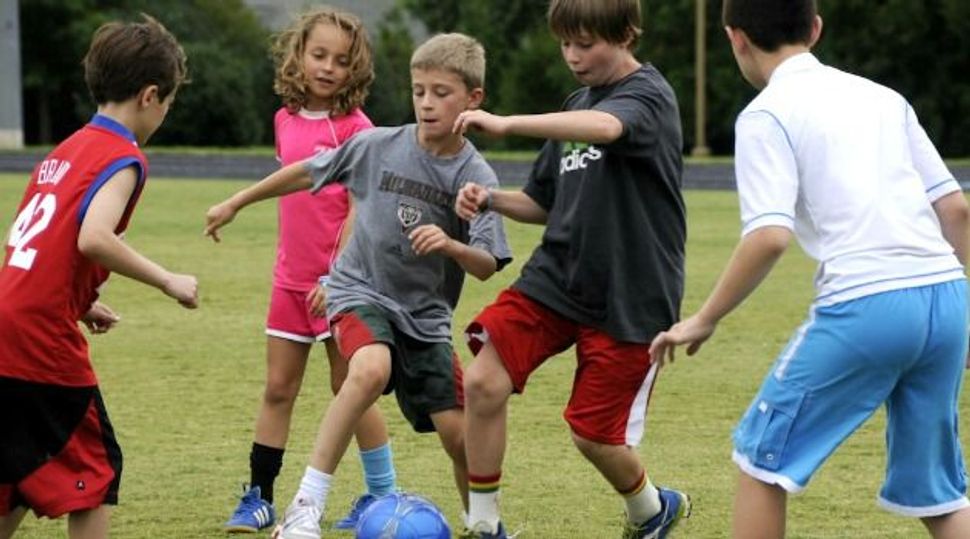 I have a list of 20 names on my phone. It’s sacred to me, one of the most important artifacts of my life. I created it on June 29, 2013, the year I was Program Director at the Goldman Union Camp Institute. It was also the year three campers were sent to the ER after a lightning strike (all survived, thankfully, though one suffered a traumatic brain injury). The list carries the names of the first responders.

There is a story behind each name on that list of counselors, unit heads, and staff — 19 year-olds who heroically performed CPR and used AEDs; a rabbinical student distracting one of the injured amidst the chaos; an IDF medic who cried as the children we were tasked with protecting were transported to nearby hospitals. Stories of heroes are often heartbreaking.

In the seven years since that fateful day in 2013, few days go by when I don’t think about my experience or those campers. Every time I enter GUCI’s sports field, I stare at the hole in Left Field where the tree was struck, an anti-monument to that day. It was only a year ago that I could finally sleep through thunderstorms.

Though only three campers were injured, the events of that day affected the lives of hundreds of people. There were all those who responded at the time. But there were also lifelong GUCIites with years as campers and staff who were too traumatized to return the following summer. I myself found ways to avoid Left Field during softball games, where the strike had taken place. Two years later, I was asked to be a reference for someone on my list. When I was called, I told a total stranger, “I don’t want you to take this lightly, because I mean it: I trust them with my life. You should too.”

Abraham Wyner’s recent piece in these pages invoked my sacred list. Professor Wyner, a statistician, argued that from a statistical point of view, it would be safe enough to open camp this summer, despite the corona pandemic.

“Camp age children are not only unlikely to develop symptoms, but they also have a very small chance of being sufficiently ill to require hospitalization, and almost no chance of dying,” Professor Wyner argued. “The data shows that the mortality risk to campers and staff is well less than the acceptable risk undertaken every day by driving.”

As someone who witnessed the tragedy and mayhem caused by something as uncommon as lightning striking, I have to dissent.

Yes, the mortality rate appears minuscule for most campers and staff, but there are additional concerns: How could a camp function with a 50+ year-old director? Would campers and staff with asthma be excluded? Where would staff go for “days off”?

Professor Wyner argues that “more can be done to make camp safe for the vulnerable with easily implemented procedures.” But I have been at camps during “outbreaks.” In the confines of camp, contact tracing is laughable.

And that was for sicknesses we understand. With COVID-19, the onset of symptoms takes days to reveal itself. One asymptomatic delivery driver or one trip to the hospital for stitches — a very common camp event — and the entire campsite could become positive for the virus.

When lightning struck GUCI, its effects were multi-layered. There were whispers: Would we lose our families’ trust? Would next session’s campers come? Would lawyers force GUCI to close? I am eternally grateful that GUCI is thriving. But just imagine these questions in the wake of a COVID outbreak at a camp.

It’s truly unimaginable. That’s why it’s right that camps are refusing to open in the midst of a pandemic.

I have no doubt that in the coming weeks, there will be an abundance of creative, screen-less opportunities for our youth to fulfill the vision of our camps. While the vehicle for fulfilling that vision will be different and this reality will bring challenges, I believe that we will turn our mourning into dancing. It’s the camp way.

In the meanwhile, I turn to my list. I look at each name, updating the stories of their lives in my mind. Those heroes are rabbis, engineers, baristas, synagogue directors, camp professionals, and actors. I recall how GUCI held together that summer. I can’t help but smile, knowing that in an existential crisis, they are amongst the first I’d call.

I don’t want anyone to take this lightly, because I mean it: I trust them, and the thousands leading us, with my life and the life of our camps. You should too. If they are saying it’s not safe to open camp, it’s not safe.

Rabbi Chase Foster is the Rabbi for Engagement and Learning at jHUB in Cleveland, Ohio. Rabbi Chase has worked for over fifteen years as a youth professional and educator, including eight summers on staff at GUCI, and many more at other Reform Jewish summer camps.