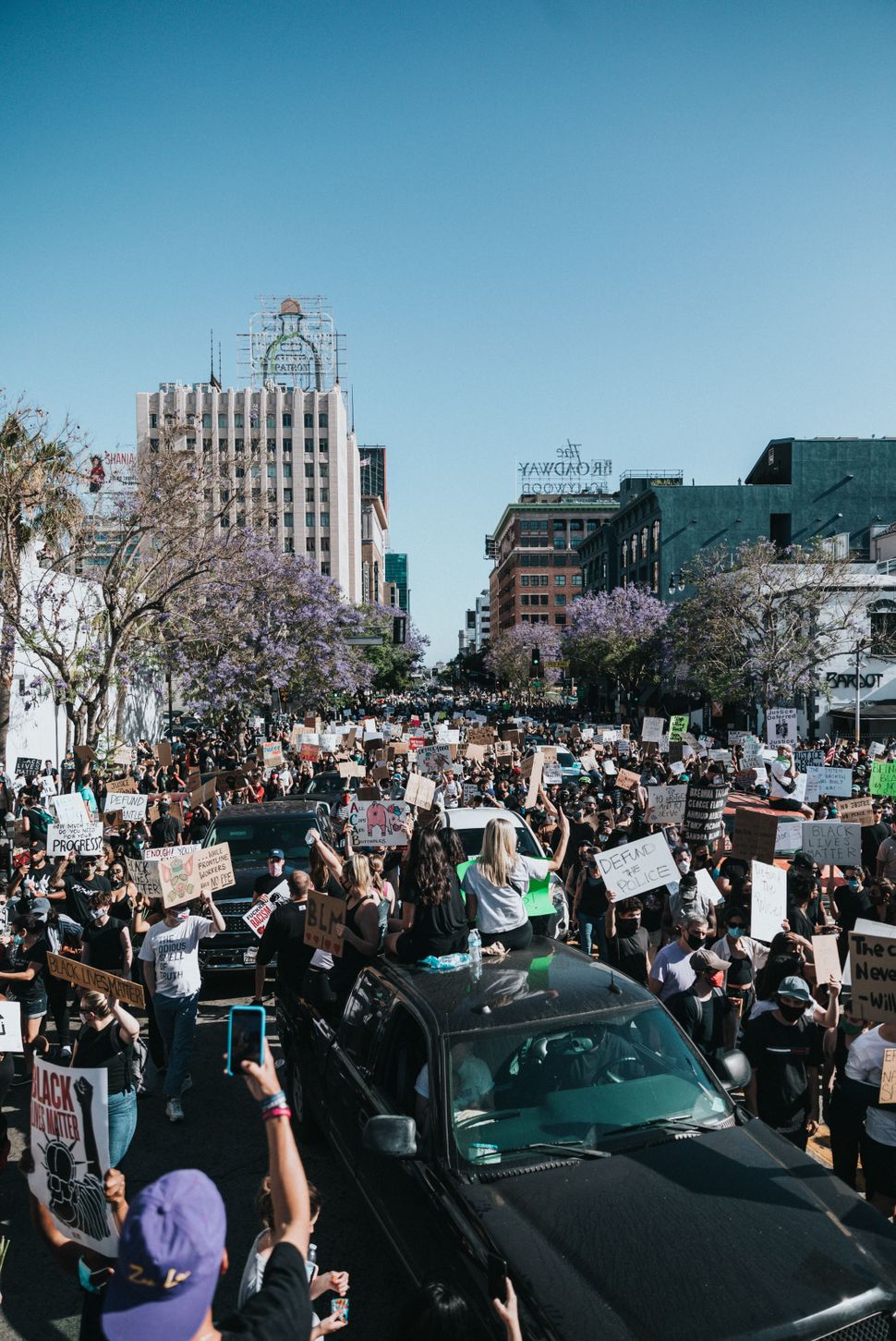 Image by Nathan Dumlao for Upsplash

I have a memory from just after we moved to America. We still had to walk a fair distance to get groceries, and I recall a hot summer day and a long walk in Elizabeth, New Jersey. Most vividly, I recall my mother’s face as we entered the store. She was beaming at the fully-stocked produce section.

“This is why we came here, Sashinka,” she said. 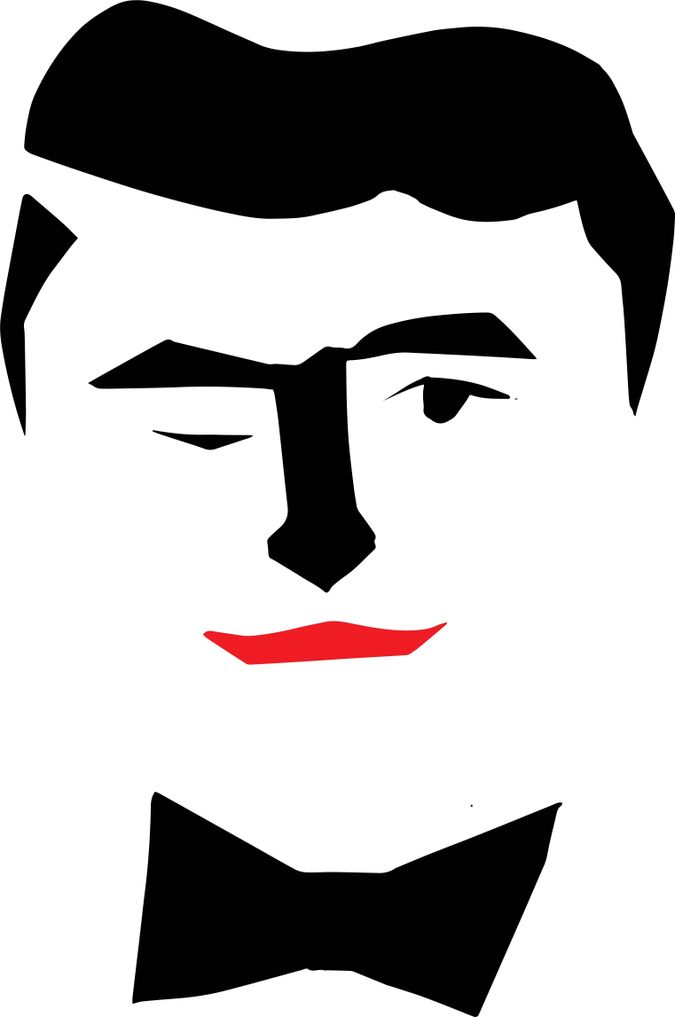 Scarcity was the principle that informed the worldview of parent’s generation of Soviet Jewish refugees and many who came before them. It solidified long before they came to America. The long lines, the empty store shelves, the rhetoric about equality that they never experienced in school, the army, the work force, or the party. Whatever people needed, there wasn’t enough for the Jews. They saw through the Soviet Union’s empty rhetoric and its failure to deliver lives of dignity for them and their children. So they sought it elsewhere. In America, they accepted wholeheartedly the American narrative that if you work hard you can get ahead, even if you’re a minority, even if you’re a Jew.

And it’s this fear of scarcity more than anything else that explains the horror with which an older generation of Russian Jewish immigrants looks on as their now-adult children embrace Black Lives Matter.

It would be easy to condemn our elders as racist. Certainly, as in many immigrant communities, some of them are. But being older and being begrudgingly accepted as white tells you only so much about the hidden civil war raging over dinners, phone calls, WhatsApp groups, and Facebook messages between older Russian-speaking Jews and their Americanized children. Unlike Ken and Karen who imagine being persecuted, Soviet Jews actually did experience structural racism.

After the revolution, synagogues were shuttered. Rabbis and Hebrew poets were prosecuted and often executed as counterrevolutionaries. Under Stalin, the Soviets closed Yiddish schools, shut down Yiddish-language papers, and persecuted the Yiddish intelligentsia. Russian, the language my parents lovingly imparted to me through daily conversation and through the literature and poetry they adored so much, was forced on Soviet Jews as part of a broader program of Russification.

The Soviet Union discriminated against Soviet Jews and justified it by declaring us rootless cosmopolitans while they robbed us of our religion, history, and languages and entrenching a racial caste system where we and other non-Russian ethnic groups were second class.

Then Soviet Jews moved to America, which had its own racial caste system. There wasn’t much time to genuflect on such things, though. Russian Jews were mastering English, taking on menial jobs, going to night school, and often taking care of bratty kids like yours truly. They were busy. Nobody was taking the time to do sociological studies. But we learned early on who was on top, and who was not.

Among the jobs my father juggled in the 90s was as a driver for wealthy suburbanites in New Jersey. When no one else could look after me, I would tag along and sit in the front seat. We would depart from our small apartment in an area filled with other small apartments, the homes of other immigrants and people of color, and go pick up white men in suits and ties exiting their enormous houses, walking past their SUVs and their beautifully manicured lawns. During the drive to the airport, they would tell us about the important meetings their flights would take them to.

“Shurik, if you want to live like them, you’ll need an education,” my father matter-of-factly told me.

“Like them” meant in a big house doing important things. But there was another lesson I picked up: To get ahead here, I would have to be like Them, and Them in America was white men.

So I went to get an education. But in college, I met more Black people as well as other immigrants who could not present as white the way I could. I learned about chattel slavery and Jim Crow in more depth. I also dove deep into the literature on the Pale of Settlement, pogroms, the Holocaust, and Soviet anti-Semitism. It was the start of a long journey of learning to see both America and the Soviet Union beyond the slogans, contextualizing what they meant for my family and community and others.

But my Russian Jewish community was not interested in what I’d discovered. When I would bring up issues like systemic racism at home or at social gatherings, I was roundly mocked and berated.

“Sasha is one of them now.”

The Soviet Union still looms large over their lives. For many Russian speaking Jews, behind every liberal proposal in America loomed the specter of Soviet scarcity. Behind movements for justice loomed the Jew haters who preached equality and practiced bigotry.

I grew alienated. I began to dread Russian social functions. The dance halls, the elaborate toasts, and the anecdotes all began to taste bitter as my views departed further and further from the people I had admired and respected.

But a funny thing has happened: A lot of Russian Jewish millennials have had a similar political awakening. As the Black Lives Matter protests mobilized in response to the murder of George Floyd, I saw Russian Jewish friends and relatives in their late 20s to mid-30s posting on Instagram from the marches.

They marched for racial justice in the face of police decked out in combat gear. I saw them arguing on Facebook with relatives. I watched people I had never seen express a political opinion in their lives organize fundraisers for bail funds, Black non-profits, and Black-owned businesses. I listened to them when they called, sometimes jokingly and sometimes in anger, complaining about their parents who think their children are turning away from them to embrace another Bolshevik dogma.

America’s racial politics would no longer be ignored over zakuski and elaborate toasts.

I turned to popular Facebook groups for Soviet immigrants to see if this was happening beyond my immediate Russian Jewish social circle. I asked the Jews in them if they participated in support of BLM and their reasons why. Many responded. They had indeed supported the protests, and many did so because of, not in spite of, their Soviet Jewish identity.

As Amelia Pikovsky, a 30-year-old from Philadelphia, put it, it is because of the stories of Soviet anti-Semitism her family suffered that she is so emphatically supportive of BLM. “I believe in all of the data that shows systemic racism is real and I want to be vocal about it,” she explained. “It is certainly related to my Jewish identity, because I feel that especially for Jews, it is important to speak up and not just be complacent for the sake of comfort” wrote 28-year-old Brooklyn resident Jane Katz.

A 34-year-old activist and academic named Sophia Sobko put it most bluntly. “I am motivated by a feeling of anger and sadness at seeing Black people and people of color oppressed and killed,” she wrote to me. “Secondly, I am driven by the conviction that it is absurd for my Jewish ancestors to have been ethnically or racially oppressed in the Russian Empire and in the USSR, only for me to participate in the oppression of others as a white person in the U.S.”

There were many more responses along this line, including ones recounting personal experiences of violent anti-Semitism in the Soviet Union as their reason for identifying with Black people’s struggle for a life of safety, dignity, and justice in America.

The values that I treasured, that were informed by my own family experience, that I had believed made me an outcast in my community, didn’t alienate my age cohort. To the contrary, the Soviet Jewish experience was mobilizing countless Russian-speaking Jewish adults to fight for a more just America.

I’d like to tell you that this story has a happy ending. But for many Russian-Jewish families, new balances of power are in the process of being established. And relationships changing their dynamics is never a smooth process, especially in a culture that heavily emphasizes respect for elders and the importance of family.

As 35-year-old Sam Key put it, “When family friends or other conservative family members are around, they start talking about [far-right politics] in front of me. Knowing that they’re repeating the talking points of white supremacists and fascists makes it hard to look at them or talk to them.”

The loud and racist voices enjoyed the family stage unchallenged. Now, they will have to vie for that stage with the children they raised to be Americans.