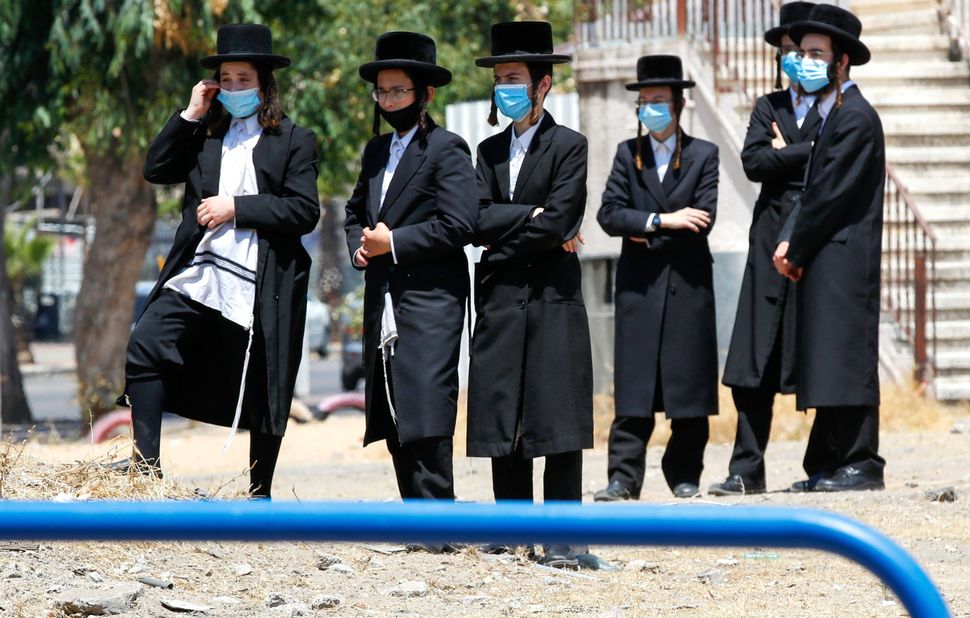 There is a recurring trend I’ve been noticing in both private conversations as well as articles and OpEds discussing “issues” in the Orthodox world: Engaging in equal parts paternalism and dismissiveness – often with an extra serving of condescension – people often accuse adherents to traditional values of being closed-minded, and of “silencing” “nonconformist” perspectives when it comes to issues of religion when we choose not to engage with them. More often than not, we are portrayed as sheep who have eschewed thinking for ourselves when it comes to anything from science to religious liberty to abortion to politics.

This is ridiculous. What is true is that a consensus has been reached in Orthodox and haredi communities on a number of issues. You know what consensus is: It’s when after a period of disinterested debate and marshaling of evidence, a community starts to take for granted that something is bad, say, racism, or that something exists, like climate change.

We in the frum community have arrived at our own consensus about certain issues. And just like in the scientific community where this does not happen through dogma or fiat, so too in our world.

After all, the one thing anyone who knows anything about Jews is that we love to argue. We don’t just not fear debate, we relish it. Ours is a tradition honed by thousands of years of discussion; the entirety of the Talmud is made up of scholarly debate. You can walk into just about any synagogue or Talmudic library and find entire sections of books of Jewish law made up of teshuvos — Responsa between scholars where the law was and is formed through a great open debate spanning the last 800 years.

But ultimately, debate has a point: to form a consensus whenever possible. On many of the more fundamental and foundational issues of religion, we have already reached that point. A deah mekubeles or accepted opinion puts a bookend on the openness of debate around a certain topic, weaving a final strand into the rich tapestry which makes up our 2,000 year-old tradition. What we have at that point is something like a Supreme Court precedent – only with hundreds of years of substantive discussion behind it. Think about what it would take for any Justice (besides Clarence Thomas, of course) to dismiss that.

As the 19th century scholar and Jewish leader Rabbi Moshe Sofer, known by his magnificent work the Chasam Sofer, quipped, “Chodosh assur min haTorah: that which is new is forbidden.”

Of course, we still debate. But that discussion knows its proper place: It is an exercise in attaining even more clarity into the reigning consensus from within the realm of focused intellectual exercise.

And because we respect our rabbis’ characters and intellects, we allow them to guide us at times on other issues which have tangential religious impacts as well — on practical issues and sometimes even political issues. This is not a sign of closed mindedness or a failure of critical thinking; it is the result of a lifetime spent in vigorous and rigorous inspection of their brilliance — much the way you might respect a scientist’s findings about climate change.

It’s surprising that this is a difficult concept for the secular world to grasp, given that it is actually very good at accepting consensus on the issues it prizes. It’s not just climate change. Take, for example, the response to the recent op-ed by Dr. John Eastman that ran in Newsweek regarding the eligibility of Kamala Harris to serve as Vice President of the United States. Eastman argued (as he has since as far back as 2003) that someone whose parents were not citizens at the time of their birth might not be a “natural born citizen.” This view goes against what is the consensus view in America, which views no essential connection between a person’s citizenship and their parents’ status at the time of their birth.

To be sure, I am not a constitutional scholar, and I have no truly informed opinion on the matter at hand. As far as I am concerned, the mainstream and accepted stance on this issue is good enough for me, and Harris is absolutely qualified to run. My position on this might just also be informed by personal interest; my parents – both immigrants – had yet to become citizens at the time of my birth.

Of course, President Trump, by merely responding to a question about the OpEd, did what he always seems to do and brought out the worst in everyone. We have seen birthers appropriate that scholarly argument for the purposes of racist attacks on Harris. But that shouldn’t mean we pretend the argument is somehow beyond the pale of mention in polite company; it’s certainly not. There’s scholarly value in airing, studying and understanding that point of view, even if it isn’t enough to overturn the consensus.

The point I’m trying to make is that for many if not most Americans, there is a consensus around this issue that they are entirely comfortable taking on faith as a matter of constitutional law, without much expertise in the topic. And yet, they would not regard themselves as silencing dissent or being sheeplike or without critical thinking skills. They understand that consensus is not always the death of critical thinking or debate; it is often the result of debate.

But this understanding doesn’t seem to extend to our community, where our consensus was formed by centuries of open and documented debate, often including the “novel” arguments made by those seeking radical change. Consensus, which is otherwise respected, is ridiculed when it comes to our community, and we are portrayed as unthinking and closed minded.

Only we aren’t the ones who aren’t thinking.