This Sukkot, as we contemplate our vulnerability, remember the Uighurs 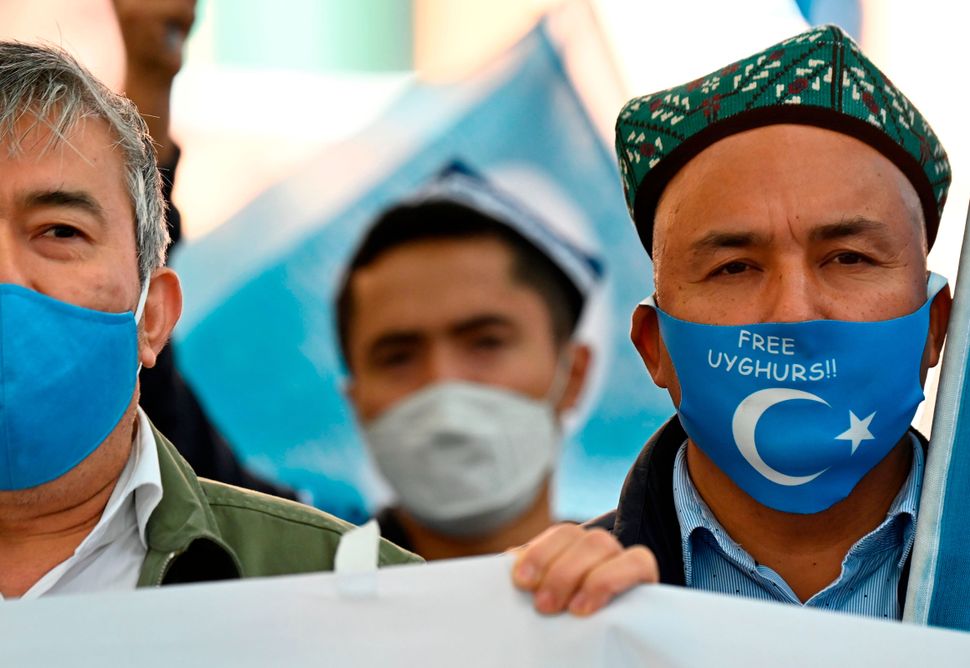 Sukkot is a holiday of vulnerability. For a week, we enter a temporary dwelling at the mercy of the elements. In so doing, we remember the period when a newly born nation of refugees and escaped slaves from Egypt wandered in the desert. We submit ourselves to life beneath the stars and embrace the uncertainty and instability of temporary dwelling. We reimagine ourselves as refugees, guided towards asylum only by our faithful devotion to God.

It is then all the more powerful that from this place of symbolic vulnerability, Sukkot is also a holiday of hospitality. There is a Jewish custom to invite guests, the Ushpizin, into the Sukkah. These Ushpizin are the great prophets and leaders of the Hebrew Bible, Abraham, Isaac, Jacob, Joseph, Moses, Aaron, and David. It is often said that they exist as a reminder of our duties to the poor within our midst, and the Ushpizin will not enter a Sukkah where the poor are not also welcome (Zohar Emor 103a).

But when we speak of the the vulnerability of the Jews living in the desert, we must remember that today, it is mostly symbolic; our Sukkot are safely established in our own backyards, and we have the freedom to leave.

What happens when the vulnerability is not symbolic and is instead existential? What happens when you are forced to play host to those who seek to eliminate you, your people, your culture from their nation?

This is the plight of the Uighurs and other Muslim ethnicities in Xinjiang/East Turkestan, who have been forced to open their doors to over 1 million Chinese officials to quarter in their homes. There, the officials interview them about their personal and political views and “educate” them in the ideology of the Chinese Communist Party. These live-in officials have mandated stays of one week per month in many places. Once the authoritarian state police invites themselves into your home, it ceases to be a home and becomes a prison.

The existential vulnerability of the Uighurs does not end with the CCP’s home-stay program. Over 1 million Uighurs have been placed into concentration camps, moving from an imprisoning home to a literal prison. The suppression of religion and culture is taking place through a physical genocide including organ harvesting, forced sterilizations, torture, and systematic rape.

With antisemitism rising across the globe, we Jews are acutely aware of our own vulnerability at this time. But it is not the existential vulnerability faced the by the Uighurs in 2020. We get to live in a Sukkah of our choosing and not a prison. We get to invite our revered Ushpizin and the poor into our temporary homes and not state officials of an authoritarian regime. We know that come the end of Sukkot, we will be again living in our permanent homes and not deported to concentration camps.

The Chinese Communist Party is powerful, and its actions are hard to change by activism in the United States. But as we work, to the best of our ability, to make the Uighur region more of a permanent home again for all of its Turkic inhabitants, an easier project is to embrace Sukkot’s message of hospitality by treating those Uighur refugees who already live in the United States not as exiles, but as honored guests, or better yet, as citizens.

Of the millions of Uighurs who are trapped by the CCP in their homeland, only a trickle have made it out of China since this genocidal campaign began, and of those, only a few thousand have arrived in the United States. That ought to mark an end to these people’s prolonged insecurity — a free country in which they will finally be safe. But this situation, too, has been precarious.

And yet, just recently, several Uighurs had their asylum applications denied, despite clearly being eligible for relief. And as the Uighur Human Rights Project and other communal organizations manage those people’s appeals process, other Uighur asylum-seekers are shelling out enormous sums of money for lawyers that, all too often, are not attentive to their needs. Meanwhile, those clients’ immigration-status limbo drags on: People who arrived in the United States four or five years ago are still waiting for a hearing.

It’s time for our government to better protect Uighur asylum seekers by issuing clear guidelines to asylum-adjudicators that people of verifiable Uighur origin whose only nationality is Chinese ought to be assumed eligible for relief unless proven otherwise. And if the executive branch does not enact this change soon (for example, by extending Temporary Protected Status to Uighur refugees) then Congress should go ahead and make it law. In the meantime, it is our role as American citizens to reach out to Uighur asylum seekers, to make their lives a little bit easier.

What the Uighur community is going through is unimaginable. But for our community, it’s a lot more imaginable than for others. The least we can do is show them some hospitality.

Jonah Kaye is a student at the University of Chicago, studying philosophy and computer science. Leon Kraiem is a student at Brandeis University, studying philosophy and Jewish studies. Avi Ackermann and Tzofiya Bookstein also contributed to writing this Op-Ed, and together, they have started the Jewish Movement for Uyghur Freedom this past summer, in order to galvanize the Jewish community toward action on this crisis. Visit the JMUF website for information about how to get involved.

This Sukkot, as we contemplate our vulnerability, remember the Uighurs