Protip for journalists covering Haredi protests: Your job is not to judge but to understand us. 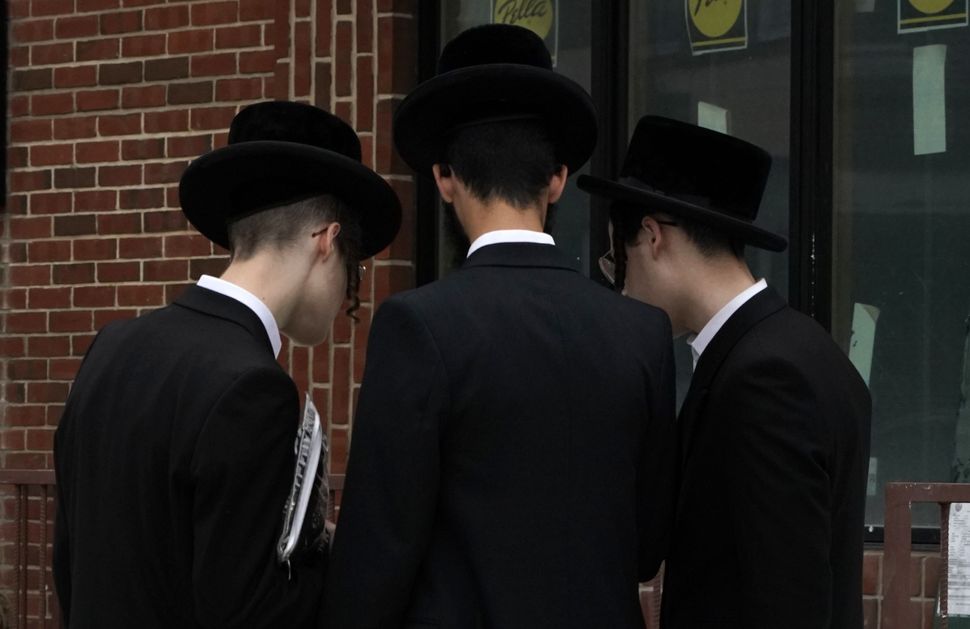 The images and videos coming out of Brooklyn this week of Haredi Jews protesting new Covid strictures are striking: Streets crowded with protesters, fires set in the middle of the street, loud chanting and jeering at those in “power,” journalists driven from the street.

This was hardly the first time New York has seen something like this. It isn’t even the first time it has happened this year. Just a few short months ago, the mass, righteous indignation over the death of George Floyd morphed into mass protests for weeks on end. Many of these were peaceful, though not all. Some clashed with police. “Every city, every town, burn the precinct to the ground,” they chanted in Manhattan. In other cities, they did set things on fire. Journalists viewed as unfriendly were attacked.

About 300 people are near Lafayette and Canal in Manhattan, chanting “every city, every town, burn the precinct to the ground”. pic.twitter.com/4D2uA6Z23N

But amid all these similarities between the #BlackLivesMatter protests and the ones in Borough Park over the shuttering of synagogues, there is one big difference: how the news media has covered them.

Reading the news about BLM protests, even those that turned violent, it was impossible to miss the search for nuance. The news media went to great lengths to understand what was motivating the protestors.

We Haredi Jews are rarely granted such nuance.

When it comes to Hasidic Jews, the news media never seems to tell the story as though they really believe the main characters are even human. Instead, reading the pieces about our community, we often feel like we’ve been cast as characters to gawk at, like animals in a zoo.

We know all too well that media bias is not always as black and white as a political reporter openly cheering for a political party. It’s often more understated — and thus, more dangerous.

And if we were treated with the sympathy that we got to read about during the summer protests, perhaps journalists could have answered a very simple question: Why are we protesting?

You may recall that the Haredi community has been dealing with the threat of constant physical attack in the streets of New York City as well as upstate New York for two years now. And yet, all throughout, we did not march, not when we were beaten, shot, or stabbed.

Shouldn’t a journalist be interested in telling that story? Isn’t it the very essence of what storytelling is all about? Main characters who feel so compelled by something that they are acting out in a way that nothing else could motivate them to — not even being killed?

I’m going to tell you why Hasidic Jews are protesting, since the news media won’t. The answer is quite simple: Our synagogues and our schools are our lives. That’s why we’re in the streets.

You can stop any Haredi Jew you see and ask her to explain this. So why is it that the journalists covering this story have failed to do this very simple task?

We hear so many voices, prevalent on social media and highlighted by the mainstream, who lecture us about the need for responsible leadership. But where is the responsibility on the part of the media? They elevate the carnival barkers among us, raising the personal profiles of each attention-seeking clown who seeks to put themselves at the center.

It might be worthwhile to cover the fact that in the year 2020, we have a government that is sending police to inspect houses of worship to make sure they comply with regulations they arbitrarily crafted themselves, with no public input whatsoever. There was after all no legislative process here.

Government agents enter Shuls to “inspect” and decide whether Jews are allowed to pray there. pic.twitter.com/T5Q155Ro1d

Yet many of the journalists covering this story, as well as those they highlight, have decided that this is not the story. The story is instead the need for total compliance — at any cost. And now that is the story because they decided it should be.

No doubt, our value system is different than that of the journalists tasked with telling our story in this moment, where the values of the Black Lives Matter protestors might be their own. But it is the job of honest journalists to explain our values, not to judge them. And at that, they have failed.

We just don’t feel that they look at us like we are people, which is why the stories they tell about us are so childish, so devoid of depth, and ring so false. It’s why they highlight the voices which sound best to them and dehumanize us, missing the actual stories that are happening here. It’s why they think nothing about invading our privacy and don’t think about the human costs of what these elected officials are implementing.

And that, more than anything else, is the biggest scandal here.

Protip for journalists covering Haredi protests: Your job is not to judge but to understand us.