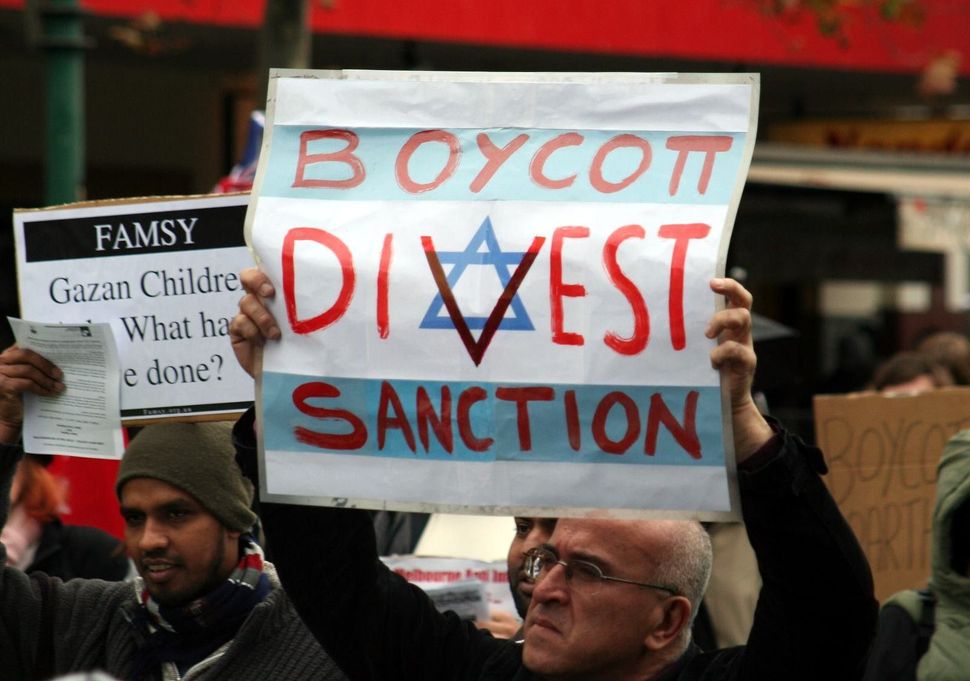 Over the past few weeks, in moves that were in equal measures galling, ill-timed and stunningly decontextualized, students at two prominent American universities — including my alma mater — voted in favor of divesting from Israel.

These votes occurred during the 2020 High Holiday season, when Jewish students may have been less available to weigh in on this debate as they were navigating virtual synagogue services or other COVID-compliant religious gatherings. While these votes, at Columbia University in New York and at the University of Illinois, are symbolic in terms of university policy, they are nonetheless significant as they reflect a shift in student opinion that affects life on campus and could eventually have repercussions on enrollment and philanthropy.

These moves stem from the increasing focus on intersectionality on the American college campus. Intersectionality suggests that the world can be seen through the lens of “oppressor” and “oppressed,” and that the only moral course of action is to fight all things deemed “oppressive.” This can lead to unintended paradoxes.

Just prior to the holiday of Yom Kippur, on Sept. 23rd, the U of I student government passed a resolution in support of the Black Lives Matter movement. But this resolution also called on the school to divest from transnational companies that contribute to a number of causes deemed objectionable, including doing business with Israel, the only country singled out in this manner. The vote was 22 to 11, with seven abstentions.

Then, on the heels of the conclusion of the 25-hour fast day, Columbia’s University Apartheid Divest group announced the results of its weeklong campuswide referendum. Nearly 1,800 students, more than a third of the campus, voted, according to Jewish Insider, and 61% of them supported the resolution recommending that the university’s board divest from companies profiting from or otherwise supporting Israeli policies regarding the Palestinians.

Columbia’s president, Lee Bollinger, issued a strongly-worded statement of dissent. “It is unfair and inaccurate to single out this specific dispute for this purpose when there are so many other, deeply entrenched conflicts around the world.” He emphasized that the university does not formulate official policy based on such referendums and said that the Boycott Divestment and Sanctions movement against Israel had negatively affected the campus.

In Illinois, the response by Chancellor Robert J. Jones was somewhat more muted, though he said the resolution “was designed to force students who oppose efforts to divest from Israel to also vote against support for the Black Lives Matter movement.” Jones noted that the resolution was “non-binding” and said: “A foundational value of this institution is inclusion, and this resolution includes language that we cannot and will not support.”

I went to the University of Illinois at Urbana-Champaign, so I have a personal stake in this conversation. But even if you have never stepped foot on the campus, what happened is a perfect case-study in the perils of what is known as “intersectionality,” whereby a variety of causes are blended together. The result is that separate issues become conflated, complex issues are simplified and important nuances are lost, which causes harm to all parties.

During a Zoom meeting leading up to the vote, a group of Jewish Illinois students read a statement opposing the resolution and denouncing its amalgamation of disparate causes. “We are steadfast in our commitment to stand up for Black life and against antisemitism,” it said. “As Jews who have been targets of white-supremacist hatred and feel the pain of antisemitism, we stand proudly in support of racial justice.”

In an example of the pitfalls of intersectionality, , the Illinois and Columbia student governments seem to have decided that Israel is an “oppressor” and the Palestinian government is “oppressed,” therefore, as per the prevailing “logic,” support for Black lives in America demands opposition to Israel.

Back at Columbia, President Bollinger suggested this is simplistic, and highlighted the importance of open dialogue, even when disagreeable to some: “I remain an unflinching proponent of robust debate over contested issues such as the conflict between Israelis and Palestinians,” he asserted.

The operative word is “debate.” An intrinsic feature of the BDS movement is to eliminate discourse on the Israeli-Palestinian conflict, which, effectively, induces proponents of the movement to accept a dogmatic, or black-and-white, worldview.

With 124 territorial disputes in the world, a raging pandemic, a historically divisive election upcoming in the United States and Jews standing at the forefront of movements for racial justice, the obsessive practice of singling out the world’s only Jewish state for condemnation is an act of unmitigated prejudice.

That this would be exploited for gain during a religious holiday when Jewish students are largely engaged in religious or familial activities is tragic. And to do so under the cover of “anti-racism” or “anti-oppression,” is quite simply the height of hypocrisy.

Addressing one form of racism should not allow us to fall prey to another: the “oldest hatred” of antisemitism.

Daniel Pomerantz is the chief executive officer of HonestReporting.com, which monitors the news media for bias in coverage of the Israeli-Palestinian conflict. He is also an adjunct professor at Bar Ilan University and the Interdisciplinary Center (IDC) in Israel. Follow him on Twitter: @danielspeaksup.