Portrait of the Chicago Seven and their lawyers as they raise their fists in unison outside the courthouse where they were on trial for conspiracy and inciting a riot during the 1968 Democratic National Convention, Chicago, Illinois, October 8, 1969. They are, from left, lawyer Leonard Weinglass, Rennie Davis, Abbie Hoffman (1936 - 1989), Lee Weiner, David Dellinger (1915 - 2004), John Froines, Jerry Rubin (1938 - 1998), Tom Hayden (1939 - 2016), and lawyer William Kunstler (1919 - 1995). Froines and Weiner were ultimately acquitted on all charges while the others were convicted of inciting to riot (though the convictions were overturned on appeal). (Photo by David Fenton/Getty Images) Image by David Fenton/Getty Images

Fifty years ago, in perhaps the most tumultuous political trial in American history, I found myself wearing a yarmulke to defend my — myself, actually. It was the first time I put one on outside of a synagogue or a Seder. Within a year, I was keeping my head covered all the time.

The trial, of course, was that of the Chicago 7, which Aaron Sorkin has brought to a new generation via Netflix. I was a witness for the defense.

I had been a delegate to the Democratic National Convention in 1968, as part of an anti-war, anti-racist slate from Washington D.C. I had also spoken in Grant Park, having been invited by Tom Hayden of Students for a Democratic Society on the hope that the police were less likely to attack if there were delegates between them and the demonstrators.

As Sorkin clearly portrays, Judge Julius Hoffman was hostile to the defense. He browbeat witnesses. He ultimately gagged and bound Bobby Seale, the eighth and only Black defendant — I was urged to call the defendants the “Chicago Eight“ to make sure he did not get erased from our memories. 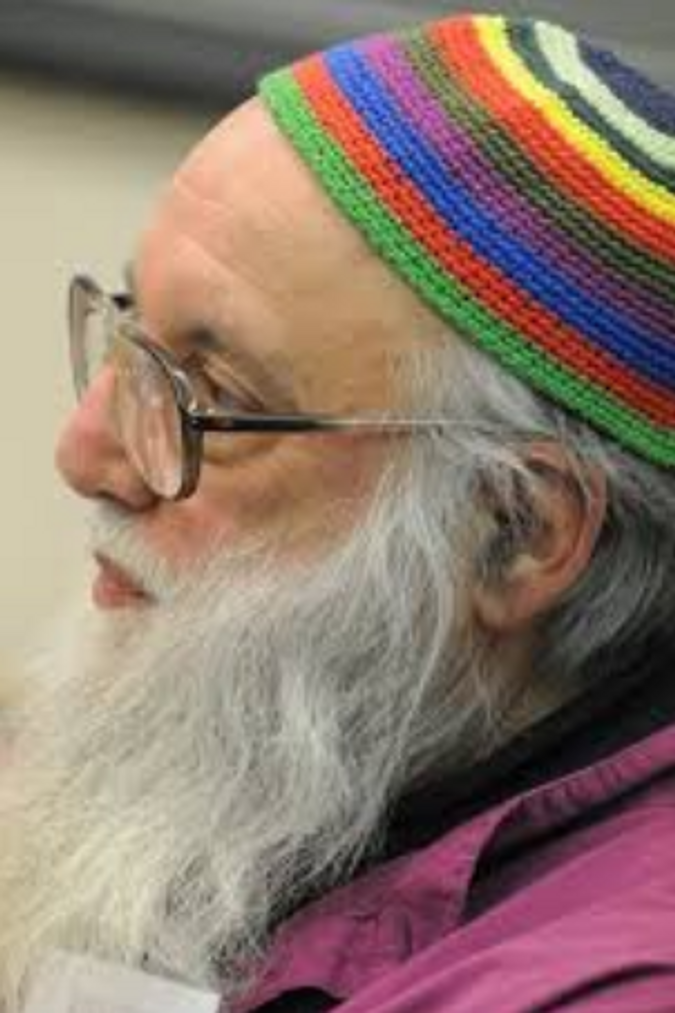 So when I arrived at the federal courthouse in Chicago, I was very nervous — about the judge, much more than the prosecution or my own testimony.

The witness who testified right before me was Arlo Guthrie. In Grant Park, Guthrie had sung “Alice’s Restaurant,” a joy-filled, funny song about resistance to the Vietnam War and to the draft. William Kunstler, the lead defense lawyer, asked Guthrie to sing “Alice’s Restaurant” so jury could get a direct sense of the event.

But Judge Hoffman stopped him: “You can’t sing in my courtroom!”

Kunstler responded that it was evidence of the organizers’ intent. They went back and forth until the judge finally ruled that Guthrie could recite the lyrics, but not sing.

But Guthrie could not. He knew the 18-minute song by heart, of course, having sung it hundreds of times, but his memory must have been keyed to the melody. Or maybe Judge Hoffman’s rage threw him off.

In any case, the great folk singer came back to the witness room, crushed. Which only made me more nervous.

Suddenly, I thought that if I put on a yarmulke, it would strengthen me, connect me with a power higher than Judge Hoffman. Though I had never before worn one outside a religious setting — I had written the “Freedom Seder” the previous year, but was still wrestling with what this weird and powerful “Jewish thing” meant in my life.

Somehow Kunstler found a simple black skullcap, and I put it on as I was sworn in. But before I could answer the first question, the judge interrupted: “Take off your hat, sir.”

Kunstler erupted, waxing about my rights as “an Orthodox Jew.” I was thinking to myself, “Please BIll, one thing I know, I’m not an Orthodox Jew.” But I did not want to undermine the defense attorney, so I kept my mouth shut.

Judge Hoffman said the “hat” showed disrespect for the United States and “this Honorable Court.”

Disrespect for him, absolutely, I thought to myself. For the United States, not disrespect exactly, but much more respect for something else.

They kept yelling, and I started watching the prosecutor — who was watching the jury. There was one Jewish juror. I bet he was wondering what that juror was thinking.

Finally, the prosecutor suggested to the judge that he let the trial go forward with my yarmulke on. My testimony was quiet and orderly after that.

It took me another year or so to start covering my head all the time — sometimes with a Tevye cap, or a beret, or an amazing tall Tibetan hat with earflaps and wool trimming. Sometimes I wore a multicolored Jamaican cap with a zippered pocket — probably originally for dope; I used it to play Yankee Doodle with my grandchildren: “Stuck a feather in his cap and called it macaroni!” Or a rainbow yarmulke.

Whatever the shape or color, covering my head continues to mean to me that there is a higher, deeper truth in the world than any judge, any boss, any attorney general, any president, or any pharaoh.

Here we are, 50 years later, facing an even more dangerous president and attorney general, and I am among thousands of Jews wearing yarmulkes as we protest their rule.

Observing the fast of Tisha B’Av by resisting the oppression of refugees. Celebrating Passover in the tradition of the Freedom Seder by facing all the Pharaohs of our own generation. Exploring the depths of Hanukkah by founding solar-energy co-operatives to conserve energy. Observing Tu B’Shvat, the Jewish holiday of the trees, by campaigning for worldwide reforestation. Rousing Yom Kippur by carrying into the streets Isaiah’s shout-out for the poor, the hungry, the unjustly handcuffed.

Yarmulkes that matter, to the spirit and to politics.

Rabbi Arthur Waskow founded and directs [The Shalom Center] (https:// theshalomcenter.org), and has written several books including, most recently, “Dancing in God’s Earthquake : The Coming Transformation of Religion.”