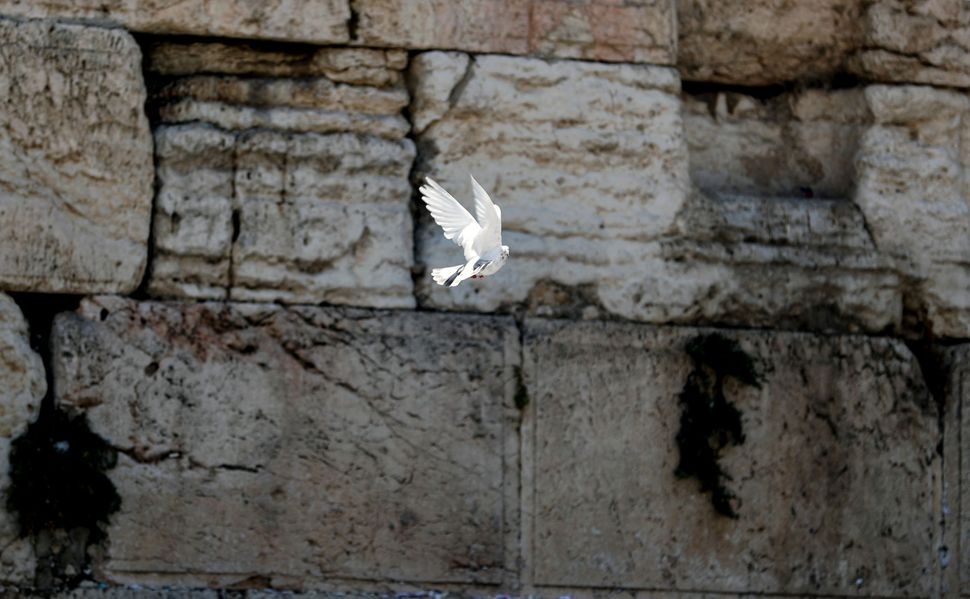 It is the rainy season in Israel, so I have been thinking about umbrellas.

It is tempting to make a benign, even cozy, metaphor, imagining Israel as a protective force shielding us from threatening storms, and a means of uniting us as we huddle together to stay warm and dry. I wish I could give into that temptation. Lately, instead, I have thought about Israel much differently: as a looming umbrella, one that shrouds those underneath it in darkness, preventing growth and allowing everything outside its arbitrary circumference to get wet.

Israel projects itself as a home for all Jews, but the reality has always been that some Jews are more equal than others. If you are protected by the Orthodox monopoly, you are more equal than any other Jew. If you are a Jew by choice, you are excluded. It was only starting in 1989 that Jews by choice, who converted abroad under the auspices of the Reform and Conservative movements, were made eligible to immigrate to Israel under the Law of Return and receive the status of oleh, or immigrant. (This eligibility was only made explicit in 2005.)

As a result of this policy, many people who spent years of their lives living as Jews, many of whom have Israeli children who are recognized as Jewish, were denied full citizenship — simply because their conversions took place in Israel.

After 15 years of court battles, thanks to the Israel Religious Action Center, of which I am executive director, and our Legal Aid Center for Olim, this is no longer the case.

On March 1, Israel’s Supreme Court handed down a historic decision recognizing Reform and Conservative conversions performed in Israel under the Law of Return. These converts will receive Israeli citizenship and be recognized as full citizens under Israeli law.

It is a powerful moment, an enshrining of the rights of those who have chosen to join the Jewish People. And it upholds Israel’s founding promise that it will be a homeland for all Jewish people.

The fact that it has taken 15 years for Israel’s judicial system to rule on this issue points to the widening gap between Israel and Diaspora Jewry. Liberal Jewish movements like the Reform and Conservative movements are seen as legitimate and mainstream forms of Judaism around the world, but the State of Israel has often been dismissive of them, if not outright hostile. The Orthodox monopoly on religious services, combined with narrow political interests, has resulted in the Israeli government preventing egalitarian prayer at the Western Wall, and discrimination against Reform and Conservative synagogues.

The Supreme Court’s decision to recognize Reform and Conservative conversions performed in Israel is a step towards reconciliation. It is not only just, it’s good for Jews, good for Judaism, and good for Israel.

One of the most moving ceremonies within the Reform movement is performed after a conversion, when the congregant stands at the bimah, their new name is announced and the congregation, on its feet, repeats three times “akheinu atah” or “akhyoteinu at” — “you are our brother,” “you are our sister”. It affirms the Judaism of the person choosing to join this people, and the Judaism of every person witnessing and participating in this moment of connection and rebirth.

May the 47 petitioners whose case led to the Supreme Court decision, a group of Jews within and outside of Israel, hear all of Israel saying: “you are one of us.” We are a bit closer to bringing all Jews into equal status in Israel. There is more work today, but for today, let’s celebrate this historic moment.

Anat Hoffman is executive director of the Israel Religious Action Center, affiliated with the Israel Movement for Reform and Progressive Judaism.