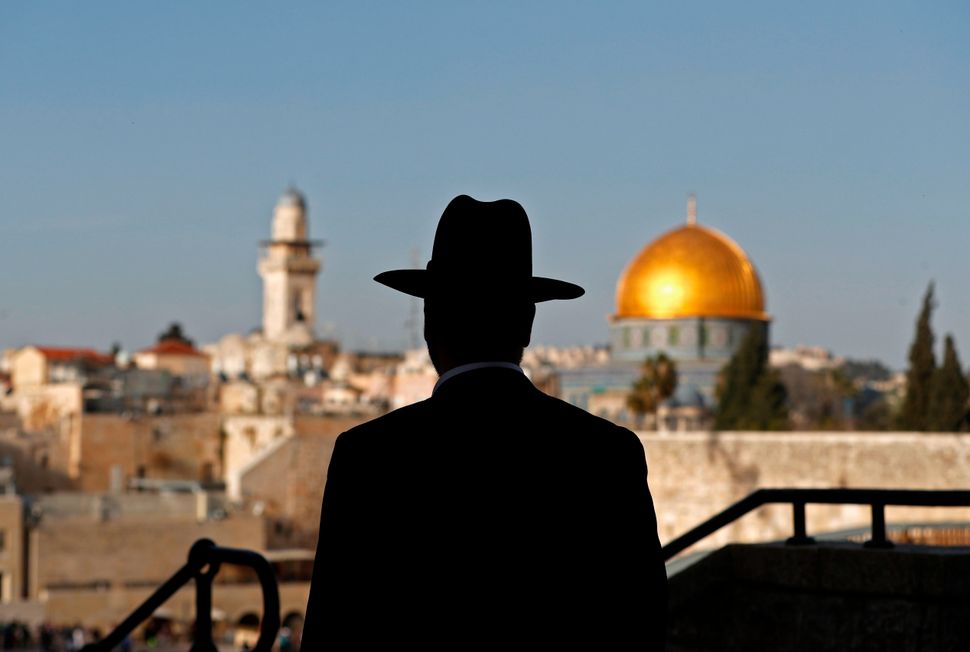 This week, Israeli converts to Judaism found themselves once more caught in a political power struggle between Israel’s religious right and left.

After 15 years of waiting for the Knesset to find a legislative solution to Israel’s conversion crisis, the Supreme Court dropped a legal bombshell by issuing a verdict requiring Israel’s Interior Ministry to recognize Reform and Conservative conversions in Israel for purposes of Israeli citizenship.

On the same day, during a Religion-and-State Debate sponsored by ITIM, the organization I direct, Knesset Member Yitzhak Pindros of the ultra-Orthodox United Torah Judaism party claimed that women who convert to Judaism through the Israel Defense Forces’ conversion program are not Jewish, and that the families of the Jewish men they marry in the future should sit shiva for their sons.

Both developments came at a politically fraught moment, with weeks to go before national elections.

A bit of background is necessary to understand why the conversion issue has become so controversial in Israel.

The story begins with the mass immigration of Jews from the former Soviet Union to Israel in the 1990s. Many of the roughly one million Soviets who became Israeli citizens were Jewish according to traditional Jewish law when they arrived in Israel, meaning they could establish that they had Jewish mothers.

Others were not. However, Israel’s Law of Return, more liberal than the traditional law, allows individuals to become citizens if they have just one Jewish parent, grandparent or spouse.

As a result, there are now close to a half-million Israelis whose families were persecuted in the former Soviet Union for being Jewish, who serve in the IDF and contribute to Israeli society, whom Israel’s Chief Rabbinate does not consider Jewish.

To further complicate matters, the authority responsible for implementing the Law of Return is the Interior Ministry, which has for many years been headed by an ultra-Orthodox political leader, and increasingly has taken its cues from the Rabbinate.

With regard to individuals who have converted to Judaism, the Law of Return allows converts who converted in “recognized communities” to emigrate, although it took a Supreme Court decision in the late 1980s to certify that Reform communities around the world met that criterion. Still, even after that court decision, the Interior Ministry and Chief Rabbinate refused to recognize converts from overseas who did not come from specific Orthodox communities, and the Rabbinate refused to perform marriages for them. (This problem is ongoing. Just a few years ago, the Rabbinate rejected a conversion performed by Rabbi Haskel Lookstein, one of the most prominent Orthodox rabbis in America, and only overturned its decision on appeal.)

The obvious solution to all these challenges would have been to create an Israeli conversion program sensitive to and supportive of the diverse community of immigrants who were not considered Jewish or whose Jewishness was in doubt.

Instead, in 2000, beholden to ultra-Orthodox political parties, the government ceded responsibility over the conversion issue to a State Conversion Authority, which it placed under the guidance of the Chief Rabbinate.

Since then, the Authority has held a virtual monopoly over state-sanctioned conversions in Israel. It has been widely criticized not only for operating exclusively according to ultra-Orthodox standards, but for discouraging potential converts and discriminating against immigrants — and running an inefficient bureaucracy, to boot.

In response, the Orthodox, Conservative and Reform Movements in Israel have each established and developed more inclusive, alternative conversion programs. (In 2015, I helped establish Giyur K’Halacha, an Orthodox conversion court network that specifically sought to ease the conversion issue for Soviet immigrants and their children.) But state recognition of non-governmental conversions has remained a challenge, and the Chief Rabbinate, buttressed by ultra-Orthodox political parties, has ruthlessly fought to retain control over the issue.

Now we arrive in 2021. The Israeli public, long angry with the ultra-Orthodox community’s hold on political power and denunciation of IDF enlistment, is even more frustrated by some of its sects’ violation of COVID health protocols. The upcoming elections threaten to weaken the ultra-Orthodox parties’ significance to any new government coalition. And the conversion pot the government has kept at a simmer for nearly two decades has reached a boiling point.

From a legal perspective, the decision rightly reflects and respects the diversity of the Jewish community. It recognizes that no one version of Judaism should hold sway over all others. And it extends hope that Israel’s State religious establishment can be pushed toward greater inclusivity over time.

But the fact that Israel’s civil courts had to intervene to attempt to solve a problem that was created by the religious establishment, and should have been fixed by legislation and negotiation, illustrates just how political this religious issue has become. Nothing could make this point more clearly than Yitzhak Pindros’ shameful statement about female soldiers who convert, a statement that defies halachic decisions—including those of some ultra-Orthodox leaders—in order to retain a hold on political power.

Those most hurt by the politicization of this religious issue are Israel’s converts and potential converts. One can only hope that going forward, the religious establishment will recognize the need to provide reasonable conversion alternatives to bring people closer to Jewish tradition, rather than build walls and wait for the civil courts to breach them.

Seth Farber is an Orthodox rabbi and Founder and Director of ITIM, which works to make Israel’s religious establishment inclusive, and of Giyur K’Halacha, Israel’s largest non-governmental conversion court network.