Letter to my community: My faith in Judaism and my faith in unions are one and the same 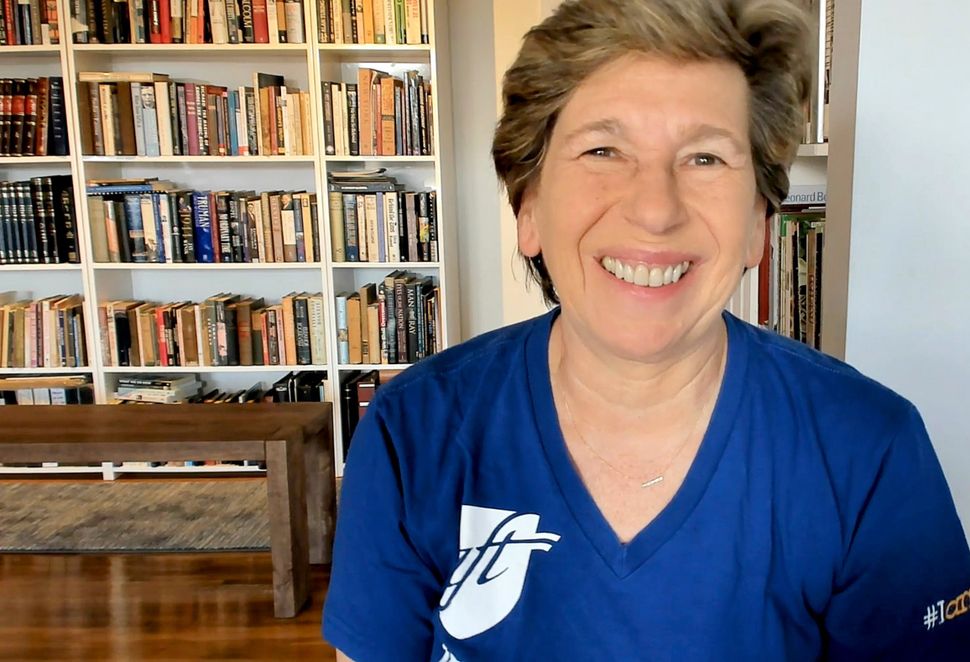 Attorney Randi Weingarten participates in Supercharge: Women All In, a virtual day of action hosted by Supermajority, on September 26, 2020 in United States. By Getty Images

I’d like to clarify some comments I made in a recent interview with the Jewish Telegraphic Agency. Those remarks sparked a controversy. Unfortunately, a few issues got conflated in the interview. For that, I apologize.

In the interview, I intended to point out that while there was a time in our Jewish communal history in which support for unions was assumed, this is no longer the case.

The point I set out to make was, simply, that historically, there was much less equivocation about whether to be pro-union in the Jewish community, because our shared history taught us to believe in justice for all, regardless of our own status. Our community has been helped by public education and by the union movement. Yet, today, it is too easy or acceptable to blame the union — ignoring the realities of the challenging circumstances imposed by the pandemic — without recognizing the positive role unions have played, and continue to play in our effort to reopen schools safely and equitably.

But I didn’t express those thoughts artfully, and I used language that I regret.

My life’s work at the intersection of unions and public education has put me shoulder-to-shoulder with many Jews, working to create a path out of poverty and to fight for the dignity of all people, particularly working people. I believe those fights go hand in hand with the fight against antisemitism, and I apologize that my comments did not express that clearly.

When I talk to a media outlet focused on the Jewish people, I do so as an educator as well as a proud trade unionist and Jew. These are intersecting identities that inform my beliefs. So do my lived experiences: My grandparents were immigrants, my mother was a teacher, and my father was an electrical engineer who experienced long layoffs throughout his career.

From my earliest days at Camp Ramah to my marriage to a rabbi, I have developed a deep Jewish belief in social justice that has led me to a life of trade unionism.

The union I lead, the American Federation of Teachers, was founded and activated by a generation of educators, many of whom were Jewish. They saw public education as the ladder upward for their generation and those to come. They were following in the footsteps of their own parents, many of whom worked in sweatshops and helped found unions like the International Ladies’ Garment Workers’ Union and the Amalgamated Clothing and Textile Workers Union. That organizing eventually helped eradicate child labor and halt endless workweeks. It gave workers a tool to fight back against all sorts of exploitation.

Public education was a leg up toward the American dream that earlier generations sacrificed so much to attain. Unions like these were integral to immigrant Jewish homes, especially in New York City.

This very newspaper, the Forward, was founded in the late 19th century with a clear pro-union agenda. It was heavily subsidized by the garment unions. The early Forward had the slogan “Workers of the World Unite” on its masthead. The tradition supported by immigrants in their unions was all-inclusive. They believed that the union could provide its members and their families with benefits including education, healthcare, housing, culture and a healthy and safe retirement. All of these values were central to the American Jewish experience.

It was common for Jewish mainstream organizations to support workers’ rights legislation, as many Jews were themselves aspiring to a middle-class existence. It was equally the norm for many Jews to support teachers and our union. We were seen as part of the American Jewish fabric.

I share all of that history to make clear that as a Jew and a trade unionist, I believe that a fundamental strength of our society is the ability for everyone to have a voice and agency in building a better life.

I believe in debate.

And I’m disheartened that my attempt to start a civilized discussion about the intersection of Judaism, the labor movement and the role we all play in making our society more just was obscured by a controversy over a flawed choice of language, and even accusations of antisemitism.

I would like to believe that regardless of our own social and economic backgrounds, we remain committed to the core belief of justice for all.

Today there is still poverty among the Jewish community. Social service organizations funded by our philanthropic communal dollars support aid to our most vulnerable. We, as an American Jewish community, are extraordinarily philanthropic and active in myriad social justice causes. These are the values I hold dear.

And we are still fighting for a more equitable nation. Yes, we have a rich history of trade union activism and support among American Jews. But I would like to think that it isn’t merely history; rather, that our past informs our present. We have so much to be proud of as an American Jewish community, and so much more that we can achieve by building on the lessons of an earlier generation.

Our nation’s public school system lifted up several generations of Jewish immigrants to help them achieve the American dream. I’m now seeing this same public education system raise new generations of American children toward their dreams each day, despite the incredible challenges we face, and have faced particularly in the last year.

L’dor v’dor, from generation to generation, I hope that we transmit this extraordinary history, even as we create new iterations of the justice we pursue.

Randi Weingarten is president of the American Federation of Teachers (www.aft.org)

Letter to my community: My faith in Judaism and my faith in unions are one and the same