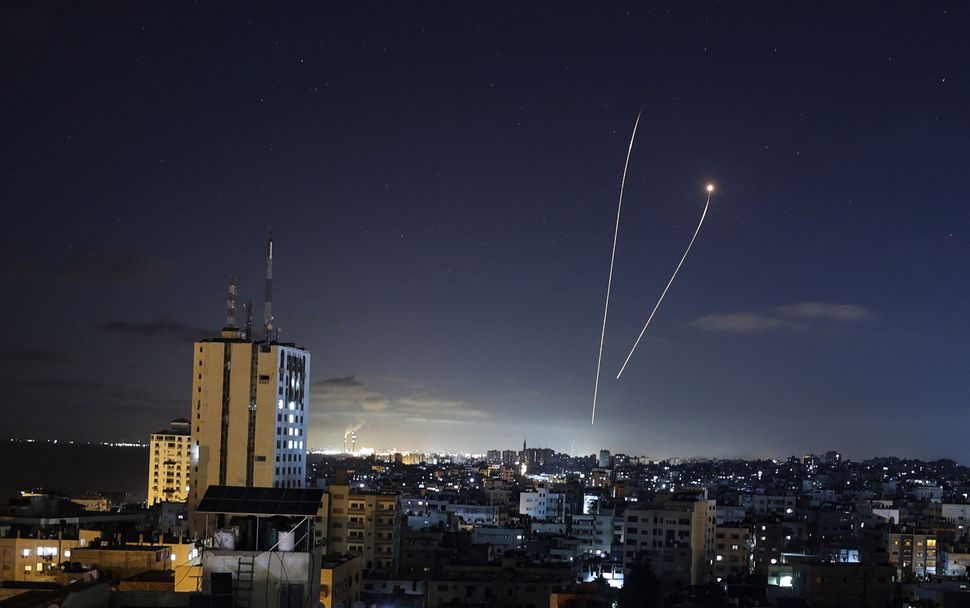 As of this writing, Israel and Hamas appear headed for a ceasefire. For the White House, should the ceasefire take effect as expected at 7 p.m. Eastern time and hold, it may seem like a victory for its favored quiet and “arm around Israel” approach. In fact, though, this episode demonstrated the inadequacy of a hands-off-but-not-quite strategy.

The administration should have pushed for a ceasefire much sooner, or at least not stymied the efforts of other countries and international bodies.

What was most troubling about the Biden team’s lackluster public effort is that it may have been intentional. Writing in the Financial Times at the outset of the fighting, former U.S. Ambassador to Israel Martin Indyk said that Biden’s “basic objective in the region is to maintain calm so he can deal with more important issues elsewhere. Any heavy lifting will need to be handled by America’s regional partners and allies.”

“Essentially,” Indyk wrote, “he is leaving Israel to deal with the crisis on its own.”

While Washington sent an able and talented diplomat, Hady Amr, to the region, the absence of high-level officials was striking. Involvement from President Biden and Secretary of State Antony Blinken was limited to phone calls whose readouts initially did not convey any sense of urgency.

Among the variables that contributed to quickly ending the carnage in Gaza war after eight days in 2012, and eventually after seven weeks in 2014’s Operation Protective Edge, was active American diplomacy, which was glaringly missing over this latest 11-day escalation. In 2012, then-Secretary of State Hillary Clinton personally travelled to the region to broker a ceasefire with the help of Egyptian mediators. Two years later her successor, John Kerry, had less luck but showed equal determination and intense personal involvement in negotiating ceasefire agreements.

Pivoting away from the Middle East to “more important issues elsewhere” still does not tell the whole story of the Biden administration’s flailing amidst this crisis. What the Biden policy amounted to was a contradictory dynamic: pivoting away from the region while maintaining fully the so-called “special relationship” with Israel, including “protecting” it from the intervention of (other) outsiders.

In effect, the U.S. policy with regard to this round of fighting was not to do much to produce a ceasefire while at the same blocking efforts by others, including allies, from doing much about it either. It amounted to a muddled policy when something resembling clarity of purpose was required.

This tack was most evident in the U.S. stymying the U.N. Security Council on three separate occasions from issuing statements on the conflict, which the other 14 members have wanted to do. Before the ceasefire was announced, Washington was set to oppose a French resolution in the Security Council.

A combination of factors contributed to this lack of a coherent policy from the administration. The Biden White House, like the Israeli government, was probably caught off guard by Hamas’s willingness to militarily confront Israel over events in Jerusalem and at Al Aqsa, the Old City mosque compound. The administration has yet to nominate an ambassador to Israel or name a special envoy for the conflict, an inexplicable self-inflicted wound that limits American reach in the region and sends a signal to the parties that, even with mounting loss of life, U.S. attention lies firmly elsewhere.

The president and his team may also believe that their leverage with Israel is better saved for a more important occasion, such as renewed nuclear diplomacy with Iran.

None of these ultimately justified the weak-willed posture from the administration. Tensions had been rising in Jerusalem for weeks, and the 2014 war in Gaza showed Hamas was willing and able to react to events outside the Gaza Strip. And if the Biden administration really believes Benjamin Netanyahu will quietly allow the U.S. to return to any realistic Iran nuclear deal, which is one that would allow Iran to enrich uranium within strict limits, then it must have badly flunked Bibi 101.

In the end, it may have actually been domestic politics that encouraged the president to slow-walk his ceasefire demands in public. After all, as a lifelong supporter of Israel, Biden can’t be pleased with the current movement of the party away from traditional support for Israel — and not just from progressives like Alexandria Ocasio-Cortez and Bernie Sanders. I think he hinted at this when he reportedly told Netanyahu on Monday that he could not hold out publicly for much longer.

If even a single life was lost in Gaza or Israel because of domestic political considerations in the United States, it should go without saying that is shameful. Counterfactuals are hardly straightforward, and there is no guarantee a more active approach would have produced better results, but this possibility should nevertheless trouble us all.

Israel does not want to be bogged down in Gaza forever, so it is unsurprising that it eventually agreed to a ceasefire after some political resistance. But it’s come at a high cost in human life on both sides — especially in Gaza — and one that is difficult to justify. In the final days of the fighting, it is unlikely Israel achieved many strategic objectives beyond what it did in the beginning.

The details of any ceasefire agreement, if there are any, will trickle out in the coming days. What is unfortunately probable is that any long-term solution to prevent future wars will continue to elude Israelis and Palestinians.

The rockets may stop firing at 2 a.m. Israel time, but we can already start grimly counting down to the next conflagration. When it arrives, the Biden administration — or whoever is in charge — should not be caught without a coherent policy approach again.