To get closer to a two-state solution, Biden should make these four diplomatic moves 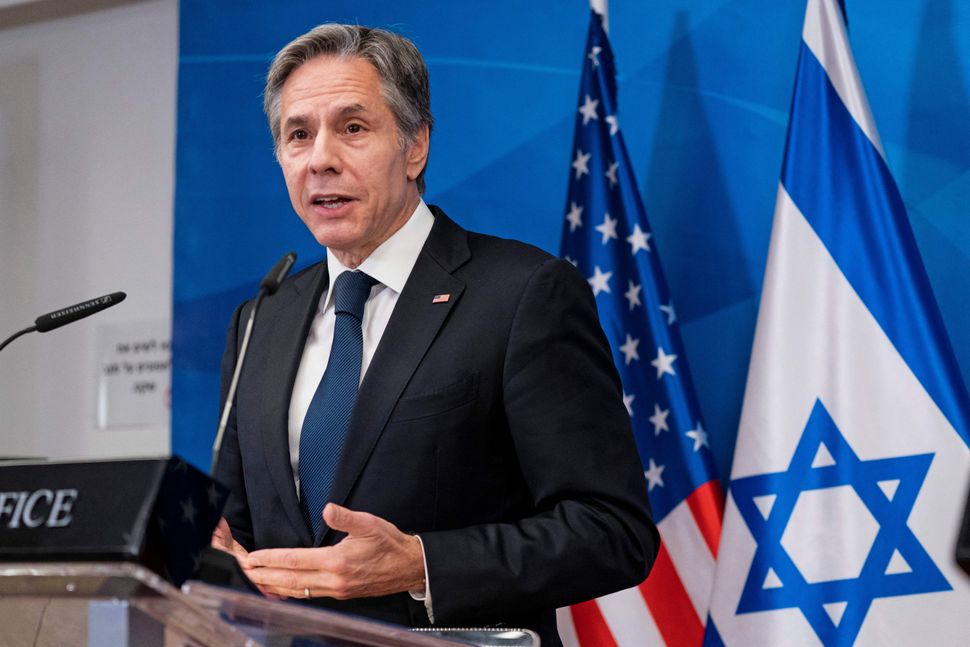 On May 25, Secretary of State Antony Blinken landed in Israel to help secure the ceasefire between Israel and Hamas and design the economic arrangements with Gaza in the wake of the latest violence.

It is also Biden’s first opportunity to open much broader conversations about the future of the Palestinian Authority, assert America’s position in Israeli-Palestinian relations and move toward a two-state reality — which can all be accomplished through four key diplomatic moves.

Blinken is scheduled to shuttle between Israel, Jordan, Egypt and the Palestinian Authority on his first trip to the region as Secretary of State. As a seasoned diplomat, Blinken will surely notice the idiosyncrasies of the American Embassy to Israel in Jerusalem, which currently also serves as the diplomatic mission to the Palestinian Authority in the West Bank and to Gaza.

The 1967 Six-Day War ushered in a strange diplomatic reality. Since the legal status of Jerusalem was seen as ‘disputed’, the American Embassy to Israel remained in Tel-Aviv. Meanwhile, the American Diplomatic Mission to the Palestinians operated out of the American Consulate in West Jerusalem, which has been in place since the Ottoman Empire.

There was a logic to this madness. In the Oslo Accords, Israel and the Palestinians agreed that the status of Jerusalem is an ‘outstanding issue’ along with their future borders and the terms on which a Palestinian state will emerge.

A Permanent Status Agreement, which was supposed to be signed in 1999, would have ‘upgraded’ the Palestinian Authority into statehood, determine its permanent borders with Israel including in the Jerusalem area, and thereby allow for the emergence of two capitals in that area: Yerushalayim as Israel’s capital and Al-Quds as the capital of the Palestinians. At that point, the U.S. and other countries would relocate their embassies to Israel and Palestine to Yerushalayim and Al-Quds, respectively. This was not only the outline of the 2001 Clinton Parameters, but also of the 2018 Trump plan.

President Trump broke with these traditions. He not only moved the American Embassy to Israel from Tel Aviv to Jerusalem, but also folded the Consulate into the Embassy as a Palestinian Affairs Unit. Hence, effectively, Trump’s ambassador to Israel, David Friedman, was the ambassador to Israel and to the Palestinians in the West Bank and in Gaza. Furthermore, in 2018, President Trump shut down the Palestinian diplomatic mission to Washington DC, which had been led by the PLO since 1994.

These diplomatic facts create a blank slate for the Biden administration, which faces inevitable decisions not only regarding representation between the U.S. and Israel, but also with the Palestinians. The Biden administration is committed to the two-state solution and has already promised that the American Embassy to Israel will remain in Jerusalem. It also pledged to improve relations with the Palestinians, which will inevitably require direct diplomatic representation between the U.S. and the Palestinians.

So what should Biden do? His administration faces two options: undo Trump’s actions by simply reopening the Consulate in East Jerusalem as the diplomatic mission to the Palestinians and the PLO mission in Washington or embrace a bold approach that creates a new diplomatic reality for all sides.

A keystone of Biden’s new approach is making explicit that the Palestinian Authority will become a state alongside Israel. In doing so, Biden will be relying on four American Presidents and four Israeli Prime Ministers, including Trump and Netanyahu, who did so in the past. Biden should then declare the Palestinian Authority as a ‘nascent state,’ which is a status in international law that refers to political entities who are going to become states when they meet certain conditions. Israel was a ‘nascent state’ between the United Nations Partition Decision of Nov. 29 1947, and the departure of the British Mandatory Government on May 15 1948.

For Biden, this would be an important diplomatic step toward a reality of two states for two peoples, which benefits all sides. Israel should appreciate the consolidation of power in the hands of the Palestinian Authority over the PLO and Hamas, and the diminishing stature of the Consulate in Jerusalem. After all, a full-fledged American diplomatic mission to the Palestinians in the heart of Jerusalem compromises Israel’s stature in the city.

Such a move can serve as an important signal to other countries who are operating consulates in Jerusalem, such as France, and signal to many other nations that it is OK to relocate their embassies to Israel to West Jerusalem while opening diplomatic missions in Ramallah. For the Palestinians, Biden could offer a final stamp of approval on the imminent statehood of Palestine based off the Palestinian Authority. This would be a setback to Hamas following its rise in the recent military confrontation.

When Secretary Blinken visits Jerusalem, he should see an opportunity for President Biden not only to assume American diplomatic leadership but also to help all sides get to a better equilibrium. The time to act is now.

Gidi Grinstein is the Founder and President of the Reut Group and former secretary of the Israeli Delegation for the negotiations with the PLO in 1999-2001 including at the Camp David Summit and the Clinton Parameters.

To get closer to a two-state solution, Biden should make these four diplomatic moves