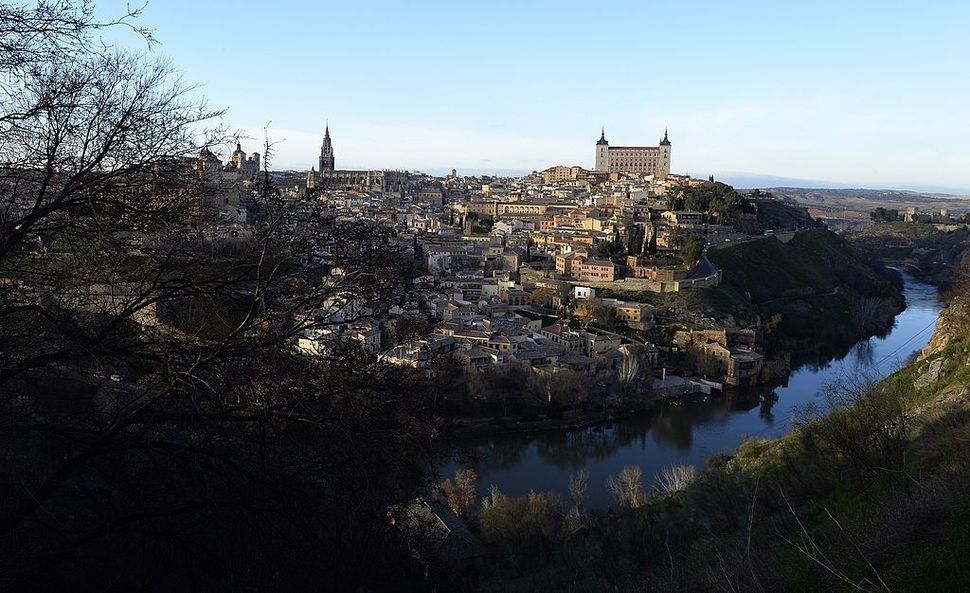 Over glasses of the local Alhambra brew, she told me that her grandparents spoke Ladino, and that whenever someone would mention Spain around her grandmother, the older woman would hiss under her breath. Five hundred years after the Inquisition, the wounds of the past still ached.

Under a Spanish law that expired this month, descendants of Jews expelled during the Inquisition were eligible to receive a Spanish passport. Getting approved, however, was another matter entirely. Recent reporting reveals that just 22% of applications were approved since the policy was instituted in 2015, and in recent months, Spain’s Ministry of Justice instituted increasingly restrictive bureaucratic standards. On September 1, the program closed, ending Spain’s reckoning with its vanished Jews of long ago.

It is worth pausing for a moment to think about what Spanish Jews of the past have to teach American Jews about the present. They were the victims of racial panic, of weaponized identity politics. They too lived in a world rocked by political instability, balancing great achievement with rising prejudice.

It would be a stretch to say that this ghostly history took me to Spain. But my time in the country offered some crucial clues for another civilization that is feeling a little distant from its Golden Age these days: American Jews. We too live at a moment of wrenching change, when Jews have to navigate new political and cultural regimes that seem less hospitable than those that preceded them.

The tide of expulsion washed Spanish Jews to the four corners of the globe. Understanding what led to their fate might help us alter our own.

At the Prado, Madrid’s extraordinary art museum, I stopped dead in my tracks in front of a Francisco Rizi painting depicting an auto-da-fé, the burning of a Jew in Plaza Mayor, the main square in Madrid. The wall note helpfully informs the viewer that “Rizi’s canvas is the finest and most detailed depiction of one of these events.” I’d had a café con leche and a croissant at that very spot that morning and flirted with a waitress about the warm weather.

What happened to Spanish Jewry was an utter catastrophe, snuffing out a civilization in its prime. Among the most dramatic relics of Jewish suffering in the world are the ghost towns in Spain, ravaged by Muslim and Christian persecution. They are pale shadows of the once-glorious seat of Sephardic Jewry. Cordoba and Seville, Granada and Toledo — these were places in which Maimonides studied Torah, Yehuda Halevi composed the most beautiful Hebrew poetry since the Bible, Kabbalists dreamed of angels and songwriters like Solomon ibn Gabirol and Samuel ha-Nagid swooned over beautiful Biblical landscapes and women alike.

Half a millennium ago, one of the greatest diasporas was decimated by those Catholics who decided that Jews were an affront to the One True Church, and that expulsion was their answer to the perennial Jewish Question. Jews who converted to Christianity rather than leave faced an exile of the spirit and soul, a journey that still often terminated horrendously at the stake.

This expulsion seeded the great flowerings of the Jewish worlds of Safed, and parts of the Middle East and North Africa, as well as the anxious hinterlands of the collective Jewish mind, where the next calamity is just over the horizon. Their memory lives on not only in other lands, but in the Spanish genome: studies have revealed that 20% of Spaniards have Jewish ancestry. Over a beer in Seville, I read about a Spanish Catholic who had the practice of muttering words on entering a Church: it turns out they were Hebrew, half remembered articulations of Jewish faith made in the shadow of the cross and the gaudiest gold.

Those who left suffered the pain of homelessness, the indignity of the road. But the fate of those who stayed and converted was sometimes worse: the relentless hunt of the Inquisition, searching for the smallest hint of heresy among the Marranos, a candle set or a Saturday shirt grounds for the rack or the stake.

The Spanish experience kept intruding into my present. I couldn’t bring myself to sign up for one of the excursions designed to highlight pogroms and expulsions, synagogues that once stood and bones that were moved long after they could move. But I did find my way to the Juderías, the old narrow Jewish districts now filled with buzzy cafes and galleries.

The synagogues that remain are museums either closed on Mondays or facelifted into churches. In Cordoba, the statue of Maimonides and the plaza named after Yehuda HaLevi feel like totems to an extinct and vanished tribe. While about 45,000 Jews live in Spain today — mostly post-war immigrants from Morocco and Latin America — one of the few mezuzahs I saw during my trip was affixed to the doorpost of a trendy speakeasy in Malaga called ‘The Pharmacy.’

That Spain’s extension of citizenship to Jewish descendants is being effectively revoked casts doubt on just how much reckoning is being done with crimes of crown and church.

As I traveled from city to city hopping on trains and buses, I read Joshua Cohen’s new novel, “The Netanyahus.” In both the book and in life, Bentzion Netanyahu, father of former prime minister Benjamin Netanyahu, was a scholar of the Spanish Inquisition. His right-wing Zionism found in analyzing this landmark disaster of the Diaspora fertile soil for a Jewish State, one informed by pride and strength, and committed to ingathering as an antidote to dispersion: the effort to blend in is doomed, so why even try?

For a long time, these grim lessons didn’t seem like they applied to the American experience. We learned in school about the historical precariousness of Jewish existence, how golden ages seemed to collapse with a ferocity in direct proportion to how brightly they glittered. Caught in a vice between the Catholic Church and a new and more fundamentalist Muslim regime, the Jewish glories of Andalusia were long living on borrowed time, just as those of Aleppo and Vienna would eventually run out of rope.

Why is America any different? Organized not around religion or race but a set of ideas, democracies seem less likely to turn on their own citizens than mercurial monarchies or totalitarian states. We live freed from choosing between religion and citizenship. Jews are not despised, but widely admired.

Lately, this vision seems to be fraying. Violence in synagogues has torn at the essential freedom of our ability to worship freely and securely. Mobs on the street attack Israel in the name of Jews, and Jews in the name of Israel. Increasingly, anti-Zionist politics have gained a foothold in the American political system, and it inevitably is shading into the ugliest kind of antisemitic rhetoric.

A new ideology, Critical Social Justice, sees Jews as white and privileged, their success an impediment to a better society rather than a testament to its health. It is now common to hear that Jews are white, that they benefit from white supremacy, and that they must lend their hands and resources to dismantling the frameworks that have given rise to this state of affairs.

This ideology is fatally shortsighted — and the Spanish example offers the most tragic proof. “Are the Jews white?” uneasily echoes “are they Christian?”: the old formulas of race and blood and belief stubbornly clinging to the contemporary scene.

Like their German heirs centuries later, the Inquisitors were theoreticians of blood. They called it “limpieza de sangre,” purity of blood, to track what indelibly traveled through capillaries as opposed to what could be cleansed through conversion.

But the lessons that medieval Spanish Jews would tell their contemporary American cousins is not necessarily a uniformly bleak one; to succumb to a story of inevitability is to absolve churchmen of their prejudice and Ferdinand and Isabella of their heartlessness. People and countries make choices, and they do so freely.

But we should know that good fortune and success are not things to take for granted. Jewish history has always been an uphill climb, and any perceived summit is just as close to the slope down as the path up. Even amongst the splendor of Spain at its zenith, its Jews always dreamed of Zion. In other words, they never stopped wanting to go home. American Jews can learn from their seamless merger of Hebrew and Arabic, deep Torah learning and secular excellence, a cultural synthesis where love of Sepharad and the Land of Israel danced in harmony.

There are more somber lessons as well. Even the most successful Diaspora cannot afford to avoid the mobilization of political forces against Jews. Cultural success is no guarantee of physical or communal security. Just as the Jews of Spain had to navigate threats from both their Christian and Muslim rulers, American Jews are required to fend off antisemitism from the far right and progressive left. To fail in this vigilance would be to risk a recurrence of the past.

My last day in Spain, I visited the ancient caves in Nerja, a small resort town on the southern coast. I wandered into a vast network of underground tunnels studded with stalactites and elusively priceless prehistoric cave paintings. Our ancestors lived in these exceedingly strange catacombs 30,000 years ago, burying their dead, hunting animals and worshipping unknowable gods.

There was something comforting about the footsteps of these ancients, who knew nothing of the religious hatreds and prejudices that are our troubled inheritance. No doubt they had their own expulsions and inquisitions but from this distance, all that remains are shapes on a wall, shadows overhead, and an echo rebounding through cavernous emptiness.