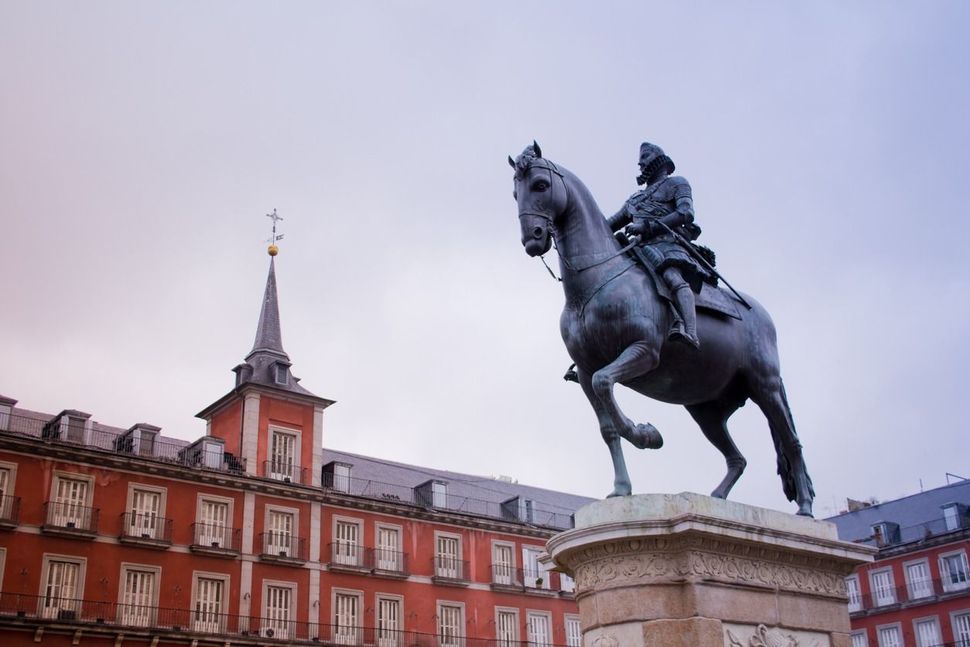 There’s a curious phenomenon which may be unfamiliar to American Jews: Many Germans who have no Jewish ancestors commonly use surnames like Rosenberg, Rosenthal, Meier, Weill, Schuster and Landau.

The same is true of Sephardic Jews: Names like Henriques, Lopez, Mendes, Rodriguez and Pereira are commonly used by both Sephardic Jews and by Iberian Christians and their descendants living in the Americas and in other parts of the world.

It’s an interesting phenomenon that requires some history to unpack. But first, a note on terminology. In this article, I use the word “Sephardic” only in its narrow, geographical, sense, to refer to Jews whose ancestors lived in medieval Spain or Portugal, but not those Jews from North Africa, Italy and the Eastern Mediterranean area who had no Iberian forefathers, but follow what’s known as the “Sephardic” religious rite.

The first group of Sephardim were the descendants of people expelled from the Iberian Peninsula during the 1490s. In 1492, the rulers of the Crowns of Castile and Aragon signed a law prohibiting the practice of Judaism in their territories. Numerous exiled Jews left for the Ottoman Empire, Morocco or Italy — primarily Rome. (While Amsterdam became the most important center of Sephardic emigration more than one hundred years later, no exiled Jew went there in 1492.)

Many Jewish families expelled in 1492 had hereditary surnames that were not used by their neighboring Christians. Among them are Hebrew-based names like Cohen, Levi, Gabbay, or Sarfati; surnames related to Jewish given names such as Abarbanel, Aben Ezra, Benveniste and Nahmias; or family names based on Arabic such as Abuhab, Albahari, Ben Chicatella and Ben Zekri.

Yet, both Jews and Christians shared numerous surnames, a phenomenon natural for populations living on the same territory and speaking a shared language.

Among these shared names are those based on Iberian towns and areas where both Jews and Catholics before the 1492 expulsion: de Avila, Castro, Corcos, Franco, de Leon, and Toledano; names based on occupations such as Platero (silversmith, in Spanish), Ferrer (smith, in Catalan), and Cordoeiro (rope maker, in Portuguese); as well as surnames based on first names like Gabriel, Samuel, Bondia and Vidal.

According to certain estimates, more than 200,000 Jews were converted to Christianity in the territory of modern Spain between 1391 and 1492. After the expulsion law of 1492, tens of thousands more converted rather than be exiled.

Among those who decided to retain their Jewish religion and emigrate, a large portion preferred to move to neighboring Portugal, where they joined small local Jewish communities. Unfortunately, four years later, the Portuguese King issued a law expelling all Jews from his country as well.

If Jews had a real choice between conversion or expulsion in Spain in 1492, such a choice was rather theoretical in Portugal; numerous restrictions and obstacles made leaving difficult, if not impossible. As a result, in 1497, almost all Jews living in Portugal, both local and recent Spanish migrants, converted to Christianity.

During the conversions that took place in Spain in 1492 and Portugal in 1497, former Jews that were now called “New Christians” (to distinguish them from “Old Christians” whose ancestors have been neither Jewish nor Muslim) invariably abandoned both their Jewish given names and surnames. We do not know how or why this happened, but a few available documents allow us to distinguish some patterns.

Generally speaking, there was no relation between an individual’s original Jewish name and their new Christian surname. Most often, individuals adopted surnames derived from local Christian male given names.

In Portugal, they often amended male first names with the suffix “-es,” such as Alvares, Dias, Fernandes, Lopes and Mendes. In Spain, they used “–ez” to form names such as Enriquez, Nuñez and Perez. Other common names included da Costa (of the shore), del Valle (of the Valley), Carvalho (oak), or Oliveira (olive tree). Common Iberian surnames included Cardozo, Espinoza, Fonseca, Mendoza and Silva.

Most crucially, this refutes the idea that having one of the above surnames necessarily reveals Jewish ancestry.

Life for New Christians in the Iberian Peninsula was difficult. The Inquisition that was officially introduced in Spain in 1478 and in Portugal in 1536 persecuted New Christians. The government regularly accused the New Christians, for real or invented reasons, of secretly adhering to the religion of their ancestors.

Because of idea of “cleanliness of blood,” the descendants of converts to Christianity belonged to a social stratum significantly lower than the Old Christians did, with numerous restrictions on their daily lives. During the 16th–18th centuries, a significant number of people with Jewish ancestors left the Iberian Peninsula if they were able to, in search of security and prosperity.

After their migration to countries where Judaism was not prohibited, numerous New Christians and their descendants became openly Jewish. In their new places of residence, 16th century migrants from the Iberian Peninsula met other Jews who lived there already (Ferrara, Ancona, and Venice, all in Italy) and, in the 17th century, created local Jewish communities (Amsterdam, Hamburg, Livorno, London, and several places in southwestern France including Bayonne and Bordeaux).

During the following centuries, numerous branches of these families came to the Ottoman Empire or founded Jewish communities in the Americas.

This second group of Sephardic migrants from the Iberian Peninsula different from the Sephardic Jews expelled in 1492 in many ways. They had lived, at least nominally, as Catholics. They primarily came from Portugal. And after becoming openly Jewish in their new home countries, many of them, especially during the 16th century and the beginning of the 17th century, either took surnames designating Jewish castes, names like Cohen, Levi or Israel, or reclaimed the surnames of their ancestors before the conversion, such as Abensur, Aboab, Namias and Senior.

Still, many formerly-Portuguese Jews retained the surnames their families used while nominally Catholic. For many of them, these were their surnames, plain and simple. The fact that they had been borrowed from Christians and adopted by their Jewish ancestors at the moment of their conversion to Christianity was, for practical purposes, irrelevant.

For other Portuguese Jews who had both Jewish and non-Jewish ancestors, these names could also be inherited from their Old Christian ancestors.

These historical events explain how hundreds of typically Christian names were acquired by Sephardic Jews during the 1500-1800s.