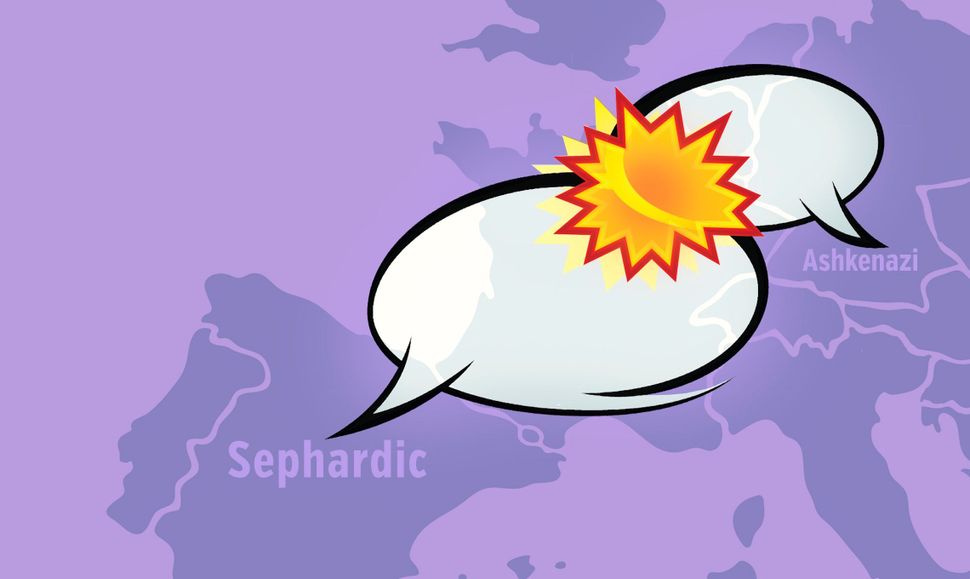 And yet, none of this is accurate. The first assertion is senseless from a linguistic point of view. The second one is partly incorrect. And the third one is speculative.

In different times and regions, the acceptable norms of pronunciation can vary, as you can easily see by comparing the speech of a person from Leeds, England with that of a person from, say, Lubbock, Texas, or if you compare the English of Chaucer and Shakespeare. Any assertions about “correct” or “incorrect” pronunciations (or spellings, morphologies or syntax, for that matter) of a language makes sense only within set boundaries of time and or space.

This is true of the historical linguistics of Hebrew. It does not deal with “correctness,” but rather with kinship. This means that to address the question of whether Ashkenazic or Sephardic pronunciations are more historically correct, we need to discuss the degree of kinship between the systems of pronunciation of Hebrew in ancient times, as well as by Ashkenazic and Sephardic Jews centuries later and today in Israel.

And in the stressed position, the diacritical signs corresponding to the two pairs mentioned above yielded for Ashkenazic Jews two different sounds. Compare, for example, the phonetic forms of such biblical names as Khane (patach) for Channah versus Borukh (qamatz) for Baruch, Leyo (tzere) for Leah versus Perets (segol).

Today in Israel, Ashkenazic pronunciation is considered “incorrect” according to the formal norms. But there are exceptions. The sound known in Hebrew grammar as the mobile shewa is often non-pronounced, such as in the pronunciations “zman” rather than “zeman” for time, which corresponds to the Ashkenazic tradition. Likewise, the sound “ts” rather than “s” for the Hebrew consonant tzadi (צ) again fits Ashkenazic and not the Sephardic traditions.

These major features are easily explained by the fact that Ashkenazim from Eastern Europe heavily influenced modern Israeli Hebrew. Globally speaking, all sounds present in Israeli Hebrew were also known in Yiddish, an Ashkenazic language. Yet certain guttural sounds known in Sephardic communities (especially those from the areas where the majority has been Arabic-speaking Muslims) are unknown in Israeli Hebrew.

Both Sephardic and Ashkenazic phonetic systems took shape in the Middle Ages. But Ashkenazic pronunciations changed more than Sephardic ones. The process was influenced by the wish to have different sounds for different Hebrew diacritical signs and the existence of such sounds in the German-based vernacular language, the ancestor of modern Yiddish. In this sense, the Sephardic pronunciation of vowels is more archaic.

It is striking that this “archaic” pronunciation shared in the Middle Ages by all Jews from Western Europe utilized different diacritic signs for vowels pronounced identically.

The explanation of this strange phenomenon comes from the consideration of the inception of the system of Hebrew diacritics for vowels, nekudot. During the last thousand years, Jews used this system all around the world. Yet there was a period in the past when it was only one of at least three competing systems: the modern “Tiberian” system was rivaled by the “Palestinian” and “Babylonian” systems. These three systems were devised by Jewish scholars during the 7-10 centuries in Galilee, Judea and Babylonia. Note that this period followed a stage in the history of Hebrew I addressed in a previous piece. During the stage in question (the 3-6 centuries), Hebrew was absent from all Western Diaspora. In the Middle East during this period of time, the Talmud was compiled. Its authors knew Hebrew perfectly well; these scholars were studying and discussing a bulk of Hebrew texts including those of the Mishnah and the Bible, but even for them, we do not have any information about Hebrew’s use in vernacular speaking or in writing.

The “Babylonian” pronunciation gradually disappeared from the region where it was used. For all early medieval traditions from Western Europe, their ancestral dialect corresponds to the one that served as basis for the “Palestinian” system of Hebrew diacritics. Among the phonetic traditions that would directly inherit Hebrew from the “Tiberian,” dialect none survived today: Jews have only universally accepted its graphic elements. This acceptance did not provoke changes in the Sephardic pronunciation of Hebrew. But it did impact the Ashkenazic pronunciation. As a result, the Ashkenazic pronunciation of Hebrew is heir to two different dialects of Hebrew in Late Antiquity / Early Middle Ages: “Palestinian” and “Tiberian”.

Which one of the three ancient dialects, “Tiberian”, “Palestinian” or “Babylonian,” did Jews speak during the time of King David?

We have no information to help us definitively answer the question. But even during the time of King David, Jews in different parts of the Land of Israel might have pronounced Hebrew differently — and “the Forward” was not yet around to teach them the correct way to do it.