My Serbian grandfather was killed during the Holocaust. How he died remained a secret — until now 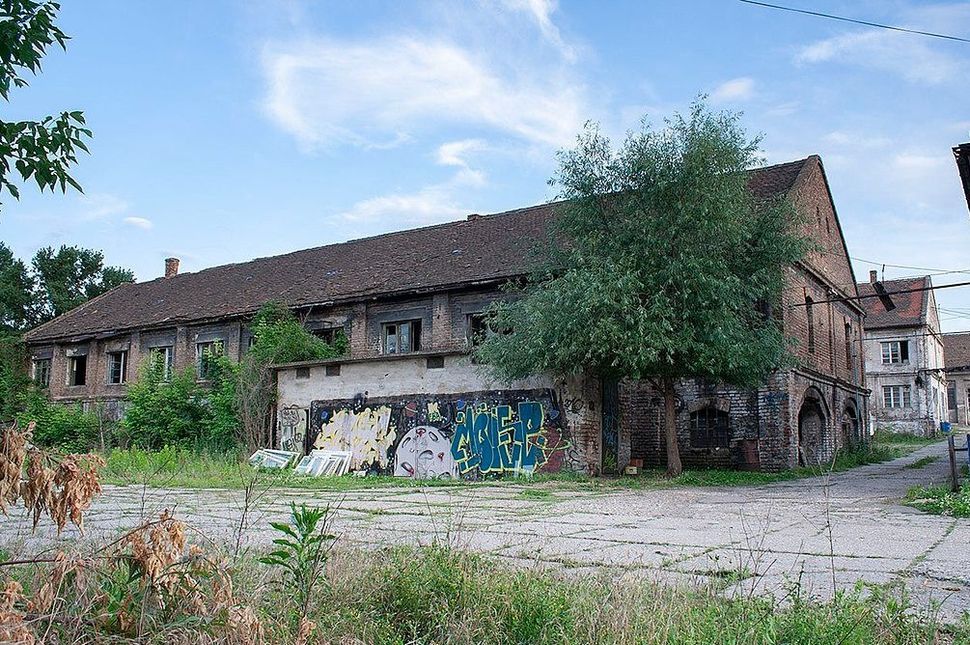 My grandfather Alexander Brill was murdered in Belgrade, Yugoslavia 80 years ago this November. My family only learned the date — Nov. 13, 1941 — in 2017 when we received documents from the U.S. Holocaust Memorial Museum.

When you think of the Holocaust, you likely think of massive death camps, gas chambers, cattle cars, prisoner tattoos and forced marches. My grandfather’s tragic story has none of that.

Like most of Belgrade’s Jews, he was enslaved, imprisoned, murdered and buried in his hometown. For decades, my family didn’t know where or how my grandfather died.

The Holocaust came early and fast to Serbia. My grandfather was murdered a month before the U.S. entered World War II and the Nazis came up with their Final Solution. Jews had lived in Belgrade for over four centuries, yet almost all the 11,000 Jews living in Belgrade in 1941 were murdered. With so few survivors and descendants to tell the story, it is still largely unknown.

As a child, the stories my father told me didn’t match what I learned in Hebrew school about the Holocaust. We studied Poland, Germany, and Anne Frank in Holland. My teachers never once mentioned the Balkans, where I knew my grandfather had perished.

As an adult, I began to piece together the larger story of the Shoah in Serbia through internet research, two trips to Belgrade, and the few books in English that exist on the topic.

When the occupation began, my grandparents were living in Dorcol, Belgrade’s Jewish neighborhood, with my grandfather’s two younger brothers, and my two-year-old father named Heinrich. My grandparents met at a dance hall and married for love. They made a stunning young couple in their wedding photo, in which he removed one glove and held her arm with his bare hand. She wore a white dress she sewed herself, whose long train she would later cut up during the war to make clothes for their children. 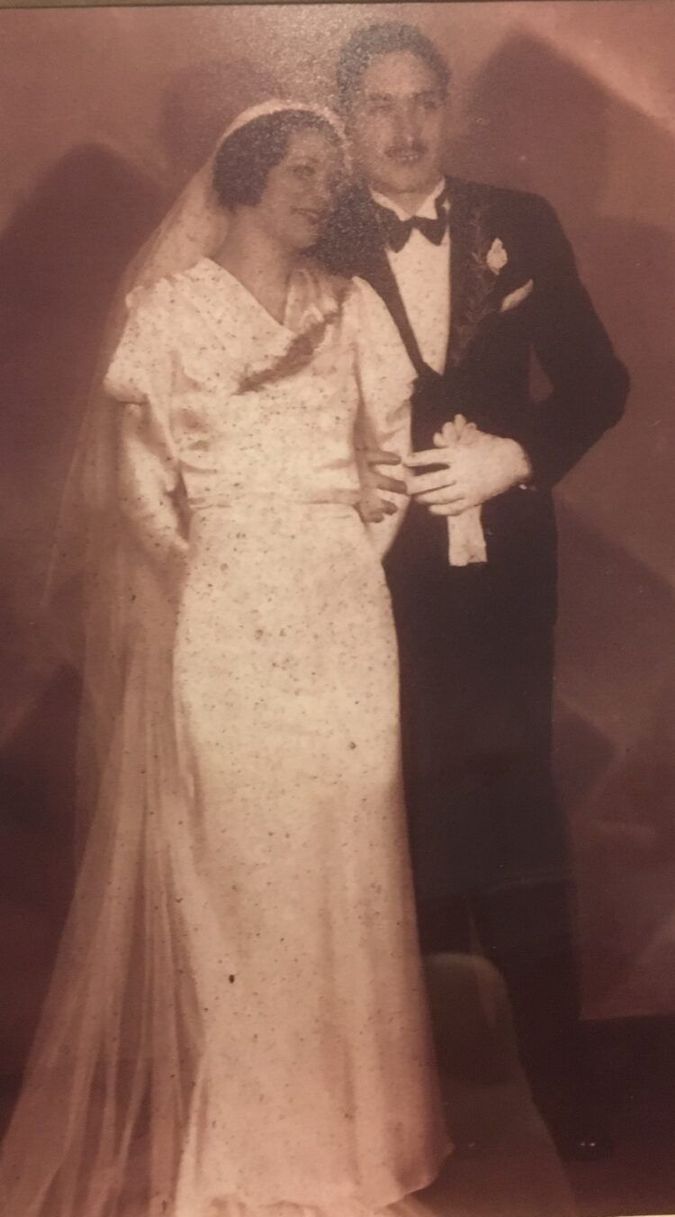 The author’s grandparents, Regina and Alexander Brill, on their wedding day. Courtesy of Julie Brill

My grandfather considered himself a Serb first, and then a Jew. But my grandparents both understood assimilation was no protection. In the months before the Nazis invaded, they paid a large sum for false papers to allow my grandfather the chance to hide his Jewish identity and escape.

The papers never arrived, and then it was too late.

On April 6, 1941, the Nazis launched an early morning surprise bombing. War had not been declared, so residents of Belgrade had no reason to suspect imminent danger, until they were awakened early by the sound of Nazi Stuka’s divebombing the city. Through my father’s memories, I see him as a little boy, holding tight to his mother’s hand, running through the streets to the closest bomb shelter.

The Germans deliberately targeted my family’s Jewish neighborhood. My father’s grandfather Heinrich, his namesake, lived in Dorcol and was killed in a direct hit to his building. My father, who wasn’t yet three years old, remembers sitting in the bomb shelter with other frightened, silent civilians.

The following week, Nazis registered Belgrade’s Jewish men and forced them to do hard labor, mainly repairing damage from the bombing. I have a street pass from the U.S. Holocaust Memorial Museum, typed in Serbian, with my grandfather’s name, Alexander Brill, and the names of his Jewish neighbors. They comprised a sewer repair crew. My grandfather dug ditches to restore the city’s destroyed sewer system. It is one thing to know that Nazis enslaved and murdered your grandfather; it is quite another to see the mundane details of his suffering neatly typewritten.

Initially, like all Belgrade’s Jewish slave laborers, my grandfather came home to sleep each night. The night he didn’t return, my grandmother, pregnant with my aunt, screamed and wailed. Later, she discovered the men were being held at Topovske Šupe, a new concentration camp situated on a former army barracks in Belgrade. Prisoners were utterly dependent on their families for food, and my grandmother regularly visited to bring my grandfather supplies.

One day in the fall of 1941, she found the gate to Topovske Šupe open and the camp empty. She clung to the hope her husband and other prisoners had been moved to work elsewhere, but never got word of what had happened.

By 1942, Belgrade would be one of the first cities declared by the Nazis to be “judenfrei,” free of Jews.

Six years later, in 1948, when my grandmother immigrated with my father and aunt to Israel, a part of her still hoped my grandfather would meet them there. She never remarried. I never got the chance to meet her, as she died at the age of 50.

When my father and I visited Topovske Šupe in May 2017, we could see its entirety from the street. Without getting out of the car, we saw a few long, low, crumbling buildings and a small, overgrown yard. Our guide told us Belgrade’s small Jewish community had raised the funds for a commemorative marker. When we visited this historic site it was unmarked, as someone had stolen the commemorative sign. The sign is now back up, a testament to the perseverance of Belgrade’s small remaining Jewish community.

A German document reveals my grandfather’s death date: Nov. 13, 1941. Like most of Belgrade’s Jewish men, he was likely shot by firing squad and buried where he fell in a mass grave in the city. Nazi soldiers killed Jewish men, Roma and other Serbian civilians in official retaliatory shootings dubbed “measures of atonement,” as retribution for Nazis shot by Serbian partisans. One hundred civilians were shot for every Nazi killed, and 50 were executed for each Nazi wounded.

Our guide took us to that execution site. It’s a grassy knoll now, more suitable for a picnic and throwing a Frisbee than for memorializing the dead. Its peaceful presentation belies the bloodshed that happened 80 years ago, as if what happened could somehow be erased. There is closure in knowing the truth, even two generations late. On this grim anniversary, my family can mark my grandfather’s yahrzeit, an honor we only recently have been able to take part in. On the 80th anniversary of my grandfather’s murder, we have finally the sad answers my grandmother was forced to live without.

Julie Brill (she/her) is at work on a memoir that seeks to tell the story of her Serbian family, in the context of the largely untold history of the Holocaust in Serbia. She shares her family’s experiences in the Shoah with students through 3GNY’s WEDU program. Julie is a lactation consultant, childbirth educator, doula, and author of the anthology “Round the Circle: Doulas Share their Experiences.” Follow her on Twitter @JulieBrill8.

My Serbian grandfather was killed during the Holocaust. How he died remained a secret — until now