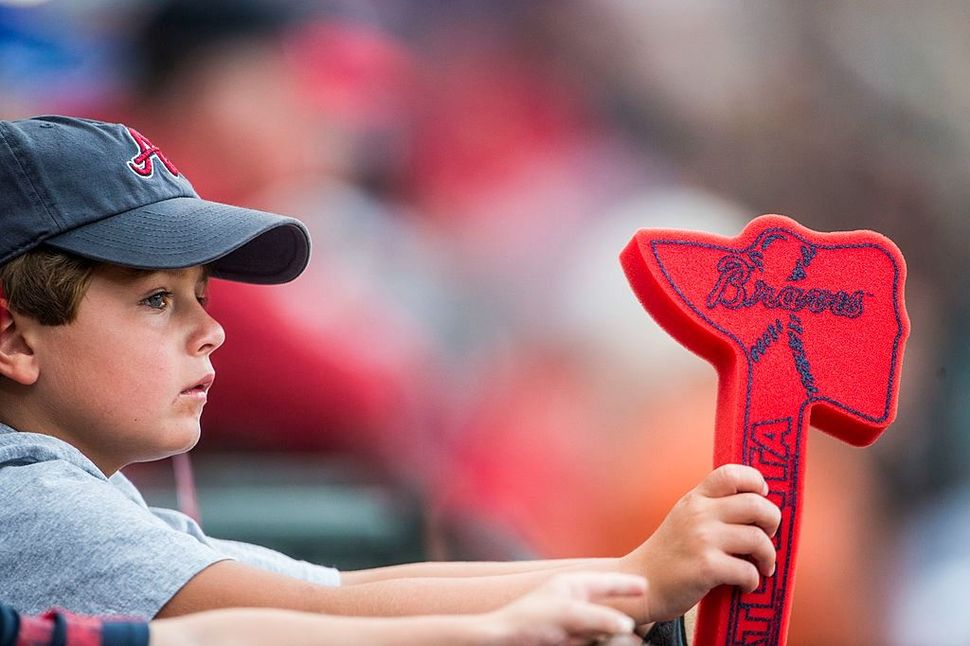 Atlanta Braves fans do the ‘tomahawk chop’ against the Colorado Rockies’ at Turner Field on July 29, 2013 in Atlanta, GA. By Pouya Dianat/Atlanta Braves/Getty Images 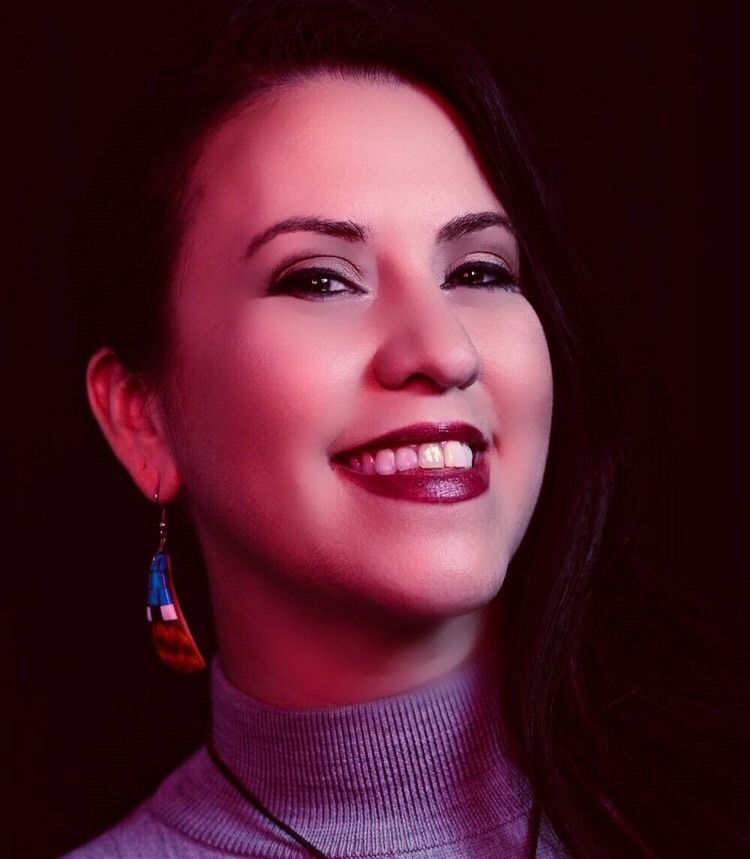 At Shabbat dinner Frank LaMere, a HoChunk Nation Elder and lifelong Native American Rights Activist, implored those gathered to “do something about those Braves.” I hosted this particular Shabbat dinner in Atlanta in 2016 at the National Center for Civil and Human Rights. The event featured Native and Jewish leaders as well as elected officials.

As we left, LaMere emphasized to me that he wanted to see the team’s mascot eliminated and the chop and chant condemned as racist depictions, and replaced with healthier representations of Natives in the media.   Among everything that was discussed at the dinner, Native Leaders’ concerns about the Atlanta Braves and affiliated fan behavior stood out to me the most. But at the time, the conversation was dismissed, as it had been for years.

The World Series continues tonight with Game 6 in Houston, and I was dismayed to see the tepid response from the Atlanta Jewish community on discontinuing the “tomahawk chop.” Given the dehumanization the Jewish people have experienced over millennia, it is frankly distressing that the explicit wishes of Native people are continually ignored.

As a Native and Jewish woman, I am passionately protective of the rights and lives of my own family as well as my relatives in both communities. It is difficult to see attempts at solidarity on this issue fail over and over again. I know how much both Peoples have in common, and the incredible relationships and understanding that can be built. As a proud and practicing Jewish woman, the lack of empathy on this issue from Atlanta’s Jewish leaders is stark.

Tribal leaders and Sovereign Tribal Governments have condemned the Braves time and again, pointing out the damage this representation causes all Native Peoples. According to data published in 2020, most Native Americans polled also find the representations, actions and imagery associated with the team to be racist, dehumanizing and offensive.

The Braves baseball franchise’s name originated in Boston, then moved to Milwaukee, and finally to Georgia, where ironically there are no Federally Recognized tribes. The Tribes whose traditional territories constitute what is now the State of Georgia were horrifically and painfully displaced by the intense violence of the Trail of Tears and other injustices that led to the deaths of thousands. In populations with oral histories, this also represents the irreplaceable losses of culture, history and traditional forms of leadership that are critical to the continuation of a people.

The scale of human loss for Tribal Nations is rarely addressed. Tribal populations have yet to reach levels they were prior to this violence, and both under-resourcing and continuous displacement affects Tribes to this day.

The story of the Braves today might not sound connected, but it is.

Portrayals of Natives and Tribal Nations affect how Americans approach policy, honor treaty responsibilities and disperse federal resources — including those that affect both individual and population health. Native Americans experience significantly higher rates of depression, substance abuse, suicide and suicidal behaviors than other populations do. The suicide rate for Native Americans has climbed by a distressing 139% for women and 71% for men since 1990, according to an early 2020 report from the Centers for Disease Control and Prevention.

Our Health outcomes are a reflection of harmful federal policies, including chronic underfunding of the Indian Health Services, that have left 1 in 3 Natives living in dire poverty. But extensive studies also show the negative psychological impacts of mascotization on Native Youth, and this portrayal contributes to how Americans see themselves.

These representations also affect how other Americans see us. When Natives are portrayed as warlike, others forget that we are an oppressed minority — and instead see us as a threat.

These stereotypes are twisted representations of what our most courageous protectors had to do to preserve our lives and cultures against invaders with agendas of extermination, land theft and cultural devastation. At best, this portrayal can be viewed as an assertion of dominance while at worse it is dogwhistling a celebration of genocide.

This dehumanization is something that Jews, who see antisemitic representations of ourselves time and again used to justify the murder of our people, should be especially concerned by. Such dehumanization is an existential threat to American society.

We cannot tolerate visible misrepresentation that leads to discrimination if we reject this for ourselves, and we cannot expect our Native sisters and brothers, let alone those who are also Jewish, to shoulder the burdens of resolving this alone.

Rather than destroying a team’s traditions, Jews — who know all too well the dangers of stereotypes — can take part in transforming a destructive pop culture phenomenon into one that is healthy and positive. That investment in both domestic peace and the health of Tribal Nations can allow those communities to evolve into their own visions of what it means for them to be contextualized in modern global society.

It is understandable that rabbis and other prominent Jewish leaders could be reluctant to take a firm position on something that seems so trivial as the name of a sports team, cartoonish imagery, foam toys and a nonsense crowd chant. However, this is not trivial — it is dangerous, and has direct consequences on Native lives.

The statements from Native Leadership and Tribal Nations are not similar to corporate or political PR statements, but come from following cultural protocols of community consensus. They are resolutions which represent the views of the community and are issued by Tribal Councils as formal statements from sovereign governments, official acts of diplomacy and entreaties for support.

If spiritual and lay leaders within Atlanta’s Jewish community cannot also come together to collectively condemn racism, what does this communicate about Jewish values? How can we demand the recognition of genocide, traumas and oppression from others and not extend that reciprocal acknowledgement when it’s socially inconvenient? How many generations will it take before the Jewish community will see Natives as the experts on their own lived experiences?

And while the Jewish community cannot be expected to be wholly or ultimately responsible for helping Tribes resolve the complex litany of challenges they face both internally and externally, we can stand together to eliminate one challenge that is easily resolved.

Mahrinah Shije is an Entrepreneur and Global Development Professional. As a Partner with Zia Impact, Mahrinah provides consulting and strategic planning services with a focus on Tribal Infrastructure and Economic Development. She also serves as the CEO and Board Chair of the NGO Pueblo Development Commission and is an appointed member of the Legislative Committee for the 20 Pueblo Indian Nations of New Mexico and Texas. Additionally, Mahrinah is an Associate Fellow at the Tel Aviv Institute and an Israel Policy Forum 2021 Charles Bronfman Convener. She is Tewa and Sephardic and an impassioned advocate for Indigenous rights, leadership and visibility.