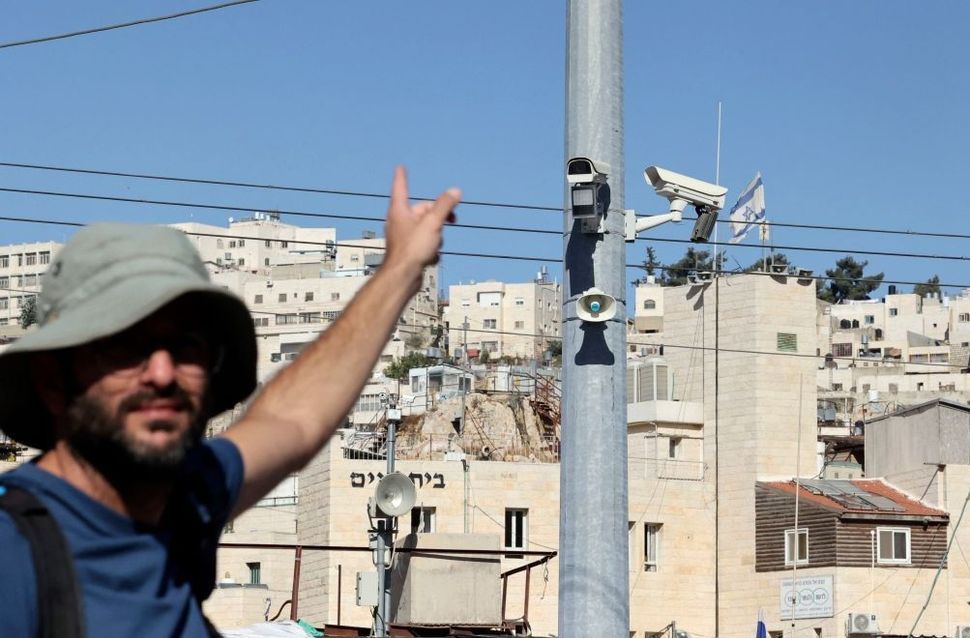 The underlying tactic behind these missions has always been to “demonstrate our presence,” a prevalent part of many of the IDF’s missions and practices in the West Bank. Its goal is to constantly remind the Palestinians that the military is anywhere and everywhere, a tactic also referred to as creating “a feeling of being chased.” Whether in mapping missions, village center patrols or random checkpoints, the goal of “demonstrating presence” over Palestinians is a backbone of Israeli policy. The practices and tools might change and evolve throughout the years, but the intention behind them remains the same.

At least some of these new tools were revealed this month by The Washington Post: Israel keeps an invasive database on Palestinians called Wolf Pack. Some of the soldiers who worked with the database described it as “Facebook for Palestinians.” Soldiers were sent to compete in photographing Palestinians in order to put as many Palestinian faces into the system, using a specialized smartphone app called “Blue Wolf.” In Hebron, the military uses a complex monitoring and surveillance system called “Hebron Smart City,” which uses cameras and sensors to watch Palestinians every second of every day, sometimes inside their own homes.

Almost every combat soldier who served in the occupied territories has been involved in a “mapping mission.” I did it myself during my military service. And still, Israelis did not want to believe it was happening, and if it was, there must have been no other choice.

In June, Maj. Gen. Tamir Yadai, the commander of the IDF’s Central Command announced that this nefarious “mapping” practice (the one we were surely lying about), was now being canceled. The night raids into the homes of innocent Palestinians, the trauma inflicted upon frightened children’s psyches are no longer deemed necessary. The decision was made following “developments and improvements in the military’s information-gathering abilities,” he said. There is no need for the disturbing images of soldiers photographing crying children in their homes in the dead of night. That method has become obsolete, as we have upgraded to our own version of 1984-style surveillance.

In some ways, this use of high-tech means is the natural, almost obvious, progression of a sustained process of rebranding the occupation. The shadow government that runs Palestinians’ lives, and for which they cannot vote, is referred to as the Civil Administration, as if it wasn’t run by soldiers and as if the Palestinians are citizens rather than subjects without basic rights. Its branches are “Liaison and Coordination Offices,” invoking the image of a civic service provider rather than a military apparatus that decides who among the Palestinians gets to have a movement permit and whose house is to be demolished. The checkpoints have become “crossings,” and soldiers haven’t served in many of the larger ones for years. They have been replaced by Crossings Authority personnel —a privatization move that has allowed the Israeli government to wash its hands of responsibility for one of the occupation’s most notorious points of friction, occurring on a daily basis.

The occupation of the Palestinian territories is perhaps the longest, most expensive and most significant foreign relations project in Israel’s history. Those who shepherd it have always been painfully aware of the need to defend the occupation’s reputation from potential criticism from the international community and Israel’s own citizens. “Mapping” is not something that goes down quietly. Ask your friends who have done combat military service — it’s hard to forget the faces of terrified children, and images of masked soldiers inside a Palestinian living room are never going to look good. But a good photo of a biometric database, on the other hand, is really hard to find, and even harder to fight against.

Underneath these technological advancements and cosmetic veneers, the occupation has not changed all that much. Israel has certainly learned how to dress it up in pretty words. We’ve learned that occupation inevitably produces friction, so we have found ways to shift the friction over to the Palestinian side by actively engaging them in their homes and streets, making it nearly invisible to the Israeli public. Israelis have become experts at avoiding images that might haunt us later.

The Palestinians do not have the same luxury of avoidance. The occupation is an ever present part of their lives. They continue to live with the child arrests and protest the deaths we try our best to look away from. They experience the military’s show of force in the middle of their villages and the random roadblocks every single day. Now they are the subjects of a mass surveillance project that effectively ignores their basic human rights.

Palestinians aren’t the only ones who see the occupation for what it is. The Washington Post article clearly exposed what’s wrong with a system that Israel created in the occupied territories that watches, photographs and catalogs. It doesn’t take more than a glance to recognize a prison.

Amir Ziv served as a combat soldier in the Nahal Brigade’s 50th Battalion. He is now the pedagogy coordinator for Breaking the Silence.