We can’t fail the Uyghurs as the world failed us 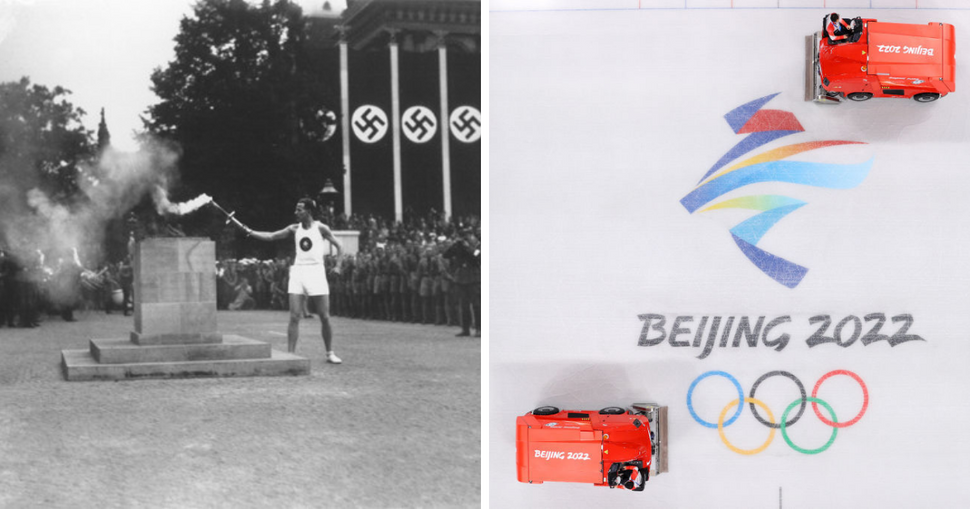 As the Olympics begin, what is at stake is not medals, but the world’s commitment to Never Again.

It is hard to fathom that 77 years after the end of the Holocaust, a potentially genocidal state is hosting the Olympic Games. As the athletes parade into the Beijing stadium for the opening ceremonies, the Chinese government holds Uyghurs in detention centers and prisons thousands of miles away in Xinjiang. Why? Simply because of their identity as Uyghur Muslims.

We know all too well what happens when the world fails to act in response to both warning signs and ongoing crimes. One of us, a child during the Holocaust, was one of only two dozen survivors out of several thousands Jews in her hometown in Poland. The other, the grandchild of survivors, directs the US Holocaust Memorial Museum’s Simon-Skjodt Center for the Prevention of Genocide, which strives to do for victims of genocide today was not done for the Jews of Europe.

That is what makes today so painful. China’s 12 million Uyghurs face the threat of modern-day genocide. After decades of trying to forcibly assimilate the Uyghurs into the majority Han population, Chinese policies have taken an even more sinister turn.

Virtually every moment in a Uyghur’s life is tracked through the use of both advanced surveillance technology and human intelligence gathering by the Chinese government. Simple acts like having a religious wedding or going to a mosque can lead to detention. Many Uyghur families simply do not know where their loved ones are. The pain of not knowing where a loved one is, and whether they are alive or dead, is a searing experience that many Holocaust survivors know all too well.

When most people think of genocide, they think of places like Auschwitz-Birkenau where a million Jews were systematically killed and thousands of Poles and Roma were murdered. The Chinese government is using subtler tactics to intentionally destroy the Uyghur people through restricting the ability of the Uyghur people to reproduce.

Though China has for decades forcibly sterilized and implanted IUDs in women, in recent years, they have disproportionately targeted Uyghurs. This has occurred alongside policies to separate the sexes through mass detention and forcible transfer, separating children from their families and creating an environment where the Uyghurs are dehumanized and crimes perpetrated against them are normalized within society.

The Chinese government does not want you to know the true nature of their crimes. They are seeking to use the Olympics as an opportunity to present a picture of a diverse, unified and peaceful country.

We have seen this before. When Berlin hosted the 1936 Olympics, the Nazi regime had already begun its systematic persecution of Jews, although genocide would only begin five years later. The Nuremberg Race Laws, which defined Jews as a separate race distinct and apart from Germans and established that Jews were less than full citizens of Germany, were passed one year earlier, isolating Jews and setting the stage for the horrors to come.

International news reports decried the ongoing assault on Jews, and many proposed boycotts, but The Games went ahead and were a propaganda success for the Nazis. The New York Times subsequently said The Games put Germany “back in the fold of nations.”

The warning signs, though evident, went unheeded and the situation for Jews got progressively worse, with the mass killing of Jews starting in 1941. Today, we cannot make a similar mistake.

Not only are warning signs glaring — the crimes are already being committed. The Museum has documented China’s extensive crimes against humanity and the risks of genocide inside the country.

In the aftermath of the Holocaust, the world said “Never Again.” That cri de coeur was intended to be a lasting commitment, no matter how challenging it is to accomplish — including when a superpower like China is the perpetrator.

After 1945, we would have expected that a potentially genocidal state would not be allowed to host the Olympics. But they are. China cannot be allowed to use The Games to obscure the serious crimes they are committing.

We must use the next two weeks to put a spotlight on the Uyghurs and on China’s broader human rights violations. Media outlets should make this a central feature of their Olympics coverage.

But it cannot end there. Action happened too late to save our families. We can and must do better for the Uyghurs. It is not too late to save those Uyghurs who are detained today from further harm, or to help ensure that future generations of Uyghurs are born.

Within the Jewish community, we often speak of the lost potential, those who perished or were never born and what they might have achieved. In a stark sense, how many Uyghurs will never be born, and what will be lost because of it?

Governments must use all tools available to pressure the Chinese government into halting its crimes — diplomatic boycotts of The Games are not enough. Corporate actors must cease activity that enables or makes them complicit in the crimes, and each of us, through our daily lives can make decisions that can help.

Some Olympic athletes intend to boycott the opening ceremonies; and we can decide not to buy products made from Uyghur forced labor. In writing this we recall that many Jews, including some of our loved ones, were subjected to brutal forced labor by the Nazis. Many people ask themselves, “What would I have done if I had been alive then?”

This is our Never Again moment — and it will continue long after the Olympic Games end.

We can’t fail the Uyghurs as the world failed us