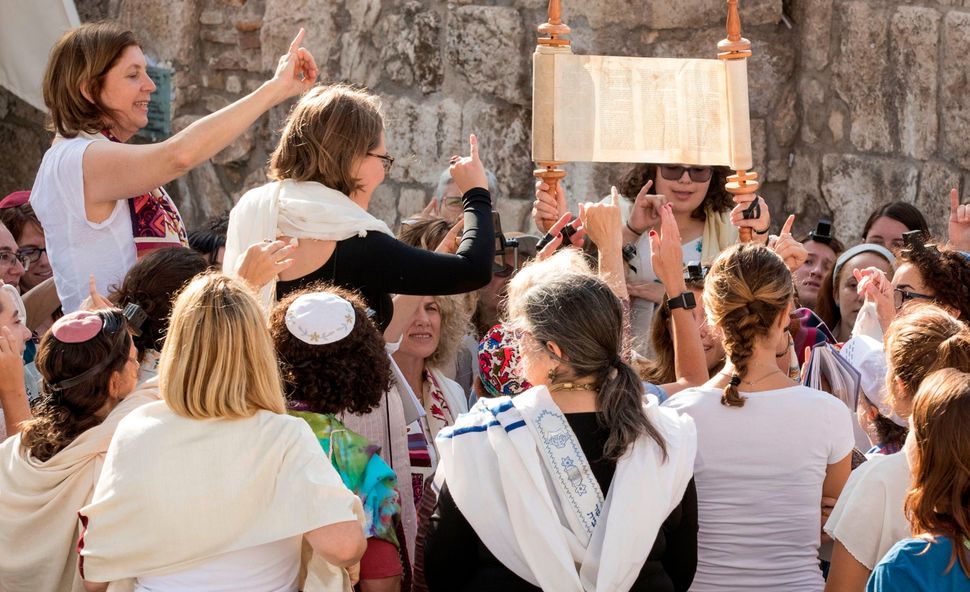 A useful rule of thumb when reading op-ed articles suggests that if the title could also serve as the title of an op-ed piece presenting a diametrically opposite point of view, then the article is interesting and worth reading. Just as importantly, though, such titles should also make us approach the article with a healthy dose of suspicion and criticism.

A recent article by Dr. Einat Wilf and Dr Ram Vromen in these pages provided a classic illustration of this rule. The first part of their title – “Stop trying to bring liberal Judaism to Israel” – could easily be adopted by the most skillful advocates of the ultra-Orthodox monopoly in Israel, and by the politicians who are leading the attacks against Reform and Conservative Judaism.

This is no coincidence, although the above-mentioned critics would not, of course, be inclined to adopt the second part of the title, “We already have too much religion.”

The defenders of the Orthodox monopoly and the authors of the article all seek to perpetuate the traditional dichotomy in Israel between secularism and Orthodoxy, and to promote a binary and simplistic perception of Israeli society.

Wilf and Forman accurately describe the way that David Ben-Gurion handed over responsibility for areas such as marriage and divorce to the Orthodox rabbinical establishment, precisely because of his conviction that religion would play a marginal role in Israeli society.

However, the authors reach completely wrong conclusions regarding the lessons we should learn from the failure of these predictions.

Over recent decades, Israel has been undergoing profound and important processes. On the one hand, the country has experienced a significant process of secularization. Anyone who walks around the streets of Israeli cities on Shabbat — even in Jerusalem — can see this readily.

On the other hand, there can be no doubt that the influence of religion on the public domain in Israel has not lessened; indeed, it has increased.

This is due in part to the demographic growth of the Haredi population in Israel and to its increasing integration into Israeli society as a whole.

But no less importantly, this change reflects processes in the fields of identity and culture and the emergence of new political and ideological elites.

It seems only natural to draw the conclusion that a very significant section of the Israeli-Jewish public is interested in granting Jewish tradition a meaningful role in public discourse in the country and in shaping the character of Israeli society.

Given this reality, the idea that we can simply abandon the effort to create meaningful and influential options for liberal Israeli-Jewish identity — religious and non-religious — is naïve and dangerous.

The struggle for freedom of religion and freedom from religion in Israel is crucial for Israel’s future. However, if these struggles are not accompanied by a parallel effort to develop a liberal-Jewish narrative in Israel, including communal, educational, public (and yes — political) infrastructures offering a Judaism that does not contradict liberal values, then very large sections of the Israeli public will continue to be drawn by the religious narrative offered by the Orthodox monopoly and ultra-conservative forces in Israeli society.

Vroman and Wilf’s failure to draw the obvious conclusions from the process they describe is not the only flaw in their article. Their passionate desire to defend their binary worldview leads them to ignore important parts of the puzzle of contemporary Israel in a way that is both simplistic and unconvincing.

An example of this is their total disregard for the “traditional” public in Israel, mainly of Sephardi and Mizrahi origin. They also ignore the Russian speaking community, which on the one hand has adopted a clearly secular lifestyle and opposes the Orthodox monopoly over marriage and conversion, while on the other hand tends for the most part to adopt conservative positions on political and national issues.

An even more serious omission concerns the authors’ attitudes toward the non-Orthodox Jewish streams in Israel, which form the focus of the article. Over the past twenty years, a series of studies and surveys have been published in Israel highlighting a dramatic change in the place of Reform and Conservative Judaism in Israeli society. As with any social or cultural process, the change is gradual. But the trend is clear.

A study by the Israel Democracy Institute published in 2013 found that eight percent of Israelis identify with the Reform and Conservative movements. Surveys published over the past year by various bodies suggest that the proportion of Israeli Jews who identify with these two streams is now around 10-12%. A broad-based study commissioned by the Israel Reform Movement last October and implemented by one of the country’s leading research institutes found that 56% of secular Jews and 38% of traditional Jews have taken part in recent years in a wedding or Bar/Bat Mitzva led by an Israeli Reform or Conservative rabbi. The same survey found that a clear and strong majority of the secular public believe that Reform Judaism makes a significantly positive contribution to Israeli society.

Over the past decade, the Reform and Conservative movements in Israel have doubled the number of their congregations. In November 2017, the one-hundredth Reform rabbi (a woman, as it happens) was ordained in a ceremony at the Israel campus of the Hebrew Union College- Jewish Institute of Religion. This figure will double over the coming decade.

Regurgitating the same old clichés about a handful of immigrants from North America or about how the synagogue secular Israelis don’t go to is an Orthodox one is appropriate behavior for ultra-Orthodox government ministers, chief rabbis, and people who write comments on internet forums. It is not a reasonable approach for those interested in promoting an open, pluralistic, and liberal society in Israel.

The distortion is even more glaring when it comes to the pioneering and crucial role of the Reform and Conservative movements in Israel in the context of the public, political, and legal struggle to promote freedom of religion and conscience in Israel and to eliminate the Orthodox and Haredi monopoly. In this case, regrettably, the article’s problem is one of manipulation rather than error. The authors seek to create a strong contrast between the struggle for prayer rights by Women of the Wall and the struggles around introducing civil marriage; providing public transportation on Shabbat; advancing the rights of the LGBTQ community; preventing the exclusion of women in the IDF, on buses, and in the public domain; and ending religious proselytizing in non-Orthodox state schools.

Anyone who is familiar with the history of all these causes knows that the Israel Reform Movement has been the leader in this field for years, in many cases together with our partners in the Israel Conservative Movement.

The attempt to depict the actions of the Reform and Conservative movements in Israel as an effort to gain a few crumbs of recognition from the Chief Rabbinate is no less than absurd. The same is true of the claim that the struggle of Women of the Wall seeks to present Israelis with a “kinder, gentler” type of Judaism.

As the authors themselves state, they have never come along to see the monthly prayer service in the Western Wall Plaza. Maybe this explains why they find it so hard to understand the connection between Women of the Wall’s struggle for prayer rights, the struggle against the exclusion of women in the IDF, and the fight to prevent gender segregation on buses, all of which have been led, first and foremost, by the Israel Reform Movement.

The argument here is not about credit. This is a principled argument about the way forward. In the spirit of the verse “turn from evil and do good” (Psalm 34), the Reform and Conservative movements in Israel, together with our many partners in the field of Jewish renewal and pluralism, believe that we must struggle against the Orthodox monopoly, religious legislation, the transfer of enormous budgets to religious institutions, and, above all, the granting of statutory powers to religious establishments of any kind.

Yet at the same time, we also believe in the need to offer the Israeli-Jewish public options for a meaningful and intensive connection with Judaism.

Public opinion studies and surveys examining the attitudes of the secular public show that this position is shared by a majority of secular Israeli Jews. An important example, and one that again contradicts Wilf and Vroman’s article, concerns programs in non-Orthodox public schools in Israel. A recent survey by Hiddush (an Israeli NGO working to advance equality and freedom of religion) confirms that a clear majority of secular Israeli Jews (69%) believe that an attempt is being made to inject Orthodox content into schools and that this must be firmly opposed. At the same time, an even larger majority (87%) are interested in schools providing their children with Jewish studies in a pluralistic and liberal spirit. The vast majority of Israelis who believe in liberal values see no contradiction between the two positions.

Seventy years of Israeli sovereignty and 120 years of Zionism show that combining these two missions is the only way to ensure Israel’s democratic character and the pluralistic nature of Israeli Judaism. Those who demand that we focus on only one of these two struggles will ultimately hand over a precious gift to the Orthodox monopoly and those who support it.

Rabbi Gilad Kariv is the President and CEO of the Israel Movement for Progressive Judaism, Israel’s Reform Movement.