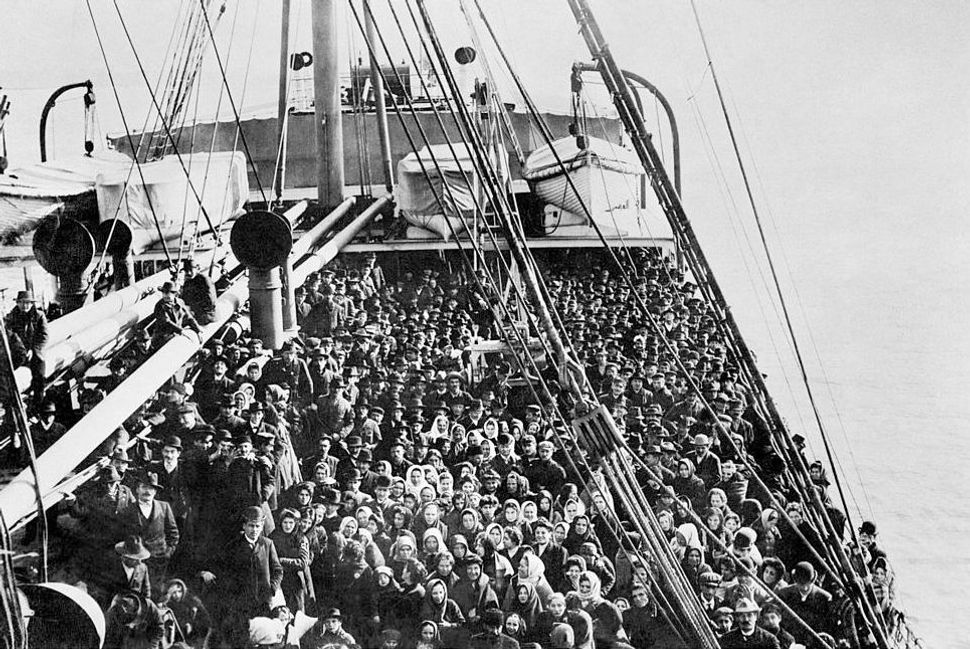 In Jane Eisner’s piece “We Failed To Save Refugees From The Holocaust. We’re Failing Again Today,” she writes: “President Franklin Delano Roosevelt was repeatedly presented with the opportunity to take in Jewish refugees but, more often than not, acceded to political expediency and public pressure by doing nothing.”

Actually, FDR did worse than nothing. The policy of his administration was to pile on extra requirements and bureaucratic obstacles in order to disqualify Jewish refugees who were seeking admission to the United States.

Roosevelt’s policies succeeded in suppressing immigration far below what the law allowed. A maximum of 25,957 German citizens were permitted, according to the existing quota system, to immigrate to the U.S. each year (the number increased slightly after the German annexation of Austria in 1938). Yet during Hitler’s first year in power, 1933, barely five percent of the German quota was filled. The following year, less than 14 percent of those spaces were filled.

During President Roosevelt’s twelve years in office, the German quota was filled in only one year; and in most of those years, it was less than 25 percent filled. Nearly 190,000 quota places from Germany and Axis-controlled countries sat unused—190,000 lives that could have been saved. In other words, if FDR had just done “nothing”—if he had simply allowed the existing quotas to be filled—nearly 200,000 more Jews could have been granted haven from the Nazis.

Yes, there was strong public and Congressional opposition to liberalizing the immigration system. But the point is that Roosevelt didn’t have to liberalize the system in order to save lives. He didn’t have to confront Congress or ignite any substantial public controversy. All he had to do was quietly instruct the State Department (which administered immigration) to permit immigrants to enter the United States up to the maximum number allowed by law.

Why did President Roosevelt go out of his way to suppress immigration below the permissible levels? No mystery there; FDR didn’t hide his views on immigration. During his campaign as the 1920 vice presidential nominee, and in newspaper articles that he wrote in the 1920s, Roosevelt argued that “for a good many years to come, European immigration should remain greatly restricted.” Regarding the few immigrants who would be admitted, FDR wrote that he preferred those who possessed “European blood of the right sort.” As president, he was able to start putting those ideas into practice.

Rafael Medoff, PhD, is the Director of the David S. Wyman Institute for Holocaust Studies in Washington D.C.