Letter | No, Israel does not need to vaccinate Palestinians 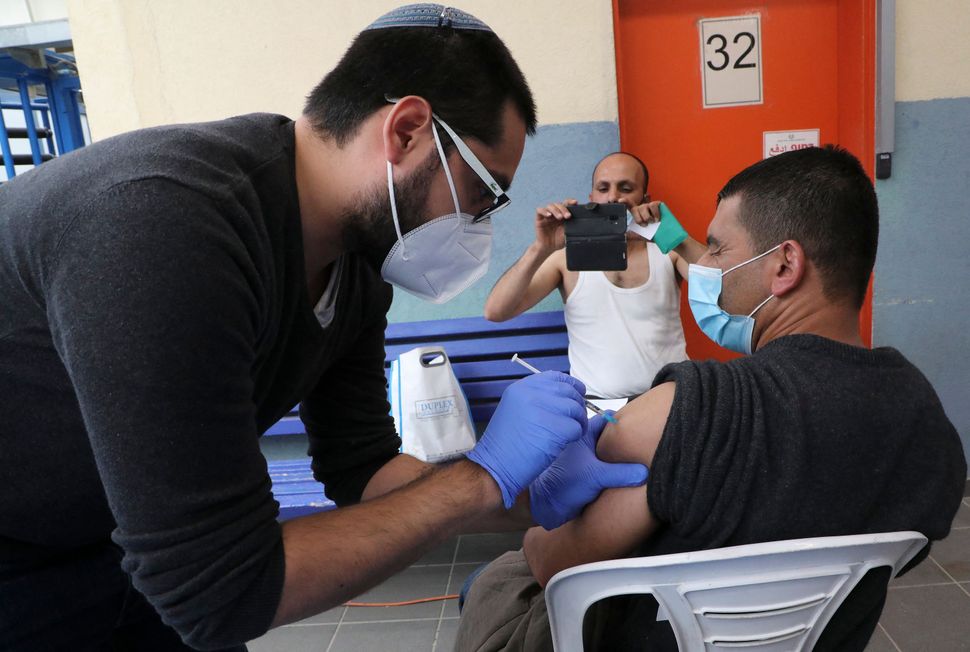 I strongly disagree with Sari Bashi’s op-ed in these pages describing of Israel’s vaccination program. Inoculations are being given to all citizens and residents of Israel, whether they are Jews or non-Jews.

This includes Arabs living in eastern Jerusalem, many of whom are not Israeli citizens. It also includes Israelis who are living in Judea and Samaria, who did not lose their Israeli citizenship because they have opted to live on land of religious and historic importance to Jews, land that is of strategic importance to Israel, land that was liberated from illegal Jordanian occupation only after Jordan allied with Egypt and Syria in a war instigated with the open intention of destroying Israel and annihilating its people.

And, by the way, the Israelis are living in Area C, designated by the Oslo Accords for full Israeli control.

All Palestinians in Gaza and 95% of the Palestinians in Judea and Samaria (aka “The West Bank”) live under the administration of Hamas and the Palestinian Authority, respectively. They should be living in the State of Palestine, but their leaders prioritized efforts to destroy the nation-state of the Jews over efforts to lay the groundwork for a viable state.

And claiming that Palestinian leaders don’t have enough money to buy vaccines for their people is akin to the standard definition of chutzpah (the children who murdered their parents asking the court for mercy because they are orphans). The PA spends millions of dollars each year to support Palestinians serving sentences in Israeli prisons for attacking and murdering Israelis and to support the families of “martyrs,” Palestinians who died attempting to kill Israelis.

To add insult to injury, the Palestinians have, at least twice, refused to accept help in fighting COVID. They would not accept medical supplies donated by the United Arab Emirates because the shipment was routed through Israel and they allegedly rebuffed Israel’s offer to set up an Arab-staffed vaccination center on the Temple Mount, fearing that the center give Israel a foothold on the holy site.

Letter | No, Israel does not need to vaccinate Palestinians