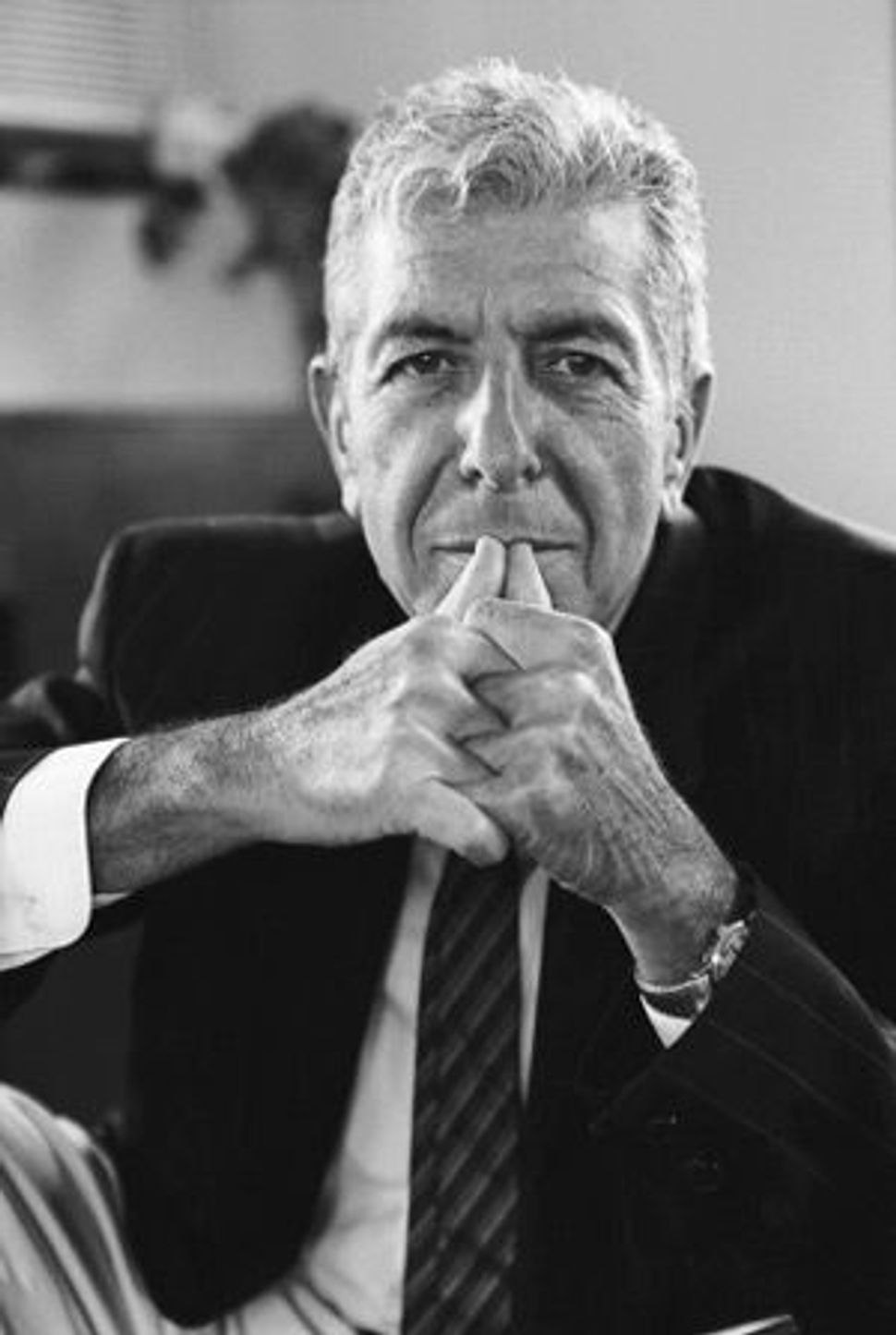 In a recent review of “Leonard Cohen: Live at the Isle of Wight” for The Atlantic, former New York mayor and Forward advice columnist Ed Koch recalls going to see Cohen, whom he had never heard of before, play a sold-out show at Madison Square Garden:

“I did not particularly enjoy that concert and wondered if I would feel differently about Cohen and his talents if I didn’t have to pay such a hefty price to see him perform,” Koch writes.

The difference in concert and movie ticket price did not cause me to change my mind. I found Cohen to be far better in both voice and presentation in his Garden performance than he was in 1970, but I have concluded that he has a cult following, and I am not caught up in the spell.

As an admitted member of that cult I have to disagree with Koch’s grouchy review. But I do confess that Cohen’s stock wasn’t raised any this past weekend by Justin Timberlake’s “Hallelujah” cover for the “Hope for Haiti” telethon.

While it’s hard to find fault with anything that raises money for Haiti, did Timberlake really have to pick that song? It’s already been covered a few too many times, and Timberlake’s version didn’t do it any favors. If you must watch for yourself, you can see it here.

For a more inspiring performance, however, watch Leonard Cohen play ‘Sing Another Song Boys’ at the Isle of Wight: