‘Ajami’ Co-Director Says He Does Not Represent Israel 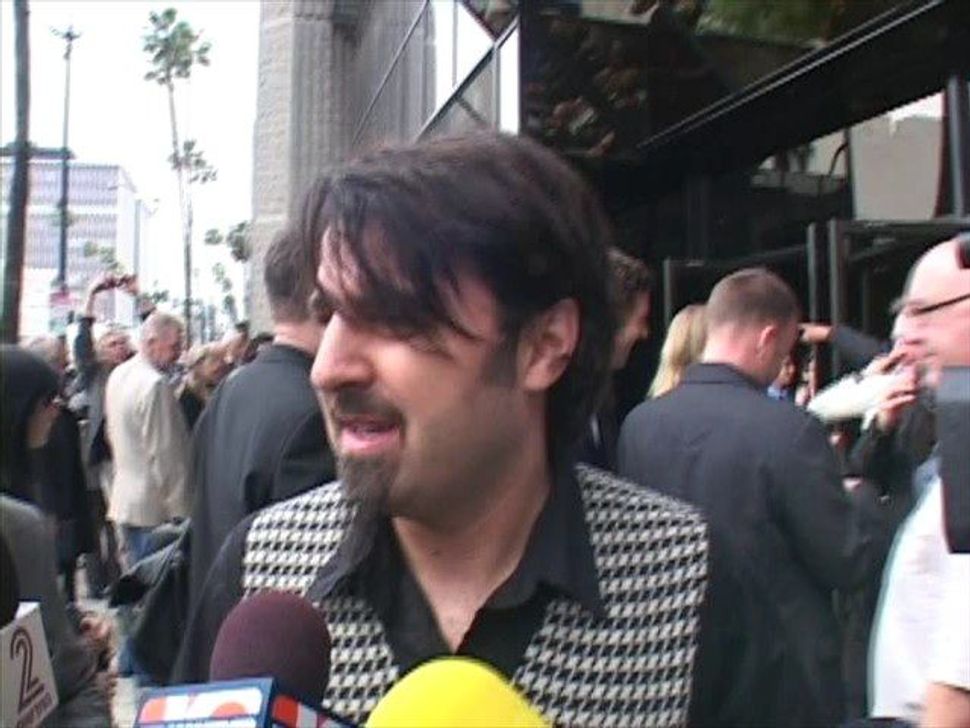 Scandar Copti, being interviewed outside the Samuel Goldwyn Theater in Beverly Hills, Calif.

Since everything in Israel ultimately boils down to politics, it was only a matter of time before “Ajami,” the Israeli movie nominated for an Oscar, would be thrust into the fray. And what a better time to do so than hours before the film’s creators walk down the red carpet, waiting for the envelope to be opened. 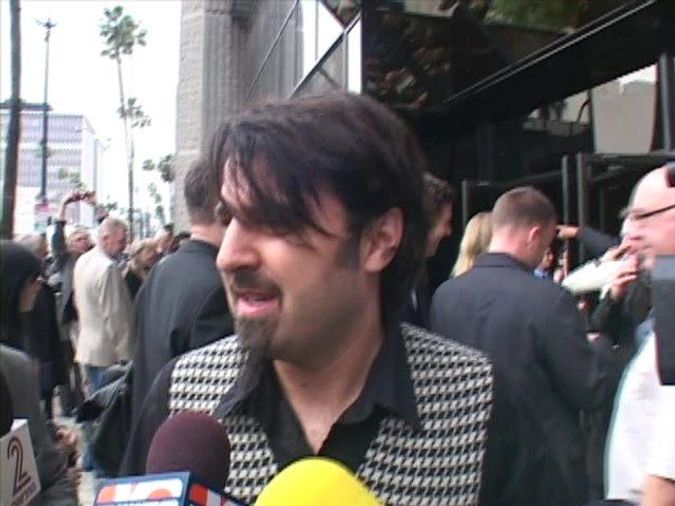 Scandar Copti, being interviewed outside the Samuel Goldwyn Theater in Beverly Hills, Calif.

It was the film’s co-director, Scandar Copti, who ignited the debate. Speaking to reporters after attending a symposium with other directors of movies nominated in the foreign-language film category, Copti made a point of distancing himself from the state of Israel.

“I’m not here representing Israel,” he said. “I’m an Israeli citizen, but I cannot represent a state that doesn’t represent me,” Copti, an Arab Israel from Jaffa said.

Serving as a backdrop to these statements was a heated demonstration in Jaffa taking place at the same time, in protest of what Arab residents of the city see as excessive police violence. Copti knows this problem all too well. His brother was recently involved in a fight with police officers and claimed he was subject to brutality. Jaffa’s residents’ tense relations with the Israeli police are one of the main themes in the film “Ajami,” about a neighborhood of Jaffa, with a mixed population and a high crime rate.

“No one gave a damn about Jaffa until the movie came out,” Copti said on March 6. “We see violence every day and no one talks about it. Maybe now the movie will increase people’s awareness.”

Standing next to Copti, outside the Samuel Goldwyn Theater where the symposium took place, was co-director Yaron Shani, a Jewish Israeli who had been working with Copti on the film for the past seven years.

Israeli films sent to the Academy for consideration are selected by the Israeli film fund and are not vetted by the government or any of its agencies.

But for many Israelis, “Ajami” is “the Israeli candidate,” and it represents an entire nation that craves international recognition for its growing film industry. That is why Copti’s remarks drew such harsh reactions back home. Right-wing politicians rushed to issue statements demanding that the film’s director be a more grateful to his country, and television pundits attacked Copti’s refusal to represent his country overseas.

“It is thanks to funds provided by the Israeli government that the making of ‘Ajami’ [was] possible,” said the minister of culture, Limor Livnat. “Without the government’s backing, Copti wouldn’t be walking on the red carpet tonight.”

And a cabinet minister, Daniel Herskowitz, called for an investigation to see how two million shekels in government funds were provided for the film. Herskowitz went so far as to say that if “Ajami” wins the award, Copti might go on stage wrapped in a Hamas flag.

Israel’s consul-general in Los Angeles Jacob Dayan, who will be hosting an Oscar viewing party tonight in honor of “Ajami,” said Copti should be careful not to “spit into the well he is drinking from.”

The flare up of political controversy, on the eve of Oscar night, overshadowed coverage of the Oscar-nominated Israeli film, and led to the cancellation of planned media interviews with members of the cast.

As for Copti and Shani, they still plan to go ahead with the ceremony as planned. And who will they thank if they’re called to the stage tonight? “My mother, my father, my friends in Jaffa,” said Copti, making clear that the government in Israel shouldn’t hold its breath waiting for recognition.

Read about the “Ajami” stars’ first trip to Hollywood here.

‘Ajami’ Co-Director Says He Does Not Represent Israel