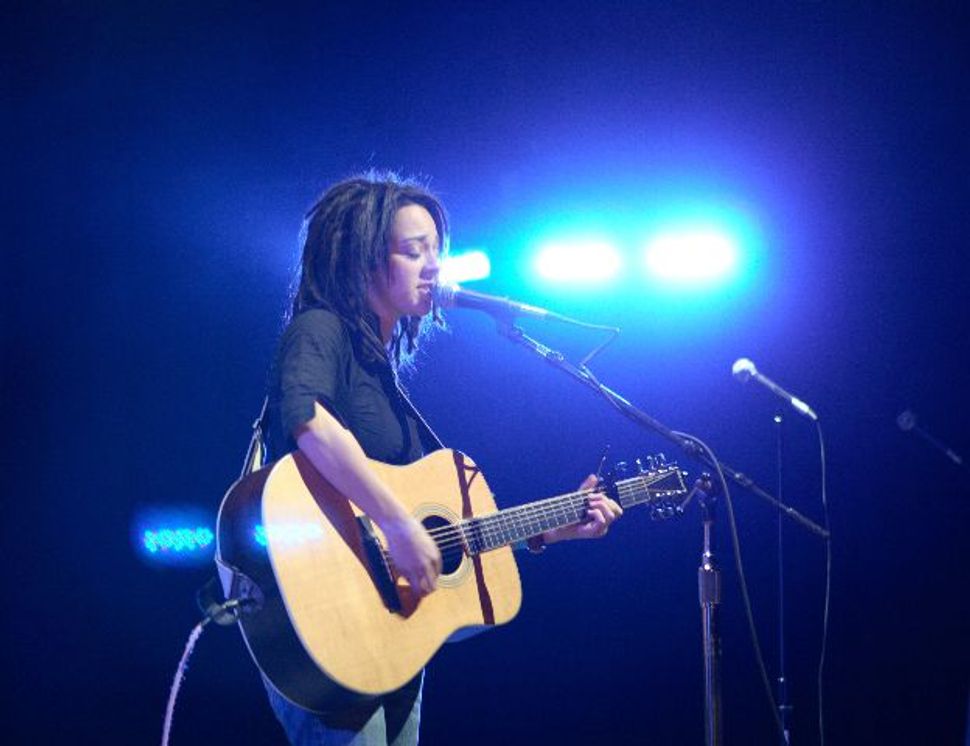 Singer-songwriter Michelle Citrin, perhaps best known for her YouTube hits “Rosh Hashanah Girl” and “20 Things to Do with Matzah,” has the Internet to thank for her latest gig: composer and lyricist for the Broadway-bound “Sleepless in Seattle: The Musical,” set to debut February 2011.

The show’s producer, David Shor, saw her YouTube postings and tracked down the diminutive, dreadlocked musician on her Facebook page, sending her an e-mail in September asking her to lend her musical chops to the production. She was asked to write a couple of songs as an audition.

After getting over the shock, Citrin contacted her good friend, fellow Jewish musician Josh Nelson, to co-write the audition lyrics. They sent Shor two songs, and “the next thing I know we’re flying to Santa Barbara to meet the team,” Citrin said.

The interview was a success, and Citrin and Nelson were asked to collaborate on the show’s music and lyrics.

Citrin is currently working with Hollywood veterans to bring “Sleepless in Seattle” to Broadway. Along with Shor, she’ll be collaborating on the lyrics with Michael Garin, a composer and lyricist who worked on the musical “Song of Singapore”; Jeff Arch, who wrote the original screenplay for the movie and is writing the dialog for the production; and Joel Zwick, who will direct the show.

These days, Michelle’s incredibly busy, pulling all nighters on the collaboration – “sometimes [we stay up working] until 4 a.m.,” she says – and simultaneously juggling the upcoming release of her first album, “Left Brained, Right Hearted.”

So has this former medical school student finally convinced her family that she made the right choice by dropping out to pursue her dream? “I don’t know,” she laughs, “They still send me the latest articles about upcoming professions in the medical world and say, ‘Oh, you’d be so good at this!’”

Perhaps that’s something she can fall back on if her current career doesn’t pan out. If however, she wins a Tony Award some day, Citrin says, “It would be great to be the first person to get up on stage and thank my family and friends … and unleavened bread.”

Kelly Hartog is a freelance writer living in Los Angeles. She is the founder and editor of Scribblers on the Roof, a Web site devoted to writers of Jewish fiction and poetry.