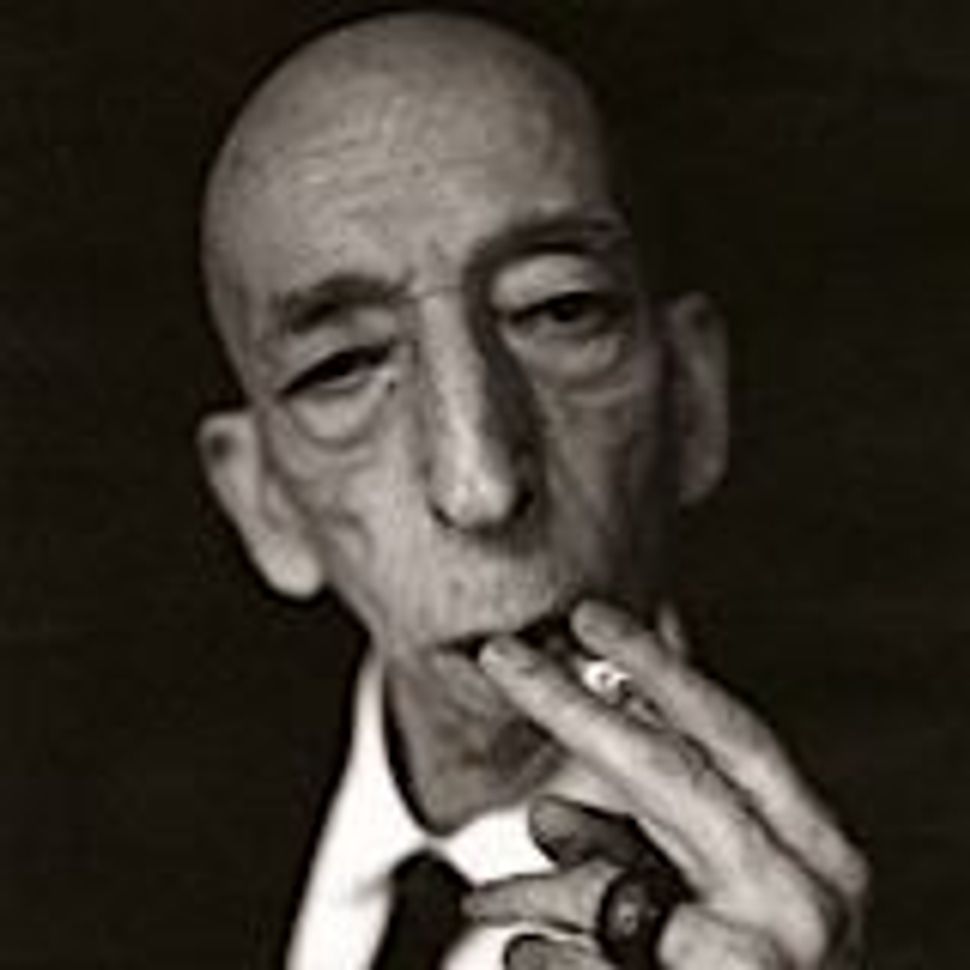 Emilfork’s startlingly bizarre appearance is best known to American film-goers from 1995’s “The City of Lost Children.” In that dystopian fantasy film, Emilfork gave an uncharacteristically vehement performance, whereas during a career which included Cukor’s “Travels with My Aunt” (1972) and Fellini’s “Casanova” (1976), he was a master of cool underplaying, allowing his face to speak for itself.

A recent memoir, “Daniel” by his friend, critic François Jonquet, gives an intimate portrait of Emilfork as a proud Jew whose aristocratic bearing belied the poverty in which he lived. Emilfork came from an Odessa Jewish family (originally named Zapognikof) who fled the pogroms to Chile. There, some distinguished arts personalities continue the family tradition, including the excellent Chilean guitarist Nicolas Emilfork, a grandson of Daniel’s first cousin (see YouTube video below).

In Chile, Emilfork encountered antisemitism at school, and to those who later made uncomplimentary remarks about his appearance, Emilfork would reply, “This face is descended from the Queen of Sheba.” When author Alain Robbe-Grillet said he looked like a gangster, Emilfork retorted: “When your ancestors were still climbing trees, mine were reading the Talmud!” Emilfork chose to live in France because of his adoration of Marcel Proust, although he eventually found out that “very few French people have read Proust!”

In addition to being an actor, Daniel Emilfork was also an expert director, having staged the 1974 Paris production of Elie Wiesel’s “Zalmen or the Madness of God,” as well as playing the role of an old rabbi. As he told Jonquet, in the world of theater he found satisfaction for his “thirst for ritual…I felt an imperious need for the sacred.”

Even four years after Emilfork’s death, his face continues to inspire artists and graphic designers as well as noted writers like Jacques Drillon and Pierre Assouline. Bravo, Daniel!

Watch excerpts of Daniel Emilfork’s performance in “City of Lost Children” below, as well as a performance by his descendant, the gifted Chilean guitarist Nicolas Emilfork.