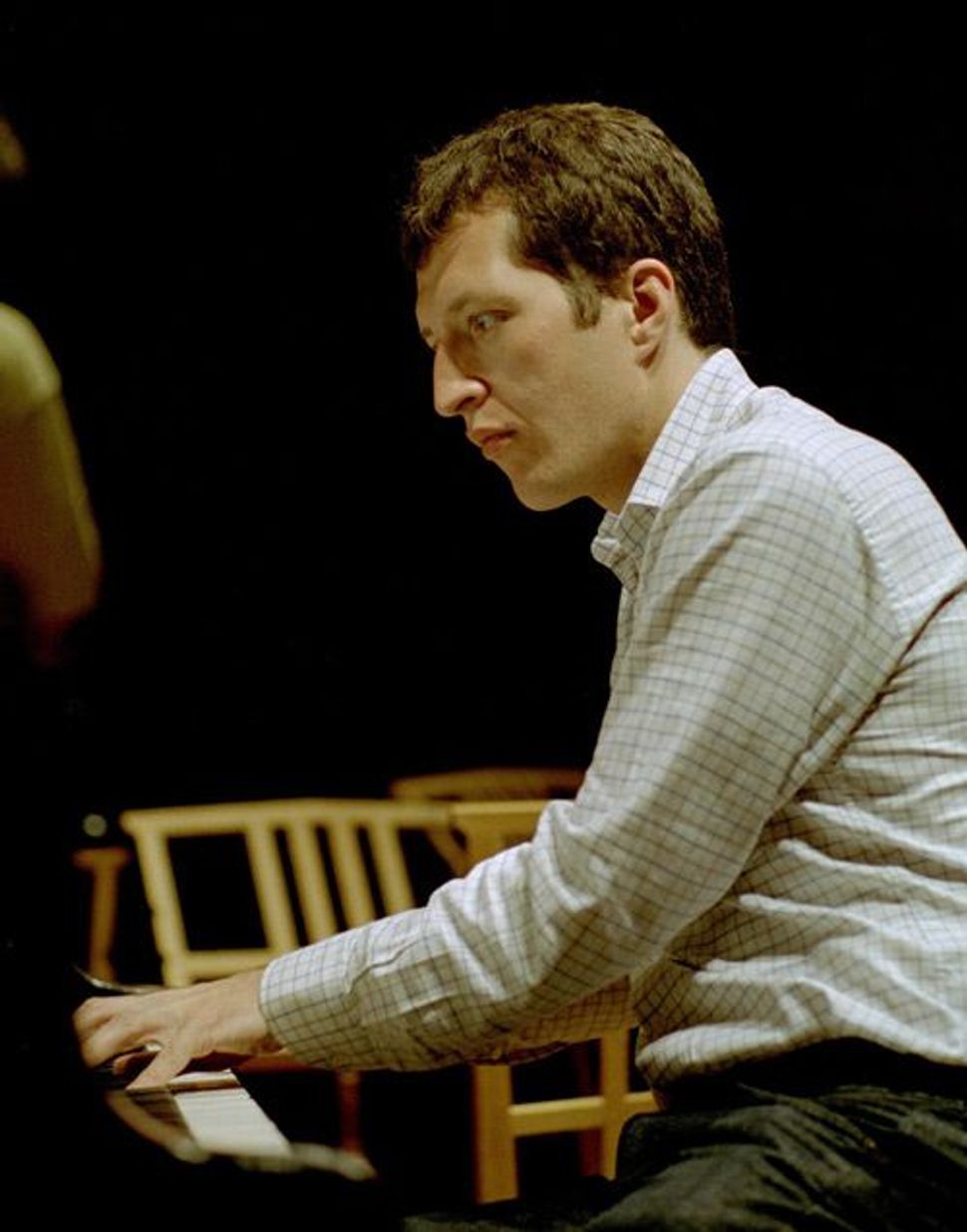 In rare interviews, Adès reveals the gravity and sobriety of a master of ironic double meanings. The title of his 2007 orchestral work “Tevot,” which is being released by EMI Classics on March 23, refers to the Hebrew word for “arks” but also “bars in a piece of music.” Adès told The Guardian that “Tevot” captures the concept of the “ship of the world,” adding: “Watching the orchestra play ‘Tevot’ feels a bit like watching people on a boat, as the music’s being thrown from one side of the orchestra and smashing into the other side, almost as if it’s going to capsize.”

Manhattan concertgoers should experience a similarly wild ride at three upcoming Adès performances at Carnegie Hall on March 19, 24 and 27. They will witness Adès’s highly dramatic pianism as heard on EMI Classics’ CDs of his own chamber music and Schubert’s, as well as his solo works. New Yorkers will also hear Adès conducting with his usual verve, familiar from an EMI Classics CD of his opera “The Tempest.”

The passionate, multi-media vivacity of Adès’s works may in part be associated with his civil partnership since 2006 with the Jerusalem-born filmmaker and graphic artist Tal Rosner, whose visual works are intimately linked with music, whether by Adès or others. Even before he met Rosner, however, Adès surely must have absorbed some of the acute literary awareness of his father Timothy Adès, a noted translator of, among others, the heroic French Resistance poets Jean Cassou and Robert Desnos, the latter a Surrealist poet who died in Theresienstadt.

Thomas Adès’s three Carnegie Hall dates should ideally whet the appetite for a major upcoming New York Philharmonic premiere scheduled for January 6, 7 and 8, 2011, in which the composer will collaborate with Rosner on “In Seven Days (Concerto for Piano with Moving Image).”

Watch an interview with Thomas Adès from 2009: