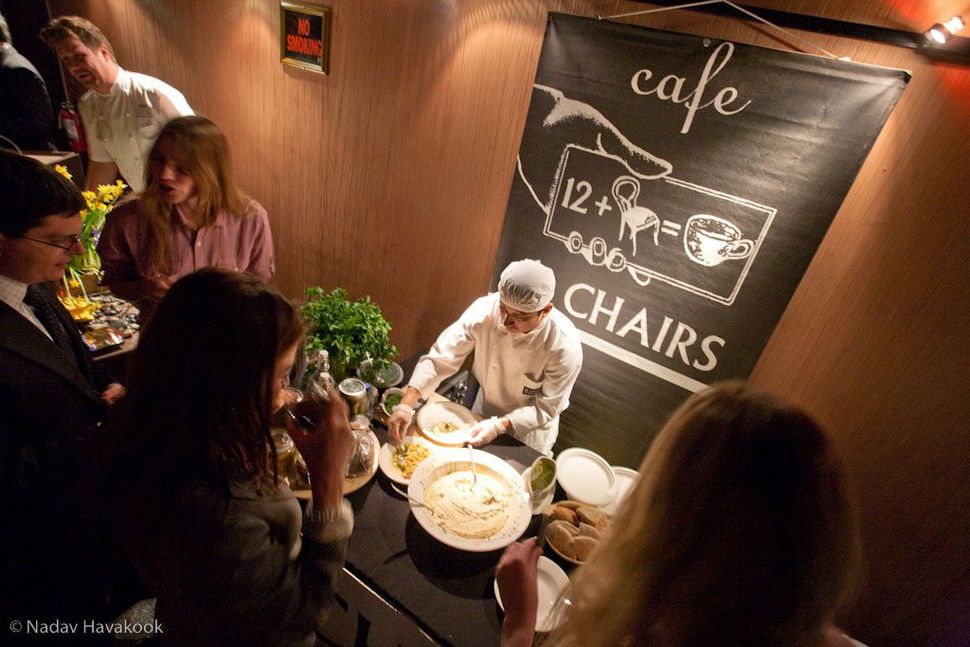 At the Peace Market party at M2 Ultralounge on March 10th, a crowd of over 1,000 people gathered to support Seeds of Peace, an organization founded to promote dialogue between young people living in regions of conflict.

And yet, at least one element of the event actively promoted conflict. The event was host to what organizers believed was the first New York City Hummus Taste-Off, in which four reputable restaurants put their homemade hummus to the test in both a popular vote and a judged taste test.

Entrants attempted to distinguish their offerings from one another by any means necessary. Pera, a Mediterranean bistro near Grand Central, was the sole entrant with warm, rather than room-temperature, hummus. Pera raised the ante even higher with homemade pita chips and pomegranate molasses drizzled over the hummus. “Let’s see them top that,” one Pera server said as he flourished a well-plated offering.

Casa La Femme saw the challenge and met it with dollops of spicy, homemade harissa sprinkled in their hummus (throwing in a free bottle of Perrier-Jouet to attendees who go to their restaurant in the next week was also a spicy touch). Moustache, a Middle Eastern restaurant specializing in “pitza,” brought hummus with more of a peanut butter-like consistency and flavor.

The winner of both the electoral and popular vote, Soho’s 12 Chairs, was the most tahini-like of the entries, with a vivid sesame seed flavoring. I’d argue that the friendliness of the hostesses serving at the 12 Chairs table may have helped them a bit in the judging. But who would begrudge a bit more friendliness where anything related to the Middle East is concerned?