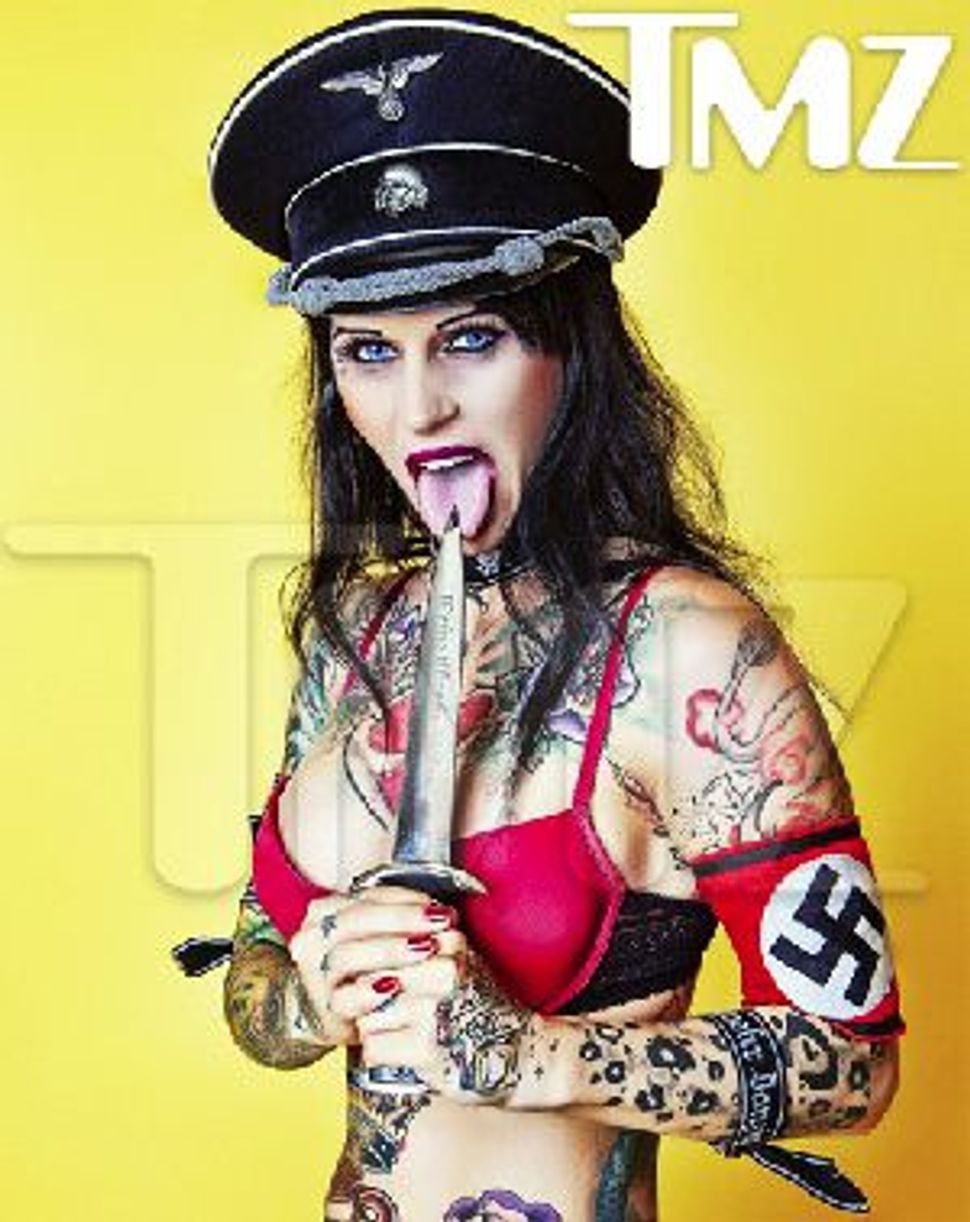 Michelle “Bombshell” McGee, the stripper and tattoo model who allegedly carried on an affair with Sandra Bullock’s biker husband, Jesse James, posed for a photo shoot about a year ago in which she sported a bikini, Nazi cap and swastika armband while licking a dagger.

The celebrity news Web site TMZ, which originally obtained the photos, cited anonymous sources “close to” McGee who claim that, in posing for the photos, McGee was just trying to be “provocative.”

It worked: McGee was dropped from a modeling gig with fashion line Angry White Girl clothing after the pictures surfaced.

TMZ said it was handed the photos by McGee’s ex-husband, who also alleged in child custody documents that she “makes the Nazi salute” and has a strategically placed swastika tattoo, according to the Web site.

Bullock, 45, moved out of the couple’s California home days after news of the affair surfaced.