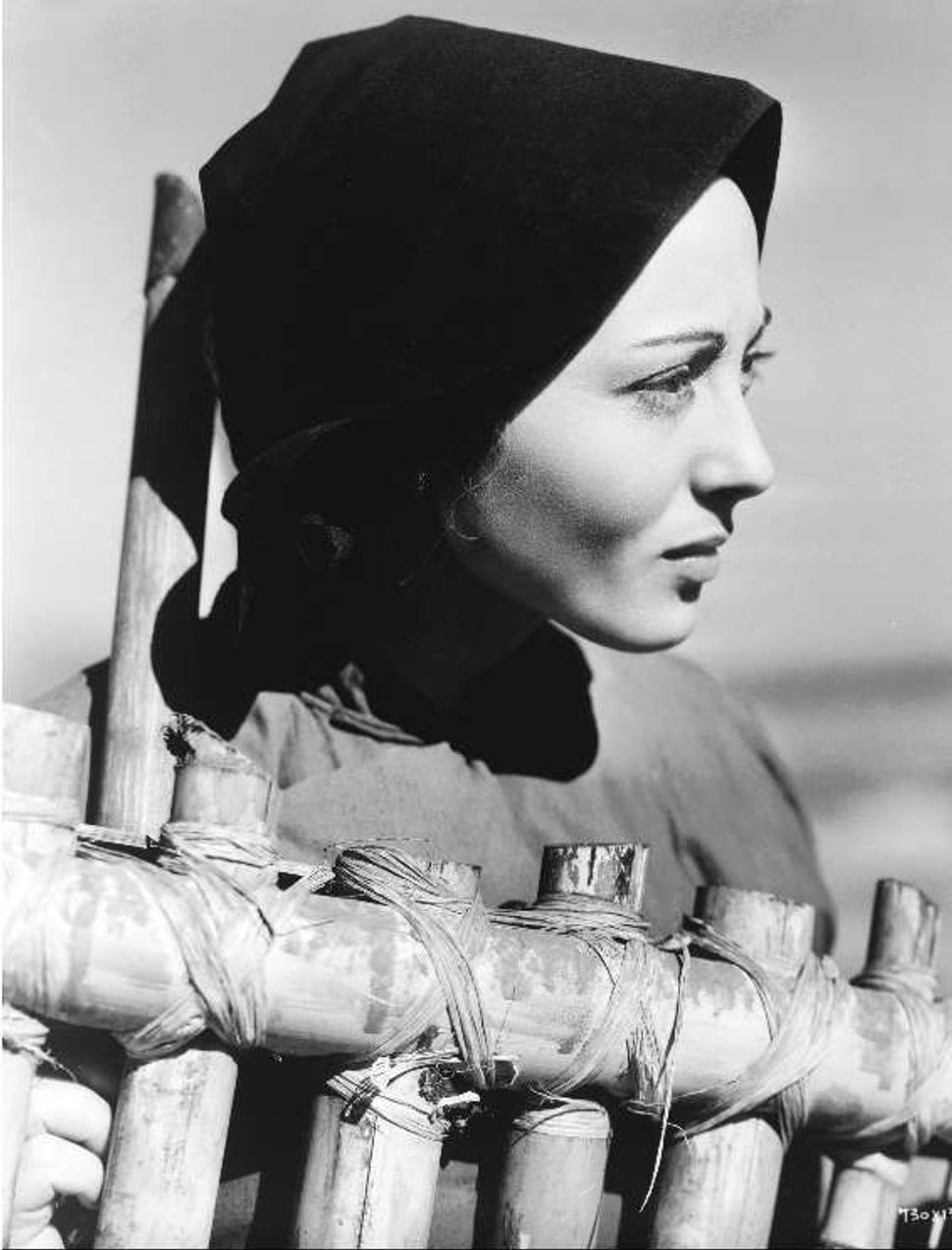 Rainer, who turned 100 in January, will introduce a screening of one of her two Oscar-winning roles, as a tragic Chinese farmer’s wife in 1937’s “The Good Earth.” The previous year, she won her first Oscar for a more giddily dated portrayal of the Polish Jewish entertainer Anna Held in “The Great Ziegfeld.”

While experts in “Hollywood Chinese” concede the solemn grandeur of Muni’s performance in “The Good Earth,” some resentment seems to remain against Rainer for playing a role coveted by the Chinese American actress Anna May Wong. Periodicals like Asianweek decry Yellowface casting, reasonably enough.

Yet other veteran Jewish actors at the TCM Festival are not held to the same stringent standards of political correctness for past performances. 94-year-old Eli Wallach will introduce his turn as the crude bandit Tuco in Sergio Leone’s “The Good, the Bad and the Ugly,” which seems to have mostly entertained, rather than offended, Latino filmgoers.

Also at the TCM Festival, the New Jersey-born Jewish actor Norman Lloyd, 95, will introduce his performance as the eponymous “Saboteur” in Hitchcock’s 1942 film. As the charming 2007 documentary “Who Is Norman Lloyd” recounts, Lloyd’s presence on the film has not been seen as casting a negative light on either Jewish actors or even saboteurs.

Could the shadow of disapproval still hovering over Luise Rainer merely be a form of misogyny, or might it be caused by the avenging ghost of Anna May Wong?

Watch the beginning of Luise Rainer’s 1937 film ‘The Good Earth’: