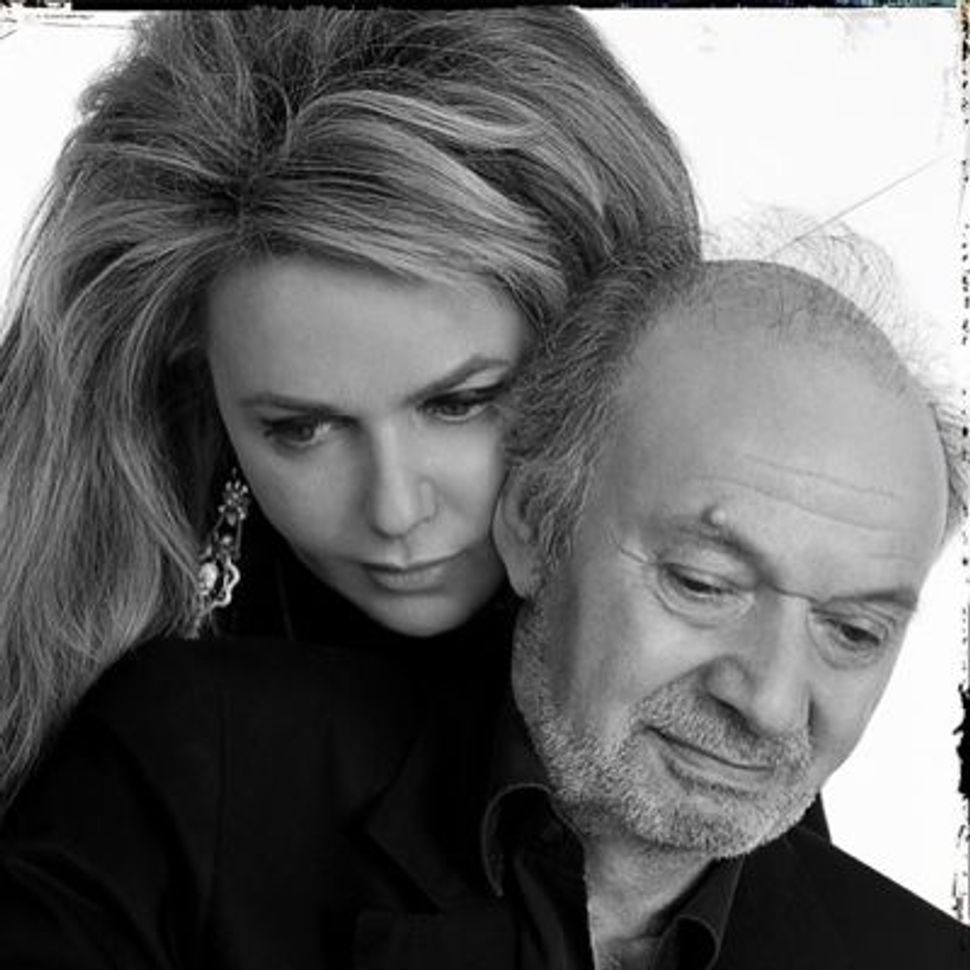 Just over a year ago, Kaddish was recited over the grave of French Jewish film director and producer Claude Berri at the suburban Bagneux Cemetery, known for its large Jewish section. More up-to-date recognition is overdue, and Berri’s longtime companion, the glamorous French Jewish novelist Nathalie Rheims, recently produced a memoir, “Claude” from Editions Léo Scheer in Paris, to provide such a tribute.

A member of the Rothschild family, Rheims is daughter of the French auctioneer and academician Maurice Rheims and sister of the photographer Bettina Rheims. Berri had less artsy origins, born Claude Berel Langmann in 1934, son of a Paris furrier.

Focusing on his Jewish heritage, Berri’s early film “The Two of Us,” (1967) is a semiautobiographical look at a Jewish boy hidden during the Nazi Occupation of France by a grouchy old antisemitic villager while his “Mazel Tov, or The Marriage” (1968) is about a young Israeli who marries into a rich Belgian family. In 1990 Berri returned to the theme of the Occupation in the film “Uranus,” about postwar conflict between collaborationist supporters of Marshal Pétain and Communists in a French village. Rheims’s “Claude” confirms that while unobservant, Berri

loved [religious Jewish] rituals, like those we attended at the home of Angela and Pierre Assouline. They took you back to your origins; the cooking reminded you of your mother Betty’s…

Food was a key element for Berri, and Rheims relates that he was so impatient about eating that it was necessary to order meals from the car while driving to restaurants. Equally voracious about helping young Jewish directors like the Tel Aviv-born Yvan Attal; Alain Chabat of Algerian origin; and Paris-born Noémie Lvovsky Berri also was a fervent art collector. Alain Cohen (who played a version of the 8-year-old Berri) calls “The Two of Us” a “parable about prejudice.” The old man who hates Jews without ever having met one is like someone, says Cohen, “who says he hates tomatoes without ever having tasted one.” In his exuberantly creative life, there are few of the finer artistic pleasures which Claude Berri did not taste.

Listen here to a 1999 French interview with a resonant-voiced Berri (no subtitles, alas).

Watch a video tribute to Claude Berri below.