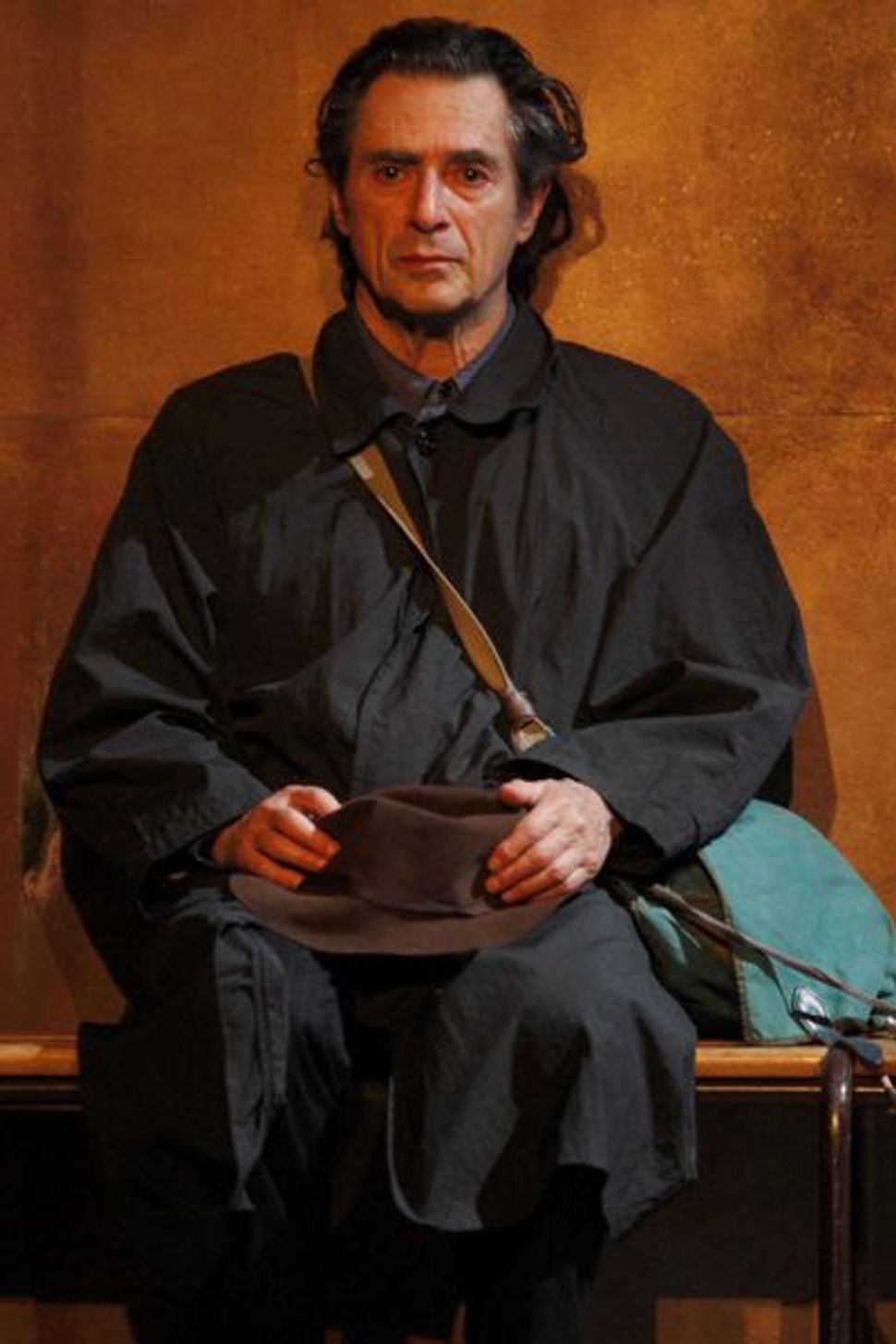 The other evening, a solo performance of Samuel Beckett’s “First Love” (Premier Amour) at New York’s French Institute Alliance Française had an unexpected Jewish aura to it.

Frey has investigated heritage and history in plays like “I Remember” (“Je Me Souviens”), a 1989 staging of a text by French Jewish author Georges Perec, whose parents were murdered at Auschwitz. In 2009, Frey portrayed the patriarch of a Montmartre Jewish family in the French crime film “Mensch.”

Beckett’s text itself has an aura of recent Jewish history. “Premier Amour” was written in 1946, just after the war in which Beckett was active in the French Resistance. As he told a biographer: “I was so outraged by the Nazis, particularly by their treatment of the Jews, that I could not remain inactive.”

The Forward’s Philologos has written about metaphorical references to Judaism in Beckett’s later work, but his 1947 play “Eleutheria” already has a line in which his name, pronounced French style as “Samuel Béké” is described as a “cross between a Jew from Greenland and a peasant from the Auvergne.”

An academic article, “Beckett Judaizing Beckett: ‘a Jew from Greenland’ in Paris” by Jackie Blackman, investigates Beckett’s attachment to other Jews like his former professor Alfred Péron and like Paul Léon, a Polish-born friend and assistant of James Joyce who was deported to his death. These and other alliances are detailed in the fascinating “Letters of Samuel Beckett, Vol. I, 1929–1940” (Cambridge University Press).

Postwar Beckett characters like the narrator in “Premier Amour,” homeless after his father’s death, wandering through cemeteries, confront annihilation and find a measure of laughter, as Sami Frey told one interviewer. Beckett’s subtext of bemused, and sometimes even amused, survival in the post-Holocaust world has duly inspired Jewish creators like sculptor Eva Hesse and choreographer Anna Sokolow.

Watch below as Sami Frey gravely dances the Madison in the 1964 film “Band of Outsiders.”

Watch a promo below for a 2004 short film, “Waiting for Woody Allen,” a parodic appropriation of Beckett “about two quarrelsome Hasidic men.”