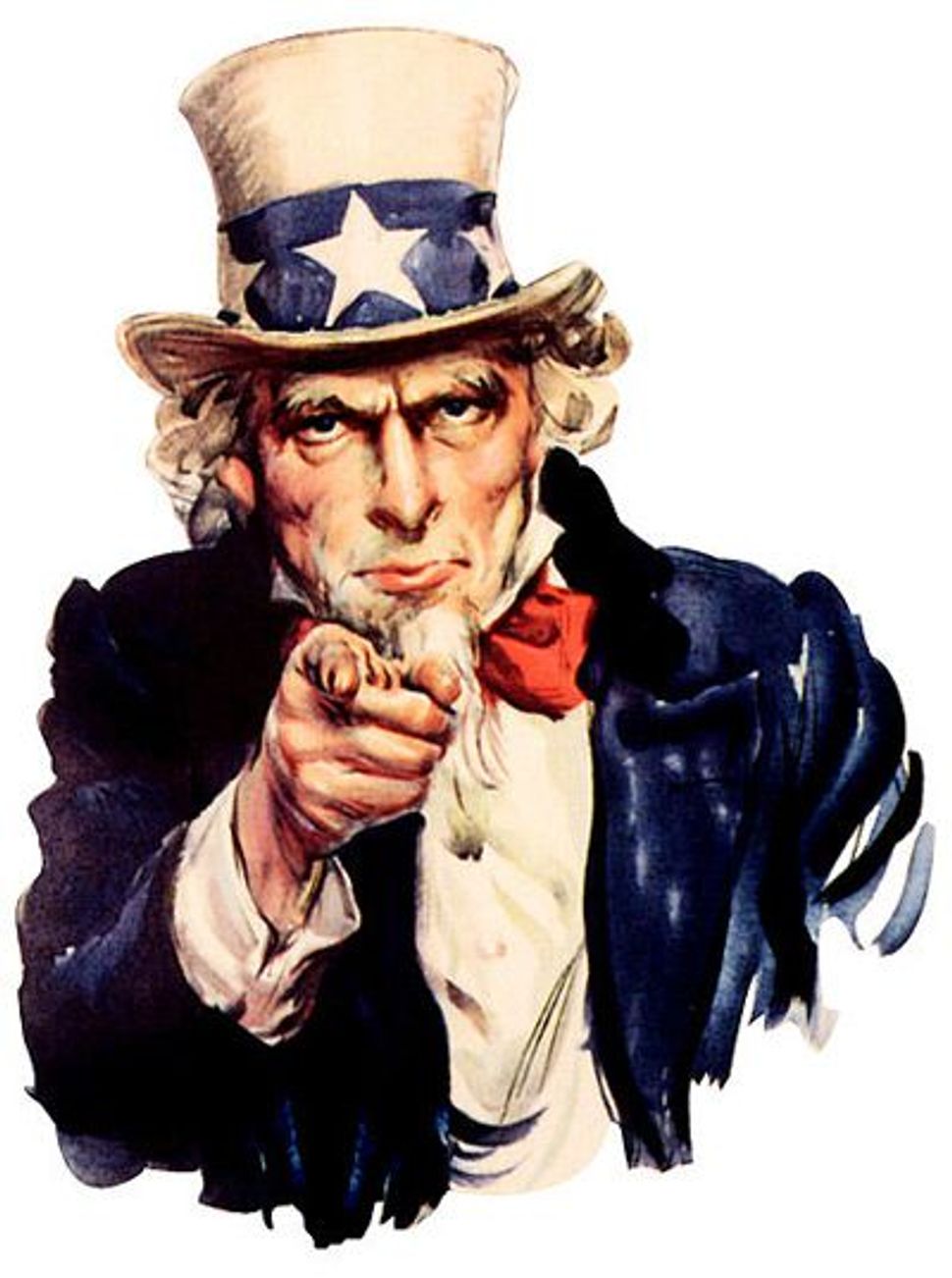 Uncle Sam says ?pay your taxes, it?s in the Talmud.?

How Jewish is tax time? It’s not like there’s a special feast or fast to commemorate it. Yet, there is a principle in the Talmud that discuses your obligation to pay.

Considering the coast to coast presence of H & R Block, America’s approach to tax time is pretty Jewish. Ponder this as you shlep your box of receipts to one of their over 10,000 offices. H & R Block is the brainchild of Henry and Richard Bloch, two nice Jewish boys from Kansas City who in 1955 had some innovative ideas about filling out tax forms.

Up until that time, the IRS had provided free assistance with your taxes. Henry Bloch, who had attended the Harvard Business School, realized that, as the free program was phased out city by city, there would be an opening for a new tax preparation business especially for “the little guy.” Soon joined in the business by his brother Richard, a Wharton Business school graduate, the two Blochs had opened over 200 offices by 1962.

According to the company website, “They named the company “Block” because their family name, “Bloch,” had always been difficult for people to pronounce and spell. “Block” was simpler and could be spelled phonetically.”

Regardless of spelling, what does Jewish law say about our obligation to p-a-y? Save yourself a trip to a different Jewish professional — the tax attorney. If you consult the Talmud you will find there is no way out, “The law of the land is law.”

In an article (forthcoming in Journal of Accounting, Ethics and Public Policy) “The Ethics of Tax Evasion: A Jewish Perspective,” Gordon Cohn says the Talmudic principle behind our obligation to pay is “dina damalchusa dina,” which means literally “that one is required to keep the laws which the king has established” and which principle has entered western civilization as “Render unto Caesar what is Caesar’s.”

The fact that we have an “Uncle” (Sam) and not a “King” (Herod or George III) does not get us off the hook. According to Cohn, “From Maimonides and similar writings, commentaries claim that whenever a populace elects a government and they agree to its laws dina damalchusa dina applies.”