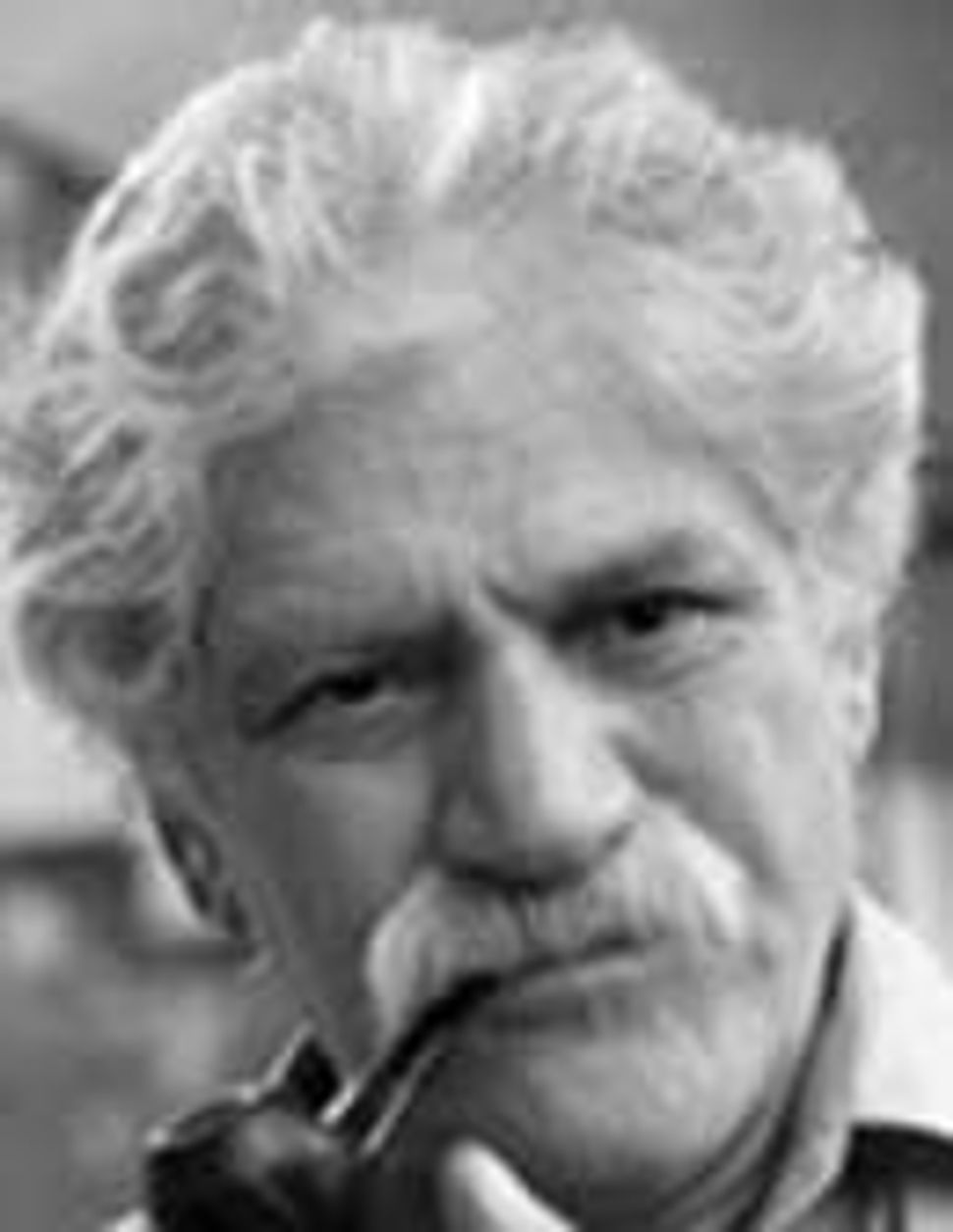 The Austrian-British writer Jakov Lind, (born Heinz Landwirth to a Viennese Jewish family) led a wildly adventurous life of the kind which other authors, like Jerzy Kosinski, merely invented for themselves.

After the 1938 Anschluss, Lind (1927-2007) was sent on a “kindertransport” (children’s train) to Holland. There, in 1943, he went underground, posing as a Dutch laborer. To better conceal his true identity, he obtained a job for the rest of the war inside Nazi Germany as courier for the Luftwaffe.

He reached Palestine in 1946, by again lying about his identity, and from there he moved to London, where he would remain. This complex trajectory underlies the authentically harsh aggressiveness of his books, three of which have recently been reprinted: “Soul of Wood,” (NYRB Classics); “Landscape in Concrete (Open Letter Books); and “Ergo.”

Joshua Cohen has noted his importance in the pages of the Forward and all three of the novels are skillfully translated by New York-born Jewish translator Ralph Manheim (1907- 1992), whose career began with a 1943 translation of Hitler’s “Mein Kampf” (Houghton Mifflin), and later featured “Eichmann Interrogated: Transcripts from the Archives of the Israeli Police,” (Da Capo Press, 1999) from the trial of Adolf Eichmann in Jerusalem.

Such grim material was good preparation for Lind’s prose, which narrates the unimaginable with uncommon savagery. Lind’s depiction of wartime life has been likened to “The Good Soldier Svejk” a satirical 1923 novel by Jaroslav Hasek, but Lind lacks the humor and human warmth of Hasek, being closer to Bertolt Brecht’s later brutalist, profane dramatization, “Schweik in the Second World War.”

The title novella in “Soul of Wood” is about a one-legged World War I veteran who, when World War II begins, drags a paralyzed Jewish boy to a mountain hideaway after his parents are deported. Returning to Vienna, the veteran is locked up in a lunatic asylum where he helps a psychiatrist to euthanize other patients.

Lind’s world is a grotesque nightmare, yet as time elapses from the unbearable historical incidents alluded to in these cruel stories, a wider public has finally found the courage to face them. As “Writing After Hitler: The Work of Jakov Lind,” (University of Wales Press; 2001) a collection of scholarly articles, explains, Lind’s works explore the implications of living and writing “after all that occurred under Hitler.”

Watch Jakov Lind’s daughter, Oona Lind Napier, read from his prose at the “Deya Hey Days Poetry Festival” at Deià on the Spanish island of Majorca.