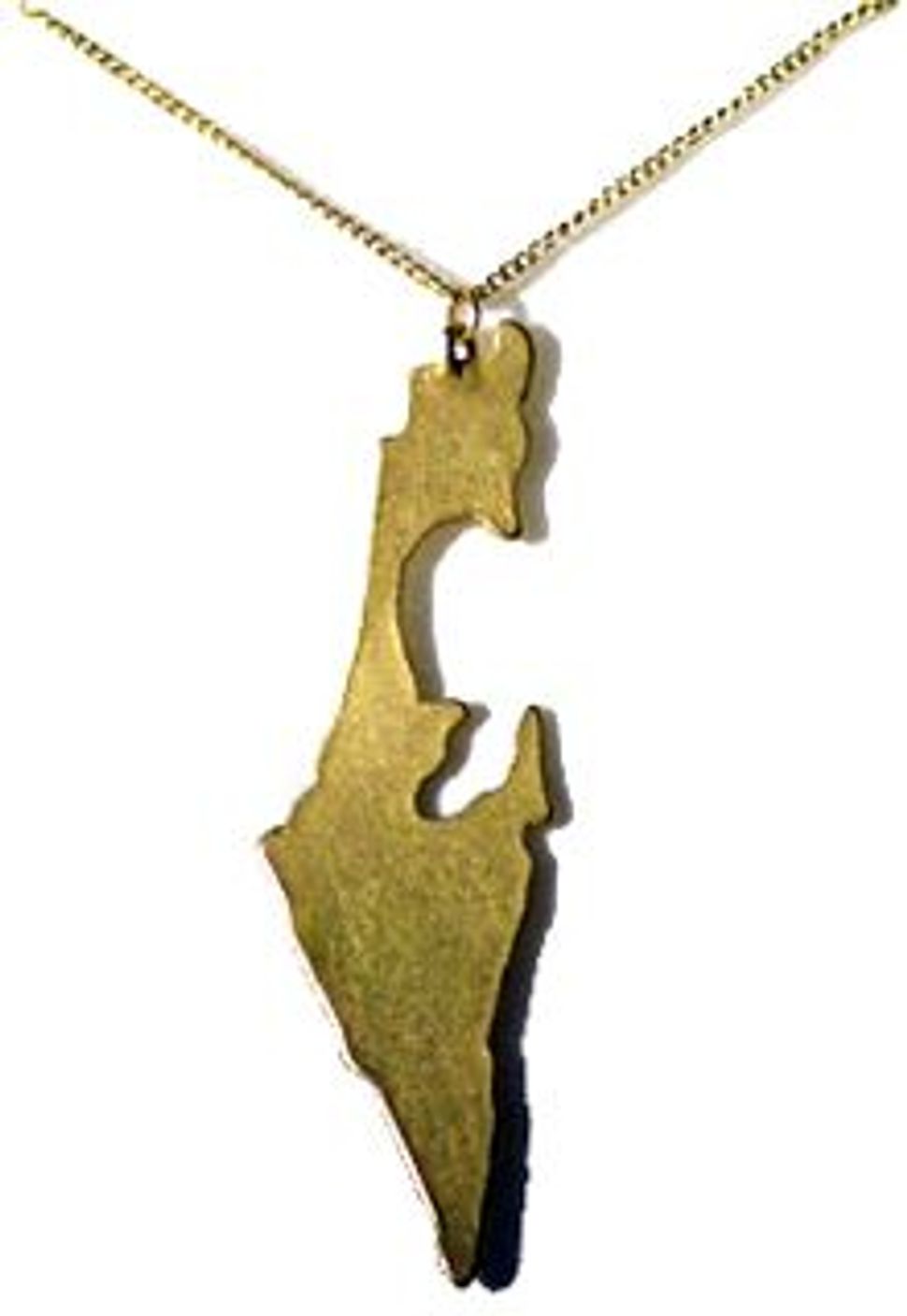 A tiny map of Israel is making a big statement.

The “My Israel” necklace, designed by Israeli artist Elanit Leder, features a charm shaped like the country, but with a large chunk conspicuously missing: the West Bank and Gaza Strip.

The politically charged jewelry, available in gold, silver and gold-plated silver, is being sold in the U.S. on the Web site Modern Tribe, which timed the release of the necklace to coincide with Yom Ha’atzmaut, Israel’s Independence Day.

Before putting 10 necklaces up for sale, Modern Tribe founder Jennie Rivlin Roberts uploaded some snapshots onto Facebook last month to gauge feedback from friends tuned into Israeli politics. Comments in both English and Hebrew ranged from enthusiastic to appalled.

But for both Roberts and Leder, the heated responses — and the resulting dialogue — mean the same thing: mission accomplished.

“I put [the necklace] up knowing that it would be something that would get people thinking about the complexity of the situation and having discussions” about the current land negotiations that the U.S. is trying to broker between Israelis and Palestinians,” Roberts said.

Leder, 38, who lives in Tel Aviv and describes herself as left-wing, said that the “provocative” necklace depicts a realistic portrayal of Israel and, more importantly, “lets people reflect on the situation.”

“Practically, it’s Israel,” she said, “because I cannot go to Gaza and Chevron, and I can’t go to Ramallah. This is the safe Israel for me, so to call it. … This is the Israel that we practice.”