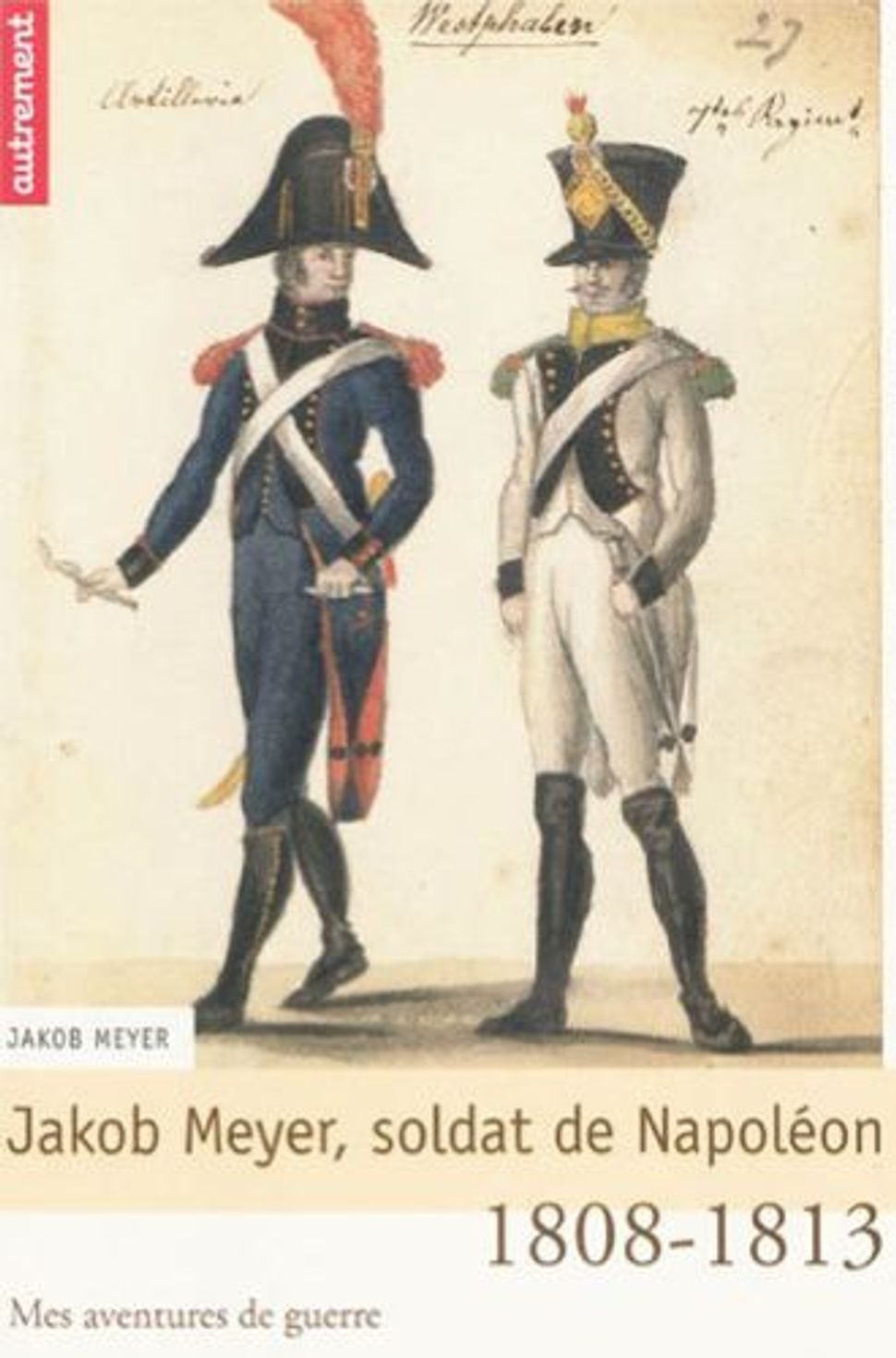 European publishers are reminding readers about Jewish soldiers who volunteered for battle. Paris’s Éditions Autrement recently published the memoir, “Jakob Meyer: Soldier for Napoleon, 1808-1813” (Jakob Meyer, Soldat de Napoléon) about a Göttingen resident who felt gratitude to Napoléon for founding the Kingdom of Westphalia in parts of present-day Germany, in which Jews gained residential status akin to post-Revolutionary France.

In 1808 Napoléon would withdraw many rights for French Jews, but Westphalian Jews retained their comparative advantages. As a Napoleonic soldier marching through Poland and Russia, Meyer describes how he was well treated by local Jews, even being hidden in a Minsk yeshiva after escaping from a Russian prisoner of war camp. Reprinted by Meyer’s descendants in 1934 to remind the Nazis (to no avail) that German Jews had fought for their Fatherland, particularly in Russia, “Jakob Meyer: Soldier for Napoleon” is long overdue for translation into English.

A more ambiguous, newly available book about an army volunteer is “A Jewish Soldier for Garibaldi” (Un Ebreo Garibaldino) by Joseph Marcou-Baruch, newly reprinted from BFS edizioni in Pisa, Italy. Constantinople-born Joseph Marcou-Baruch (1872-1899) was a pioneering Zionist who fled his adopted homeland of France in 1894, under suspicion of having participated in the assassination of French president Sadi Carnot.

Like many Italian Jews, Marcou-Baruch believed that Garibaldi’s unification of Italy would improve conditions from that nation’s previously isolated aristocratic and Catholic fiefdoms. Eventually he concluded bitterly that any “social contract” for Europe’s Jews was “impossible, unfeasible, a chimera.”

Marcou-Baruch’s solution, universal emigration of European Jews to Palestine, was criticized by contemporary Jews like the Bulgarian historian Gabriel Arié, whose “A Sephardi Life in Southeastern Europe” (University of Washington Press) includes an 1895 slating of Marcou-Baruch as a “scoundrel” whose Zionist activities in Bulgaria were seen as “very dangerous for the Jews of Bulgaria and Turkey.” Marcou-Baruch definitely lived dangerously, but his suicide at age 27 was due to a romantic disappointment, rather than any of his disparate political allegiances. Another intriguing text which deserves prompt translation into English.