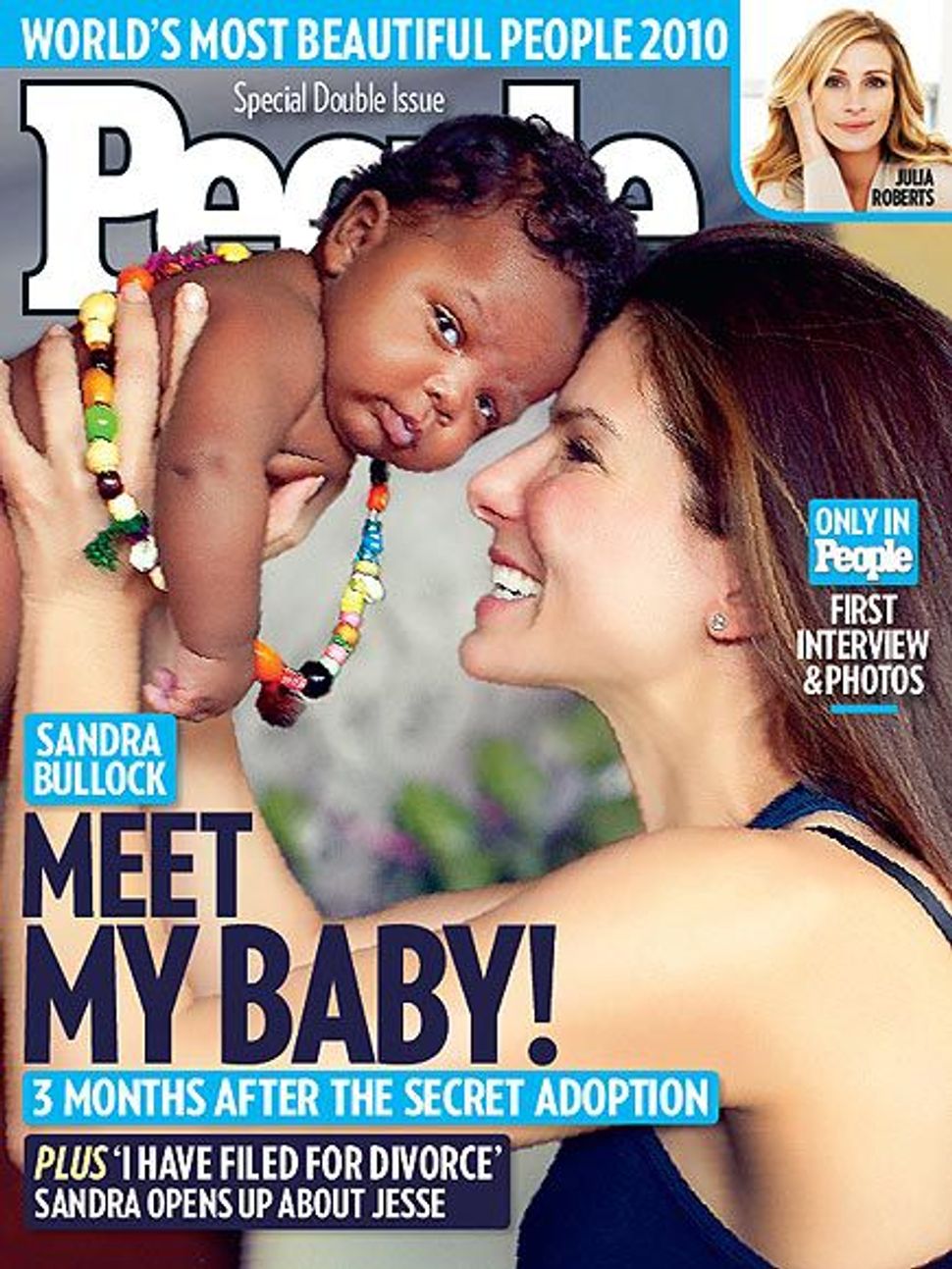 Sandra Bullock’s husband, Jesse James, may have been photographed in Nazi garb, giving a Nazi salute, but Bullock wants to make it perfectly clear that she’s no antisemite. And she went so far as to have a bris for her newly adopted son, Louis.

Because she and James wanted to keep the adoption a secret until after the Oscars — where Bullock won an award for her leading role in “The Blind Side,” — she explained, “a friend of ours helped arrange for a bris [Jewish circumcision ceremony] at the house, because we couldn’t go [to the hospital for the procedure]. The mohel [a person trained in the practice] came to us,” she told People magazine.

Amid rumors of James’ cheating, Bullock has since filed for divorce, and said she plans to raise Louis on her own. Of the infamous photo of James doing a Hitler-style salute, Bullock told People:

The photo shocked me and made me sad. This is not the man I married. This was stupid, this was ignorant. Racism, anti-Semitism, sexism, homophobia, anything Nazi and a boatload of other things have no place in my life. And the man I married felt the same.

That interview comes on the heels of accusations by James’ own father that he was intrigued by Nazi culture from a young age. Larry James was recorded saying:

In a statement to People, James said, “I have always taken great pride in proving people wrong. That time has come once again to show that I am not what everyone says I am.” He has yet to apologize for that photo.