A Hebrew School Dropout’s Guide To Religion and Weight Loss 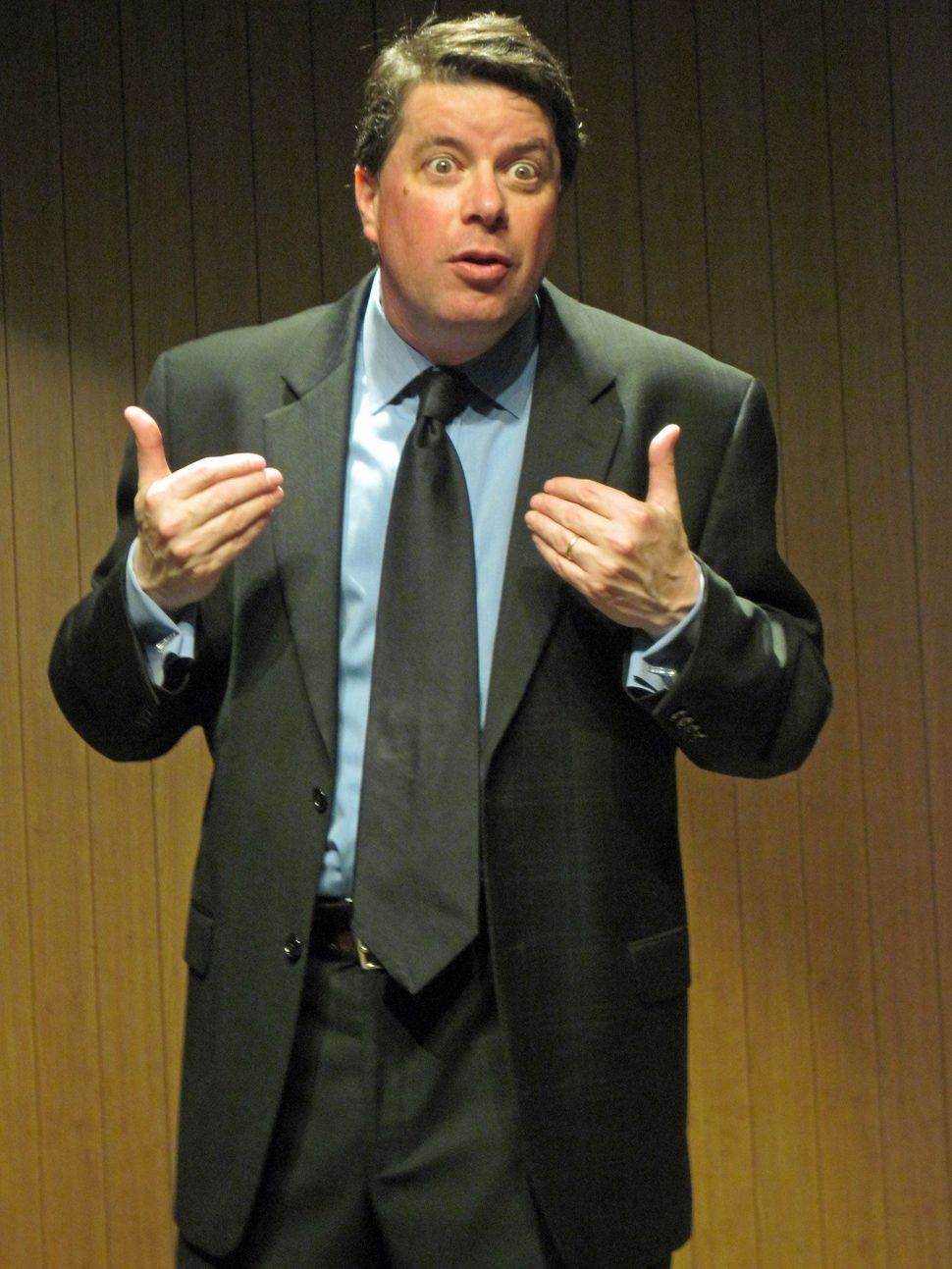 It’s completely appropriate — and not a little ironic — that Dave Konig’s crisis-of-faith monologue, “Hebrew School Dropout,” is opening off-Broadway at the Actor’s Temple Theater, which is also the functioning synagogue known as Congregation Ezrath Israel. “[I] Love the Actors’ Temple,” Konig wrote the Forward in an e-mail. “You know who used to go there? Two of The Three Stooges!”

Konig’s comic confessional — which opens May 19 after previews and a month of New Jersey tryouts — deals with his conflict as a self-described “lousy Jew” who “never fit in with the other Jews who were also lousy Jews… But it didn’t seem to bother them,” as he laments onstage. Not so for Konig, who not only converted to Catholicism, but ended up a de facto spokesman for the Catholic Church, hosting a radio talk show called “The Catholic Channel” on satellite radio.

“God has a particularly strange sense of humor,” Konig wrote. “But two years of working for the Church was enough to send me running back to temple. No knock on Catholicism itself, which brings peace and joy to so many faithful, but… a very wise man — a fellow comedian (I get most of my spiritual guidance from fellow comedians) — once said to me, ‘God made you a Jew for a reason, now it’s up to you to figure out what that reason is.’” That journey provides most of the fodder for “Hebrew School Dropout,” whose complete title reads “Hebrew School Dropout or: How I Converted From Judaism to Catholicism and Back to Judaism AND Lost Those Stubborn Last Ten Pounds!”

A onetime child actor and longtime television personality — he hosted HBO’s R-rated “HardcoreTV” and the Emmy-winning “Subway Q & A” on New York’s Metro TV cable channel – Konig now occupies what the New York Times called “the show biz D-list,” and sounds like he’s having the time of his life exploring his issues in public. “Because I am — you should pardon the expression — a ham, I’m doing a lot of figuring out on stage,” he wrote. “And so far audiences — Jews and Catholics (and Zoroastrians even) — seem to be enjoying the process with me.”

A Hebrew School Dropout’s Guide To Religion and Weight Loss